Carnegie Hall's
Early Childhood Programs
Reach Hundreds of
Families this Season in
New York City,
Across the Country
and the World

The Lullaby Project,
Which Offers New and Expectant
Parents the Chance to Write
Personal Lullabies for their Babies in
Collaboration with Professional Artists,
Celebrates its 10-Year Anniversary 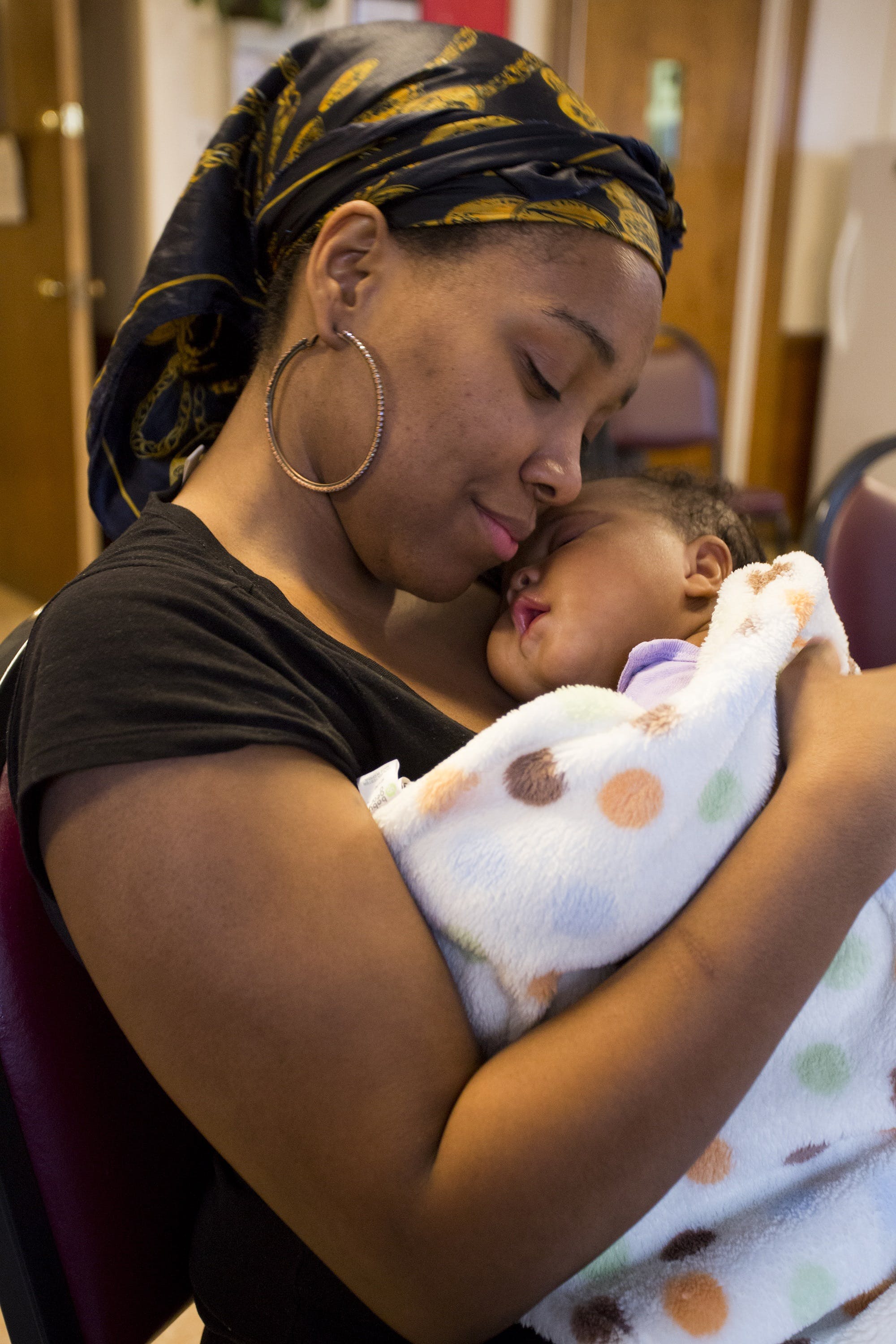 Celebrating its 10th anniversary this season, the Lullaby Project pairs new and expectant parents and caregivers with professional artists to write and sing personal lullabies for their babies, supporting maternal health, aiding child development, and strengthening the bond between parent and child. Over the past 10 years, the Lullaby Project has experienced tremendous growth. The first Lullaby Project took place at Jacobi Medical Center in the Bronx in December 2011, and since then more than 2,800 families have written original songs for their children, hundreds of which are available for listening and sharing on Carnegie Hall’s Lullaby Soundcloud page, which currently has nearly 89,000 listens in more than 50 countries. Partners in New York City, nationally, and across the globe serve nearly 600 families annually. Click here to watch as parents reflect on the impact of the Lullaby Project.

“The footprint of the Lullaby Project has expanded exponentially over the past 10 years, reaching more families each year due to the deep community partnerships that we’ve established across New York City, the United States, and the globe,” said Tiffany Ortiz, Director, Early Childhood Programs for Carnegie Hall’s Weill Music Institute. “The power of lullabies resonates broadly—we have seen how writing a lullaby connects parent and child, promotes early childhood development, empowers parents to be sensitive and creative caregivers, and much more. It has been meaningful to watch the project blossom from its inaugural pilot in New York City to being adapted for communities around the world.”

Through the Lullaby Project, parents are offered a creative opportunity to communicate feelings, hopes, and dreams for their child, working side by side with professional musicians to write lyrics and music. Lullabies have been written in more than 20 different languages and a wide range of musical styles, reflecting the diverse backgrounds of families that participate in the program. At the end of the songwriting process, each parent receives a recording of their lullaby to listen to and sing with their baby to further support parent-child bonding and early childhood development.

Select lullabies are also performed live each year as part of the Lullaby Project’s Celebration Concert. On Friday, June 10 at 5:00 p.m., parents, musicians, and community partners will celebrate original songs created as part of the project. The concert will be available for audiences to livestream on Carnegie Hall’s Facebook and YouTube channel.

Extending across the country and through international programs, the Lullaby Project enables nearly 50 partner organizations (26 across the US and 22 abroad) to support hundreds of families in their own communities. Partners support the creation of new lullabies in a variety of models, adapting the program to best meet the needs of their community and families. Click here for a current list of Lullaby Project partners across the US, ranging from Washington and Texas to Pennsylvania and Vermont, as well as international partners in Canada, Europe, South America, the Middle East, and Oceania. The annual Lullaby Project international convening took place earlier this season on January 13-14, providing professional development sessions for new and prospective partners led by expert teaching artists, consultants, and researchers.

Since the start of the pandemic, Lullaby Project professional artists have been connecting directly with families across the United States to write personal lullabies in free, one-on-one online sessions, which parents and caregivers have been able to sign up for on Carnegie Hall’s website.

Sing with Carnegie Hall—the weekly interactive free online video series for families and young children—kicked off its second season on Saturday, February 12. Sing-along videos cover a range of imaginative topics including nature, community, family, and dreams to encourage connection, well-being, and creativity for families with little ones (ages 3-6) at home. Each video is hosted by Carnegie Hall teaching artist Emily Eagen and features special guests—including Grammy Award-winning singer-songwriter Clay Ross and Grammy Award-nominated singer Eleni Arapoglou—leading families in original and beloved songs from around the globe. Through March 12, videos premiere each Saturday on the Hall’s Facebook and YouTube page channels and following are available for on-demand viewing on the Hall’s website at carnegiehall.org/sing.


Sing with Carnegie Hall returns after a successful first season in February 2021 that featured six videos that inspired kids to discover new music and move and sing to classic playtime songs. All of the episodes from the premiere run are available to stream for free on Carnegie Hall’s website.

Big Note, Little Note, a 10-week music class for New York City families, offers a range of experiences for families and caregivers to engage with their babies through musical play, singing, instrument exploration, and more. The program, offered at no cost, is centered around community, and supports family well-being, early childhood development, and parent-child connection. Big Note, Little Note piloted in the Hall’s 2020-2021 season and has since offered three workshop rounds each season. The next set of classes for caregivers and infants begins in mid-March, in partnership with Harlem Children’s Zone. A selection of short videos and an accompanying “Music Moments” activities series is available for parents everywhere on the Big Note, Little Note webpage, each dedicated to a specific early childhood topic such as movement, brain building, language, play, soothing exercises, rhythm, and more. Additionally, a playlist with original songs inspired by the themes of the class is available on SoundCloud.

“In April 2021 while on maternity leave, I enrolled in the Big Note, Little Note online music class with my three-month-old son, Jacob ... It was something that helped with [our] bonding and [his] development … As a new mom, I realized that everything became a song—even something as simple as changing a diaper. Jacob’s face would light up with laughter when I sang or played music.”—Stacyann (Big Note, Little Note participant)

Over the past two years, Carnegie Hall has significantly expanded its free digital offerings for families, collated in a family resource page, which is filled with fun activities that promote musical learning and play with children. Favorite activities include a video for parents on singing a simple lullaby; an animated video series featuring music from Camille’s Rainbow, a new early childhood performance for babies; tips on writing and singing your own lullaby; a playlist featuring a collection of Lullaby Project favorite songs for singing with your baby; interactive games; and coloring books that help children learn about musical instruments and icons, such as Duke Ellington.

Public support has been provided by the NYC Health+Hospitals Arts in Medicine Department, with support from the Laurie M. Tisch Illumination Fund. Additional support is provided by the Manhattan Borough President and the Department of Health and Mental Hygiene.