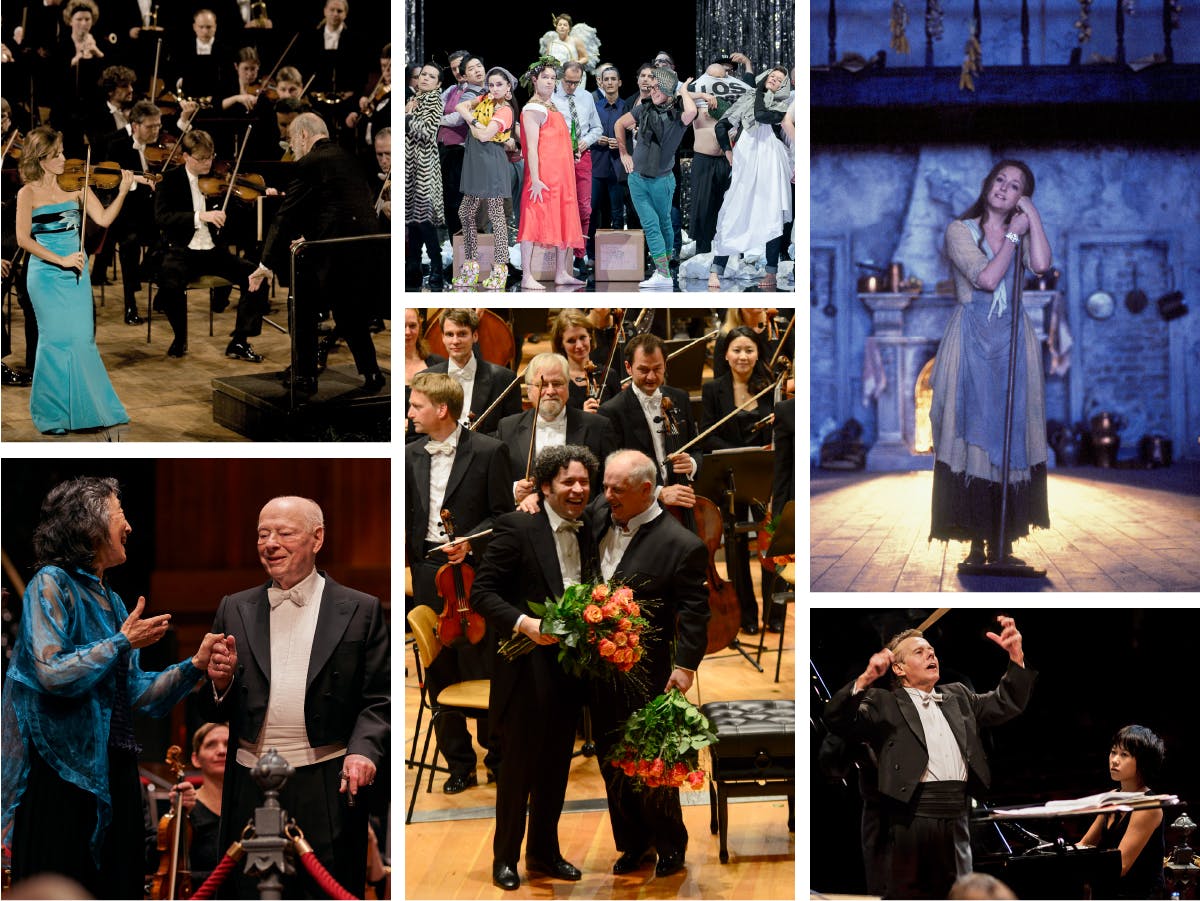 (For Immediate Release: March 18, 2022, NEW YORK)—Carnegie Hall today announced new programming that has been added this month to Carnegie Hall+, a new premium subscription video on-demand channel, curated by Carnegie Hall, that offers instant access to unforgettable performances by celebrated artists from renowned stages all around the world.

Available in the United States and internationally on the Apple TV app, the premium channel is aligned with Carnegie Hall’s mission to bring the transformative power of music to the widest possible audience. New program offerings will be added to the channel monthly, creating an ever-growing destination for the best arts programming.

• Esa-Pekka Salonen & Orchestre de Paris with Katia and Marielle Labèque
In a revelatory program with the Orchestre de Paris, Esa-Pekka Salonen—an authoritative interpreter of the music of Bartók—conducts this 2015 performance at the Philharmonie de Paris featuring the composer’s Concerto for Orchestra, Dance Suite, and the rarely heard Concerto for Two Pianos and Percussion with the pioneering duo piano Labèque sisters.

• Rameau’s Platée with William Christie and Les Arts Florissants
Conductor William Christie, renowned for his work in French Baroque opera, leads his ensemble, Les Arts Florissants, in a 2020 production directed by Robert Carsen of Rameau’s hilarious and unconventional farce, Platée, originally written for the wedding of the Dauphin of France, son of Louis XV, at Versailles in 1745.

• Music by Debussy with Herbert von Karajan & Berliner Philharmoniker
Herbert von Karajan’s performances of French music were revered for their refinement of detail and lustrous color palette—qualities displayed in this memorable interpretation of Debussy’s sensuous and haunting early masterwork Prelude to the Afternoon of a Faun, performed by the Berliner Philharmoniker in 1978.

Carnegie Hall+ also adds three performances this month featuring Daniel Barenboim, showcasing his accomplished work on the podium and at the keyboard:

• Brahms’s Piano Concertos with Staatskapelle Berlin
Conductor for life of the 450-year-old Staatskapelle Berlin, Barenboim appears as soloist in Brahms’s piano concertos—towering cornerstones of the Romantic repertoire—performing under the baton of Gustavo Dudamel in this 2014 concert at the Philharmonie Berlin.

Launched in December 2021, Carnegie Hall+ was created through a partnership between Carnegie Hall and Unitel, the world’s leading classical music audiovisual producer and distributor. Presentations featured on the channel—including full-length concerts, operas, dance, documentaries, artist profiles, and family programming—will be selected from Unitel’s stellar catalog, one of the largest of its kind in the world, and curated by Carnegie Hall.

Founded more than 50 years ago in Munich, Germany by Leo Kirch and Herbert von Karajan, Unitel has worked with artists for more than half a century to capture landmark performances and productions utilizing the latest available technology. Given the company’s long-standing emphasis on quality, Carnegie Hall+ enables viewers to create an optimal home theater experience, offering state-of-the-art video and audio formats with all presentations offered in high-definition (HD) and newer programs available in 4K Ultra HD (4K UHD) and Dolby Atmos.


In its initial launch phase, Carnegie Hall+ is available to music lovers as a premium channel on the Apple TV app in the United States and 61 territories worldwide, including Australia, Canada, South Africa, and the United Kingdom. The channel will soon expand into other Apple TV territories and languages. It will become available on additional service providers later this year.

Carnegie Hall+ is currently available to customers in English in the US and 61 territories worldwide through Apple TV channels on the Apple TV app on iPhone, iPad, Apple TV, iPod touch, Mac, popular smart TVs from Samsung, LG, Sony, VIZIO, TCL, and others, Chromecast with Google TV, Roku and Amazon Fire TV devices, and PlayStation and Xbox consoles.

Customers can sign up for a seven-day free trial and subscribe directly to Carnegie Hall+ on the free Apple TV app for $7.99 per month (prices may vary by country).