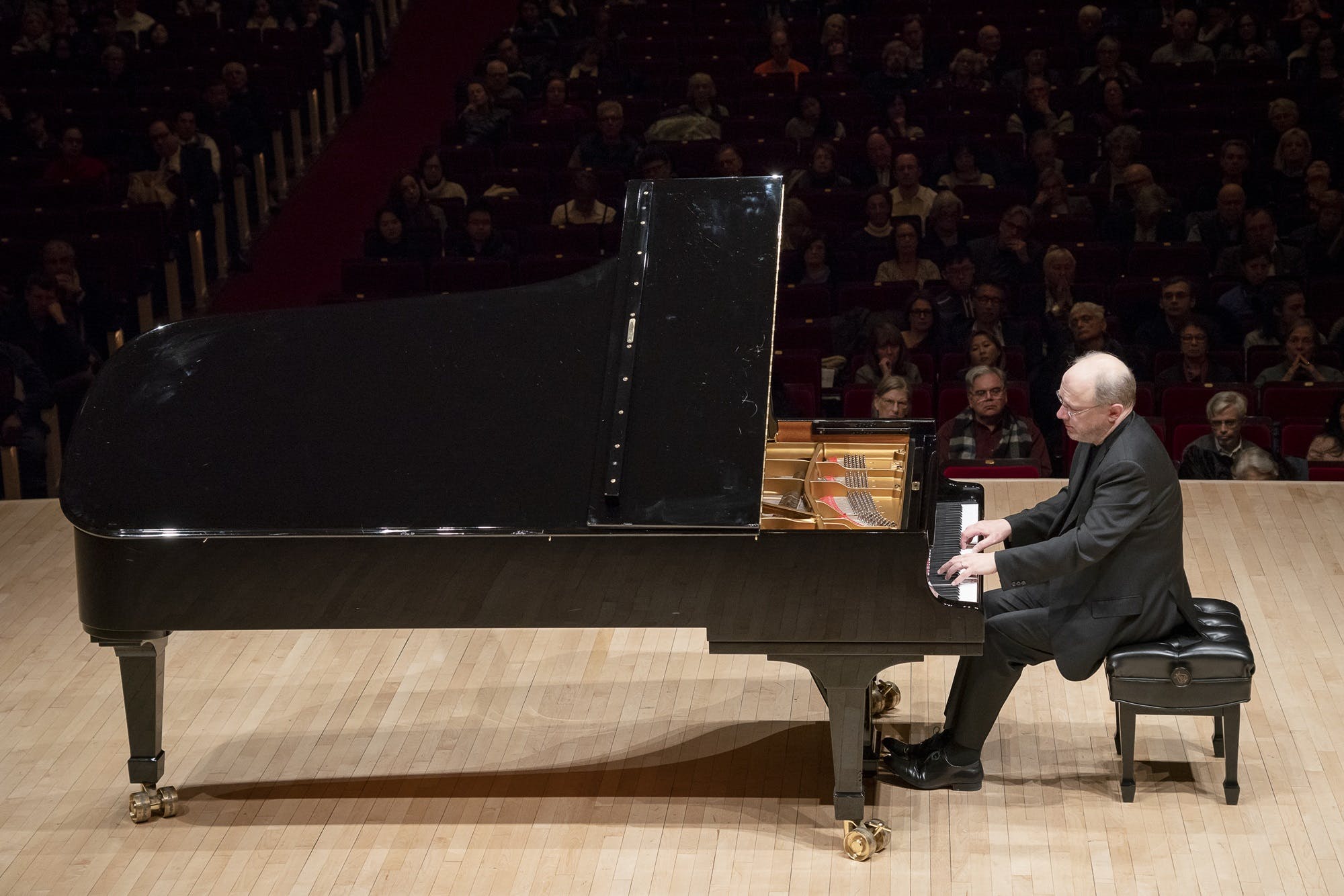 (For Immediate Release, New York, NY, March 29, 2022)—Carnegie Hall announced today that pianist Sir András Schiff must regrettably withdraw from his recital scheduled for this Thursday, March 31 at 8:00 p.m. as he recently suffered a fall and is not allowed to travel to the United States at this time. Pianist Marc-André Hamelin has agreed to step in for Sir András performing works by C.P.E. Bach and Beethoven. The complete updated program information is below.

Tickets for Sir András Schiff’s recital will be honored at Thursday night’s performance by Marc-André Hamelin.

Ticketholders with questions can call CarnegieCharge at 212-247-7800 or email feedback@carnegiehall.org.

About The Artist
“A performer of near-superhuman technical prowess” (The New York Times), pianist Marc-André Hamelin is known worldwide for his unrivaled blend of consummate musicianship and brilliant technique in the great works of the established repertoire as well as for his intrepid exploration of the rarities of the nineteenth, twentieth, and twenty-first centuries. Mr. Hamelin regularly performs around the globe with the leading orchestras and conductors of our time and gives recitals at major concert venues and festivals worldwide.

During the 2021–2022 season, Mr. Hamelin premieres a new piano concerto by Michael Gandolfi with the Atlanta Symphony Orchestra and Robert Spano. He also appears with the Dresden Philharmonic and Marek Janowski, in addition to performances of Brahms’s Piano Concerto No. 2 with the Lucerne Symphony Orchestra, Czech Philharmonic, Tonhalle-Orchester Zűrich, Bremen Philharmonic (with which he also performs Brahms’s First Piano Concerto), and orchestras across North America. A highlight of the season includes duo recitals with Leif Ove Andsnes at Wigmore Hall, Amsterdam’s Muziegebouw, Bozar Brussels, Vienna Konzerthaus, and in San Sebastian, Spain with additional recital appearances in Berlin, Munich, Santa Fe, New York, Edmonton, and London.

Mr. Hamelin is an exclusive recording artist for Hyperion Records where his discography spans more than 70 albums with notable recordings of a broad range of solo, orchestral and chamber repertoire. In January 2022, they released a two-disc set of C.P.E. Bach’s sonatas & rondos that received wide critical acclaim and chart success.

Mr. Hamelin has composed music throughout his career with nearly 30 compositions to his name. The majority of those works—including the Études and Toccata on L’Homme armé, commissioned by the Van Cliburn International Piano Competition—are published by Edition Peters. His other most recent work, Suite à l’ancienne (Suite in the old style), was premiered in February 2021 by pianist Rachel Naomi Kudo with funding from her Gilmore Young Artist Award.

Mr. Hamelin makes his home in the Boston area with his wife, Cathy Fuller, a producer and host at Classical WCRB. Born in Montreal, he is the recipient of a Lifetime Achievement Award from the German Record Critics’ Association and has received seven Juno Awards and 11 Grammy Award nominations, the 2018 Jean Gimbel Lane Prize in Piano Performance from Northwestern University’s Bienen School of Music and, in December 2020, was awarded the Paul de Hueck and Norman Walford Career Achievement Award for Keyboard Artistry from the Ontario Arts Foundation. He is an Officer of the Order of Canada, a Chevalier de l’Ordre du Québec, and a member of the Royal Society of Canada.

This concert is made possible, in part, by The Gary C. and Ethel B. Thom Fund for Piano Performance and Education.

Tickets: $39–$130. Tickets are available at the Carnegie Hall Box Office, 154 West 57th Street, or can be charged to major credit cards by calling CarnegieCharge at 212-247-7800 or by visiting the Carnegie Hall website, carnegiehall.org.

Please note: To support a safe reopening for in-person events and in accordance with the advice of medical and public health experts, everyone entering Carnegie Hall this season will be required to show proof of full vaccination against COVID-19 with a vaccine approved by the World Health Organization (WHO). In addition, everyone on Carnegie Hall’s premises will be required to wear a properly fitting mask over the nose and mouth at all times.