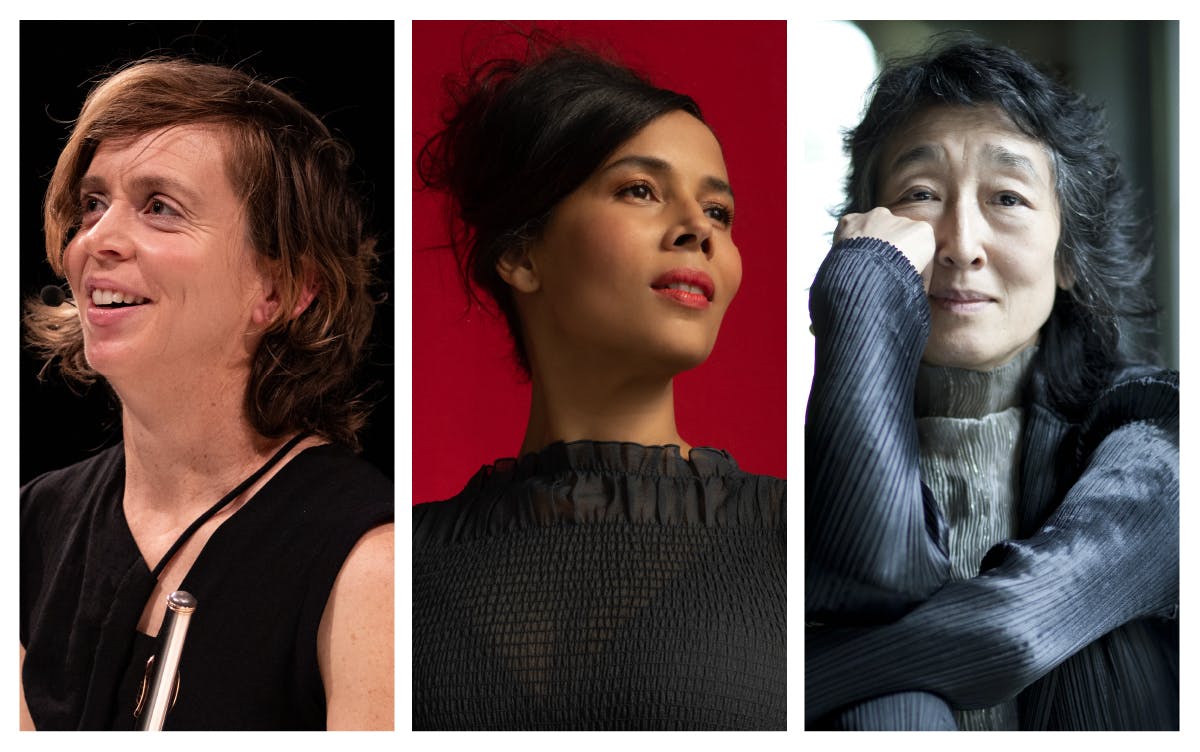 (For Immediate Release: April 26, 2022, NEW YORK)—Carnegie Hall today announced programming for its 2022–2023 season, including more than 150 concerts by many of the world’s leading artists and ensembles, plus a wide range of innovative education and social impact programs created by Carnegie Hall’s Weill Music Institute, serving audiences in New York City and beyond.

“Since Carnegie Hall reopened from its extended closure seven months ago, it has been inspiring to see how much it has meant to artists, audiences, trustees, supporters, and staff to come together and enjoy live performances by amazing artists from all around the world,” said Clive Gillinson, Carnegie Hall’s Executive and Artistic Director. “Because New York City’s extraordinary cultural offerings have been available to audiences in this great city for as long as anyone can remember, it has been easy to take them for granted. Since the pandemic closed everything down for so long, audiences everywhere have come to appreciate anew just what an incredibly rich destination this is for arts and culture, and how, without them, every great city loses its heart and soul.”

“As we reach the final months of this reopening season, we are thrilled to look ahead to our incredible line-up of performances for 2022–2023,” he continued. “It’s a year anchored by series specially curated by our exceptional Perspectives and Debs artists, providing greater insight into the worlds of these phenomenal musicians with programs that open doors to beloved repertoire, the shared history of different musical traditions, and ambitious new works. Overall, we have created a season filled with superb programs by the leading artists of our time, spanning early music to works written today, building on Carnegie Hall’s aspiration to be a home for the best of every genre of music—a place where people of all ages and areas of life are inspired to come and explore.”

Curated concert series by three acclaimed musicians are programmatic focuses in 2022–2023. One of the most beloved artists of our time, pianist Mitsuko Uchida curates a multi-event Perspectives series next season, treating audiences to some of the repertoire for which she is most renowned. In this launch year of her Perspectives—which will take place over the next three seasons—Ms. Uchida will be featured in solo and concerto performances, in her long-term collaboration with the Mahler Chamber Orchestra, and in public talks and master classes with aspiring musicians of the next generation.

Singer-songwriter and multi-instrumentalist Rhiannon Giddens curates a four-concert Perspectives next season, shining a light on the shared history of a variety of musical traditions around the world, the complex history of Black influence in American music, and more. Giddens joins three other leading female banjo players for Songs of Our Native Daughters, drawing on historic sources and personal narratives to bring to life stories of struggle, resistance, and hope from a powerful Black female perspective. She performs twice during her Perspectives with multi-instrumentalist and frequent collaborator Francesco Turrisi, including a program featuring songs from their Grammy Award-winning album They’re Calling Me Home, recorded in Ireland during the COVID-19 lockdown. Giddens also collaborates with women and non-binary members of the Silkroad Ensemble (of which she was recently appointed artistic director) and Tuscarora/Taino singer-songwriter Pura Fé on a program connecting the music of indigenous North America to the world.

Flutist and innovator Claire Chase is holder of the Richard and Barbara Debs Creative Chair for the 2022–2023 season. As part of her residency, she presents the continuation of Density 2036—her 24-year project to commission an expansive body of music for the flute—leading up to the centennial of Varèse’s groundbreaking 1936 flute solo, Density 21.5. Chase’s Debs programs will revisit early Density works and include the world premiere of a new work by Icelandic composer Anna Thorvaldsdottir, commissioned by Carnegie Hall. Chase’s residency also includes a program paying tribute to her late mentor Pauline Oliveros in advance of her 90th birthday, as well as her Carnegie Hall solo orchestral debut, performing Kaija Saariaho’s Aile du songe with the Helsinki Philharmonic Orchestra led by Susanna Mälkki.

Stemming from these three Perspectives and Debs series—curated by and featuring many leading female artists—a thread runs through Carnegie Hall’s entire 2022–2023 season focusing on the contributions made by women in every facet of music. This includes conductors leading some of today’s top orchestras, vocalists and instrumentalists, composers who have made history like Clara Schumann and Florence Price as well as those who are among the most exciting creatives working today. The scope of their artistry, both onstage and off, will be explored throughout the year with more programming details to come.

Highlights of Carnegie Hall’s 2022–2023 season will also include performances by many of the finest orchestras from around the world, including the City of Birmingham Orchestra with Music Director Mirga Gražinyte-Tyla and the Los Angeles Philharmonic with Music and Artistic Director Gustavo Dudamel, with both orchestras making their first Carnegie Hall appearances in more than 30 years; and the Helsinki Philharmonic Orchestra performing for the first time at Carnegie Hall since 1968 under the direction of Chief Conductor Susanna Mälkki.

The new season features concerts by Andris Nelsons with the Boston Symphony Orchestra; Yannick Nézet-Séguin with both The Philadelphia Orchestra and The MET Orchestra; Gianandrea Noseda with the National Symphony Orchestra; Kirill Petrenko with the Berliner Philharmoniker (in his first appearances as the orchestra’s Chief Conductor); Christian Thielemann with the Vienna Philharmonic; and Franz Welser-Möst with The Cleveland Orchestra.

In February 2023, the Lviv National Philharmonic Orchestra of Ukraine and Principal Guest Conductor Theodore Kuchar will make their Carnegie Hall debut with a program to include music by Brahms and Dvorák. Ukrainian-American pianist Stanislav Khristenko joins the orchestra in his Stern Auditorium / Perelman Stage debut performing Tchaikovsky’s Piano Concerto No. 1.

Celebrating the 150th birthday of Sergei Rachmaninoff, pianist Yuja Wang joins Yannick Nézet-Séguin and The Philadelphia Orchestra for an unprecedented program in January 2023 featuring all four of the composer’s piano concertos, plus the Rhapsody on a Theme of Paganini, marking the first time that the complete concertos will ever have been performed together at Carnegie Hall.

Also featured in 2022–2023: the Sphinx Virtuosi, a chamber orchestra featuring alumni of the prestigious Sphinx Competition, return this fall with a concert that culminates the 25th anniversary year of the Sphinx Organization; and the Hall’s traditional December concerts with the New York String Orchestra conducted by Jaime Laredo.

Featured among a wide variety of vocal and instrumental performances next season are a number of performances featuring all-star duos, including recitals by mezzo-soprano Anne-Sofie von Otter with fortepianist Kristian Bezuidenhout; soprano Renée Fleming with pianist Evgeny Kissin; and violinist Joshua Bell with pianist Daniil Trifonov.

Among the season’s chamber music performances: The MET Orchestra Chamber Ensemble returns this season for its six-concert series with programming that aligns with operas presented this season on The MET’s stage and musical collaborations with Paul Appleby, Joyce DiDonato, Ryan Speedo Green, Joshua Hopkins, Eric Owens, and Yannick Nézet-Séguin.

In December 2022, violinist Itzhak Perlman will be joined by musical friends—pianists Emanuel Ax and Jean-Yves Thibaudet, and the Juilliard String Quartet—for an evening of music by Leclair, Mozart, and Chausson. In February 2023, violinist Anne-Sophie Mutter and the Mutter Virtuosi play the New York premiere of Unsuk Chin’s Gran Cadenza for Two Violins in addition to works by Vivaldi, J.S. Bach, and Saint-Georges. That same month, violinist Midori performs a solo violin sonatas and partitas by J. S. Bach.

In May 2023, an astonishing lineup of internationally renowned musicians including violinists Gidon Kremer and Maxim Vengerov; cellist Steven Isserlis; pianists Evgeny Kissin and Lera Auerbach; and the Emerson String Quartet comes together to celebrate the centenary of Andrei Sakharov—the physicist, humanist, and Nobel Peace Prize winner for championing universal human rights, disarmament, and peace, in whose name the European Union established the Sakharov Prize for Freedom of Thought.

Jazz performances next season include appearances by innovative pianist and composer Helen Sung with her ensemble and the infinitely versatile Harlem Quartet; as well as a performance by Grammy Award winner, drummer, and composer Terri Lyne Carrington blending jazz, indie rock, and hip hop with her sextet Social Science.

Of note: For the first time in many years, the Zankel Hall stage will be transformed into an in-the-round configuration, offering concertgoers a new and unique setting in which to experience music at Carnegie Hall. The Hall’s flexible underground concert venue will be reconfigured over the course of eight days from January 19–27, 2023. Five performances spanning multiple musical genres have been programmed with the Zankel Hall Center Stage format in mind, including programs featuring yMusic; Third Coast Percussion with choreographers and movement artists Jon Boogz & Lil Buck; Claire Chase; Rhiannon Giddens and Francesco Turrisi; and Kronos Quartet.

Extending the reach of music-making on Carnegie Hall’s stages to listeners around the world, Carnegie Hall and WQXR FM in New York will partner for a twelfth consecutive year to produce Carnegie Hall Live, an engaging live radio broadcast and digital series featuring performances from throughout the Hall’s season. This year’s series will launch on September 29 with Carnegie Hall’s Opening Night Gala performance featuring The Philadelphia Orchestra under the baton of Yannick Nézet-Séguin. The full 2022–2023 broadcast schedule will be announced at a later date.

Mastercard® is the Official Payment Partner of Carnegie Hall.