One of the themes of our upcoming 120th anniversary celebration is Tchaikovsky in St. Petersburg, with programs that explore Tchaikovsky’s influence on other St. Petersburg artists, from Balanchine to Fabergé. On social media in the weeks that lead up to our Opening Night on October 5, we turn our focus to Tchaikovsky in New York, as his first trip to the United States was in 1891 to conduct at Carnegie Hall’s original opening night celebration.

Tchaikovsky kept a record of his experiences in diaries throughout his life, and the diary from his time in New York reveals his surprise and appreciation of the star treatment he received from American audiences. We will delve into excerpts from Tchaikovsky’s diary on Facebook and Twitter to explore New York and Carnegie Hall from his perspective, so follow us on social media to read more.

Additionally, our 120th Anniversary Mobile App, which will be released early next month, includes a walking tour of sites that Tchaikovsky visited during his stay in New York City, complete with then-and-now images. Stay tuned for more information about how to download this free app for iPhone and Android so you can follow in the footsteps of Tchaikovsky. 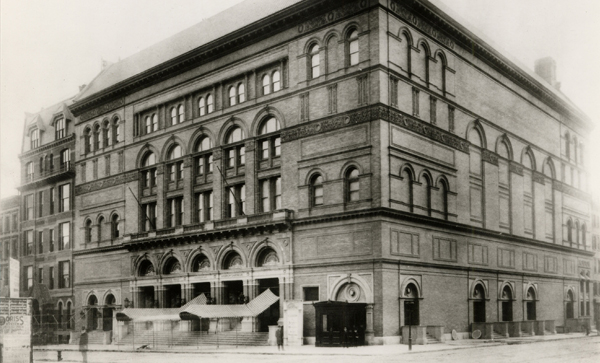