Legendary singer-songwriter and musician Bob Dylan made his Carnegie Hall debut 50 years ago tonight (November 4) when he gave a performance in Carnegie Chapter Hall—the small auditorium once located above what is now Weill Recital Hall.

This was the 20-year-old Dylan's first New York concert beyond the Greenwich Village coffeehouse scene. When the booking was made, it was recorded in the booking ledger only as "Folk Concert," along with the name of the promoter (Izzy Young). The Carnegie Chapter Hall booking fee for one of the most auspicious Carnegie Hall debuts of the 1960s was $60. All tickets were priced at $2. The artist's site records the set list for that night as:

Although Dylan later became synonymous with "the never ending tour," he played only five more concerts at the Hall. The final pair took place on the same date—January 20, 1968.

Below is the flyer for Dylan's debut. 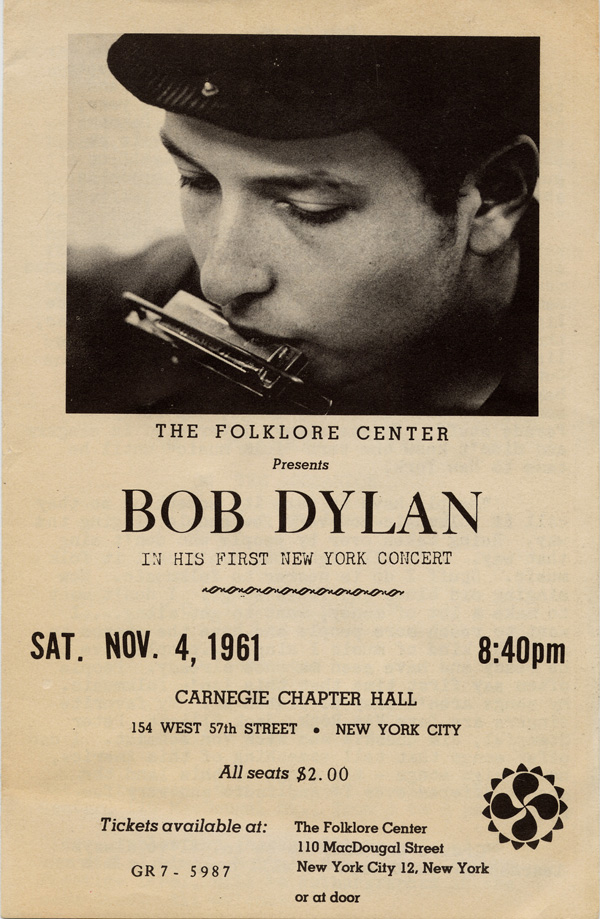