We recently marked the half-century anniversary of Bob Dylan's Carnegie Hall debut. Hot on the heels of that came another milestone in popular-music history. On this day, November 29, in 1961, country music superstar Patsy Cline made her first and only appearance at the Hall, when she was one of more than a dozen performers who participated in a concert given by Nashville's Grand Ole Opry to benefit the Musician's Aid Society.

The New York Times preview of the concert noted that Cline—along with Marty Robbins, Jim Reeves, Faron Young, and The Jordanaires (more famous as Elvis Presley's backup singers)—represented the "more modern country music styles" of the day. A representative of the Grand Ole Opry reassured readers that, "We won't try to be dramatic or 'uptown.' We'll give them a regular 'Opry' show." Of Cline's star turn that night, Times reviewer Robert Shelton noted only that, "Patsy Cline, a modern popular singer, had a convincing way with 'heart songs,' the country cousin of the 'torch song.'"

Tragically, Patsy Cline died less than two years after her Carnegie Hall debut, when the private plane on which she was a passenger—along with her manager (and pilot) Randy Hughes, Cowboy Copas, and Hawkshaw Hawkins—crashed on March 5, 1963, near Camden, Tennessee. She was just 30.

The Grand Ole Opry—which first came to the Hall back in 1947—returned in 2005 for an 80th anniversary celebration, bringing such star names as Trace Adkins, Vince Gill, Alison Krauss, Ricky Skaggs, Charley Pride, and Trisha Yearwood.

Below are some archival treasures from Patsy Cline's sole Carnegie Hall appearance. 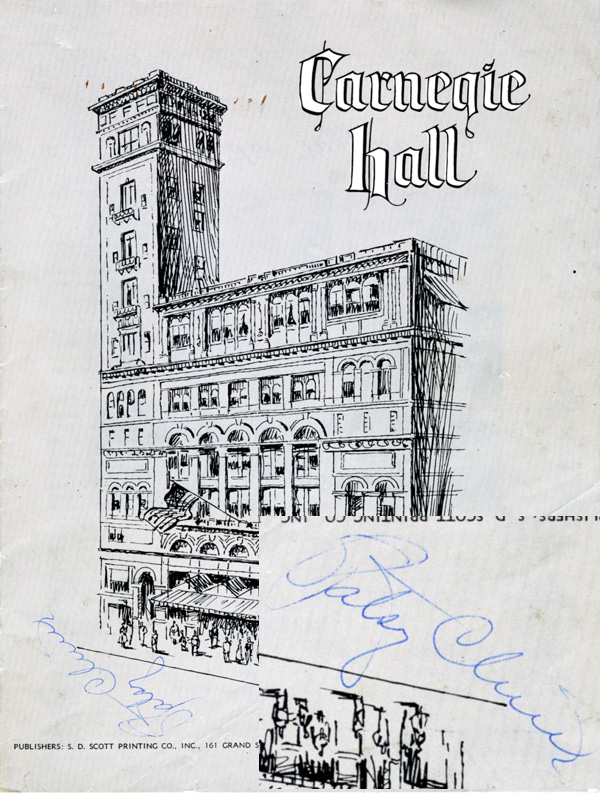 Patsy Cline–autographed program from November 29, 1961 (with detail of her signature). 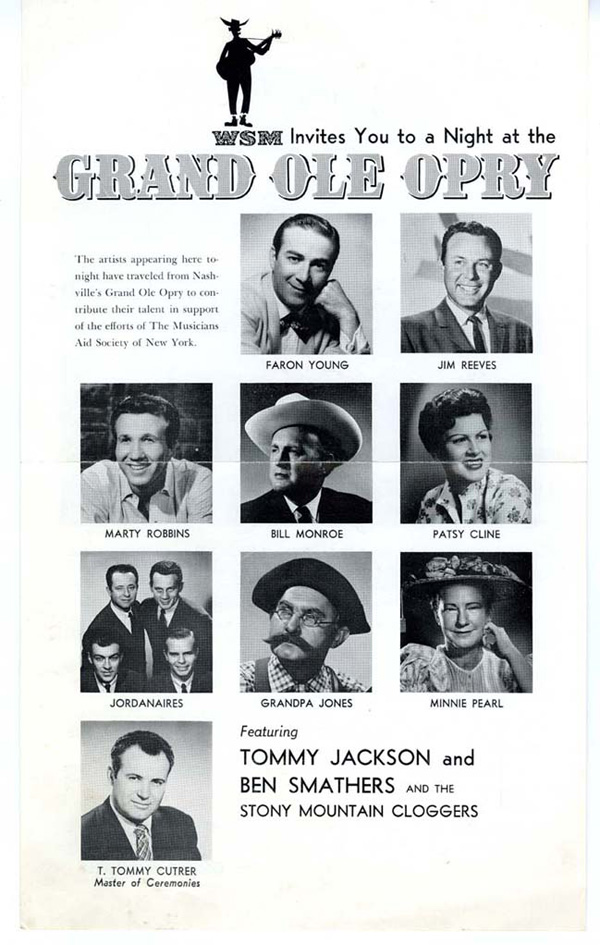