Concluding our series marking the centenary of the sinking of the RMS Titanic, we look at the Christian Conservation Congress of the Men and Religion Forward Movement meeting of April 22, 1912—100 years ago today. The date became a memorial for one of the originally scheduled speakers: English journalist and good friend of Andrew Carnegie, William Thomas Stead.

On April 10, 1912, the noted British journalist, editor, and publisher William Thomas Stead readied himself to depart for New York City from Southampton, England. He had accepted an invitation to speak at the Christian Conservation Congress of the Men and Religion Forward Movement, scheduled for April 19–24 at Carnegie Hall. There, he would join the great Booker T. Washington and fiery progressive politician William Jennings Bryan, among others. The visit would mark Stead's second appearance at the Hall, where he had been one of the key participants in the National Arbitration and Peace Congress, presided over by Andrew Carnegie almost exactly five years before.

A longtime friend and frequent guest of the Carnegies at Skibo Castle (their summer home in Scotland), Stead—in his fervent advocacy for world peace—was a man after Carnegie's own heart. Following his retirement from steel manufacturing in 1901, Carnegie (besides striving to give away his entire wealth) devoted nearly all of his time and most of his prodigious energy to peace causes such as naval disarmament and international arbitration. At the 1907 Peace Congress, held in the Hall that bore his name, Carnegie was clearly in his element and feeling buoyant. At the first evening session on April 15, his biographer David Nasaw noted, Carnegie "interrupted William Stead, who had exceeded his time limit, confiding to the audience in a loud stage whisper, 'He is wonderful, and he has been speaking ever since he landed in this country; and some of us, careful of his health are taking care to limit him.'"

As Stead steamed out of Southampton that day five years later—having booked his passage on the maiden voyage of the RMS Titanic—he had no way of knowing what awaited him. Four days later, at 11:40 PM (9:40 PM New York time) on April 14, 1912, the Titanic struck an iceberg southeast of Newfoundland; two hours and forty minutes later, it sank. There were just over 700 survivors. Stead was not among them. Various accounts from those who lived either placed Stead quietly awaiting his fate, reading a book in the Titanic's first-class smoking room, or clinging to a raft with John Jacob Astor IV. Whatever the truth, Stead's body was never recovered. Astor's remains were found and buried at Trinity Cemetery in New York.

"I loved the man Stead," noted the Rev. Dr. Newell Dwight Hillis of Plymouth Church in Brooklyn, speaking at the April 22 evening session of the Christian Conservation Congress at Carnegie Hall. Stead was to have delivered an address on "Universal Peace." Instead, the event became his memorial. "As a journalist, he was not surpassed," continued Hillis. "His name will be inscribed among the great editors of the world." 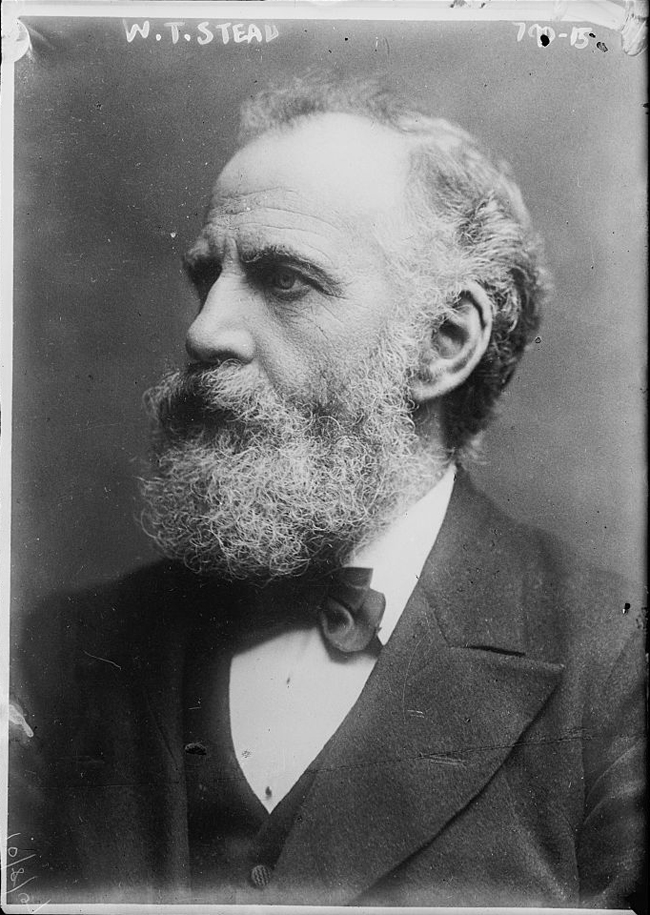 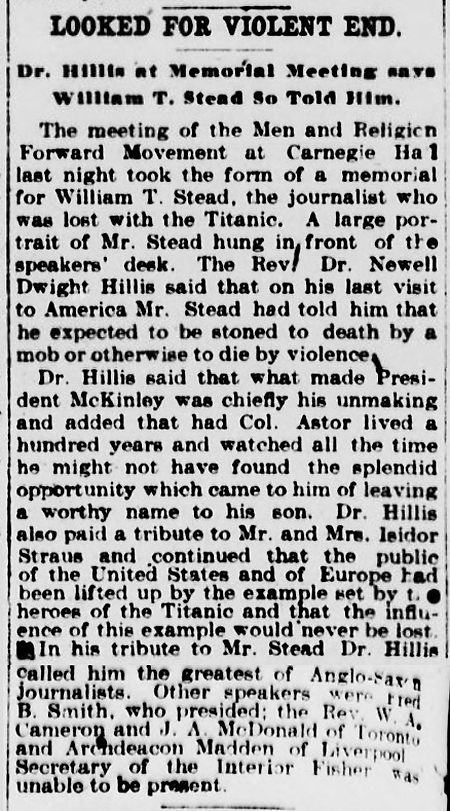 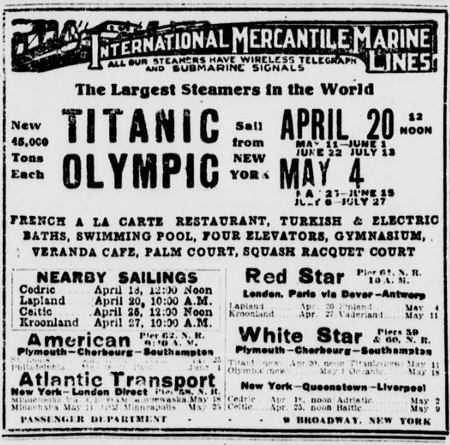 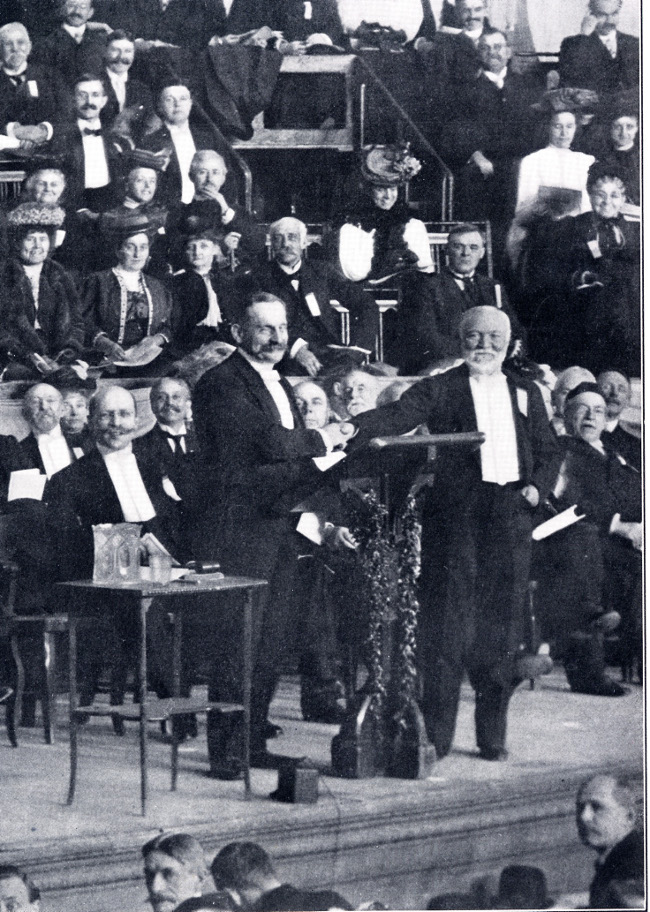 The bearded face that appears just above Carnegie's outstretched arm may be that of W. T. Stead.