A Picture is Worth 100 Marimbists

On October 17, the Ukulele Orchestra of Great Britain returns to Carnegie Hall, graduating to the "big hall" on this visit. Carnegie Hall has a long history of presenting unconventional ensembles, including—on this day in 1935—the International Marimba Symphony Orchestra which, itself, was just one of several examples of the marimba taking center stage at the Hall.

On May 16, 1935, Clair Omar Musser brought his 100-piece International Marimba Symphony Orchestra to Carnegie Hall. The New York Times review of the concert relates that the orchestra comprised 50 men and 50 women who used instruments valued at more than $100,000 (equivalent to more than $1.5 million today)—many of them specially designed by Musser himself. "The perfection and intonation of the ensemble," continued the Times, "its rich sonority and the uniqueness of the effects gave last night's concert exceptional distinction." 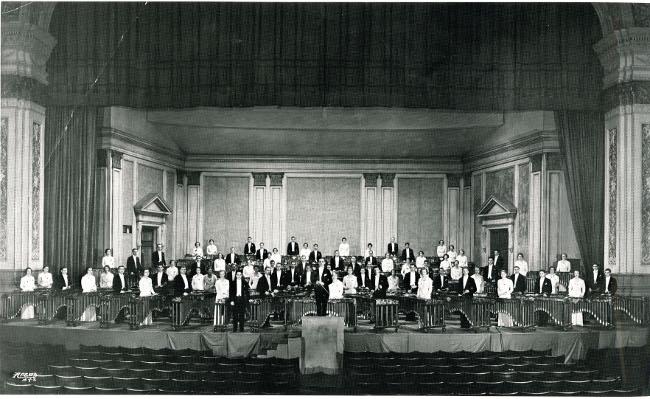 Clair Omar Musser and his International Marimba Symphony Orchestra on the main stage at Carnegie Hall. Courtesy of the Carnegie Hall Archives.

Another notable early appearance of the marimba at Carnegie Hall was the world premiere of Paul Creston's Concertino for Marimba and Orchestra, Op. 21, given in Carnegie Chamber Music Hall—now Weill Recital Hall—on April 29, 1940. The piece was performed by marimbist Ruth Stuber and the all-female Orchestrette Classique conducted by Frederique Petrides. Presaging next season's focus on the music and culture of the region in our Voices from Latin America festival, the Hall's first-ever solo marimba recital was given by Guatemalan marimbist Celso Hurtado on April 7, 1947, whose wide-ranging program included his arrangement of works by Brahms, Falla, Albéniz, Paganini, and Liszt. 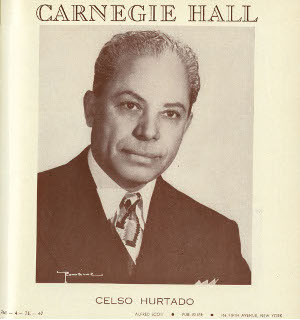 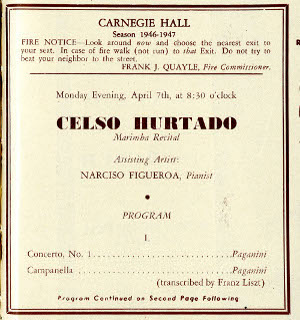 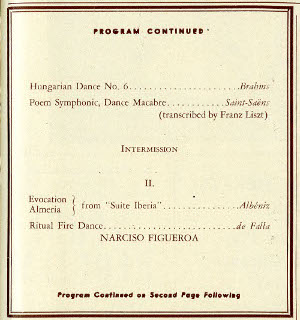 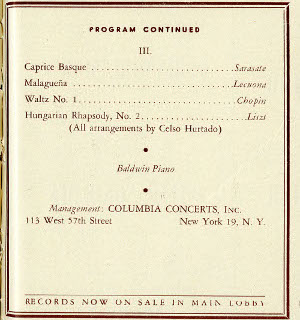