Welcome to Day One of Jazz at Carnegie Hall

Jazz—in its earliest form—was first heard at Carnegie Hall 100 years ago today on May 2, 1912, when James Reese Europe and his Clef Club Orchestra presented a "Concert of Negro Music" to benefit the Music School Settlement.

The Sun (New York) noted the integration of the audience, "which was large and thoroughly well mixed, but united in its applause."

Europe—a conductor, arranger, and composer—founded the Clef Club, a union for New York's black musicians, in 1910. The club's 125-piece orchestra consisted of traditional instruments combined with mandolins, guitars, and banjos. To modern ears, the proto-jazz mixture of ragtime, blues, and minstrelsy played by the Clef Club Orchestra may not sound much like the jazz most would recognize from 20 years later, but this should not overshadow Europe's importance as one of the first to translate "syncopated music" to a large ensemble. Later, Europe helped introduce jazz overseas when he toured France with his 369th Infantry Band in World War I. 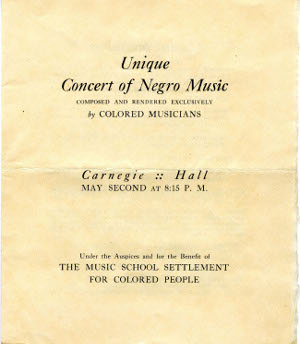 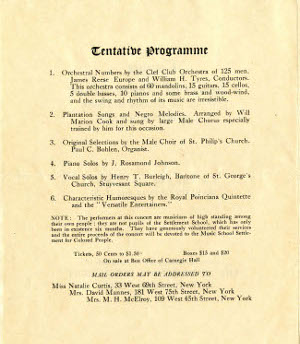 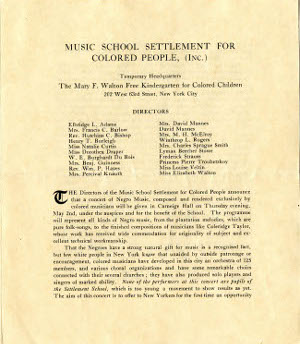 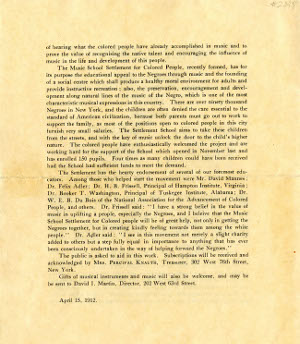 Carnegie Hall program and invitation to a "Concert of Negro Music," presented by the Clef Club, 1912.

Included in the invitation is the following text: "The point of this concert is to offer to New Yorkers for the first time an opportunity of hearing what the colored people have already accomplished in music and to prove the value of recognizing the native talent and encouraging the influence of music in the life and development of this people." 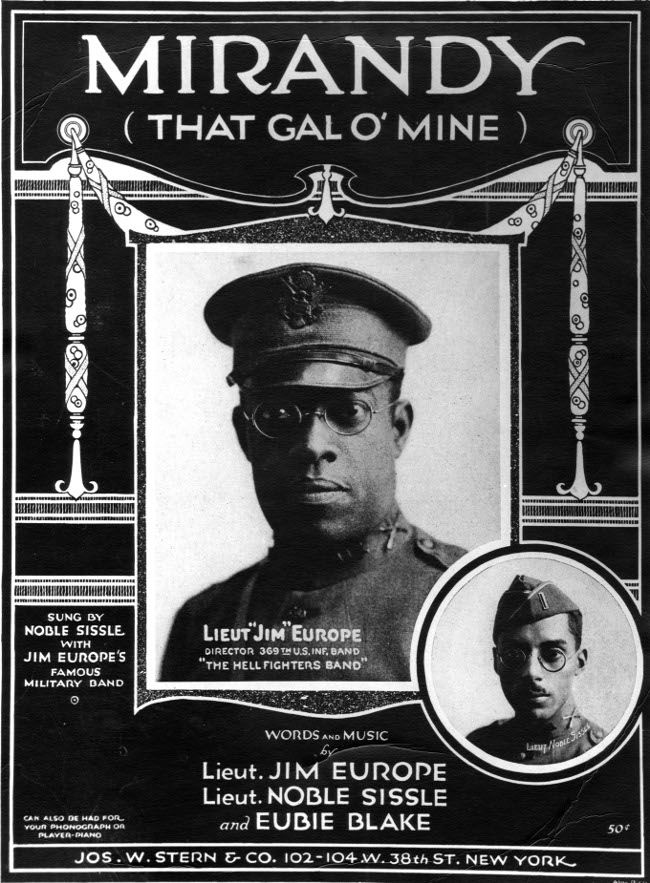 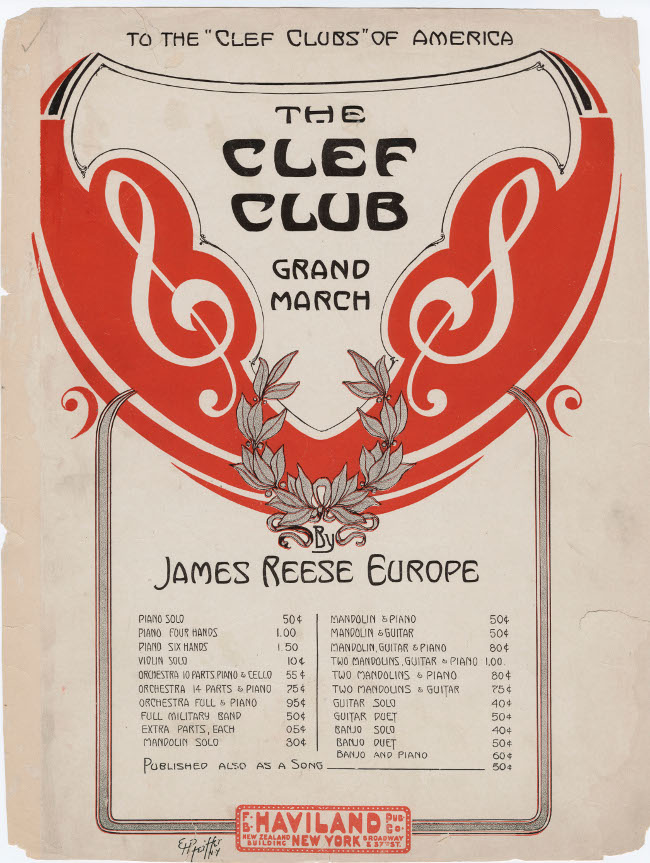 Clef Club March was the first work on the May 2 concert at Carnegie Hall. According to James Weldon Johnson, "New York had not yet become accustomed to jazz; so when the Clef Club opened its concert with a syncopated march, playing it with a biting attack and an infectious rhythm, and on the finale bursting into singing, the effect can be imagined. The applause became a tumult."

Related:
Hall History
About the Music: World, Pop, and Jazz