The A to Z of Carnegie Hall: E is for Ellington

By the time he made his wartime Carnegie Hall debut on January 23, 1943, Edward Kennedy "Duke" Ellington was already a star who had performed in all of the great jazz venues, had a long standing residency at Harlem's iconic Cotton Club, and was in the movies as early as 1929. Constantly striving for innovation in jazz, Ellington was ahead of the pack when it came to longer jazz compositions. 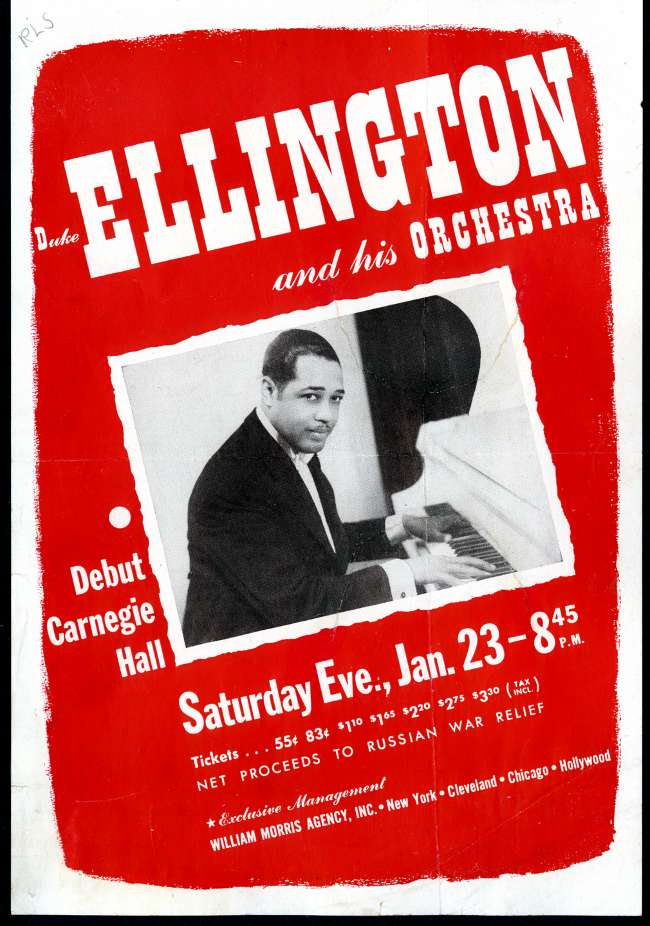 That driving interest in long-form composition—a move away from the standard three minutes that could fit on the 78s of the time—found it's expression at Carnegie Hall with his debut here in January 1943. In that concert, he premiered Black, Brown, and Beige, which he introduced by saying, "We thought we wouldn't play it in its entirety tonight because it represents an awfully long and important story and that I don't think too many people are familiar with the story. This is the one we dedicate to the 700 Negroes who came from Haiti to save Savannah during the Revolutionary War."

The success of his debut and his new approach to jazz composition led to Ellington's series of annual Carnegie Hall concerts, on which he always premiered at least one new work. His New World A-Comin', Liberian Suite, Perfume Suite, and A Tonal Group were all performed first at Carnegie Hall.

On November 14, 1952—almost a decade and a dozen concerts later—Duke Ellington was top of the bill for a concert at the Hall that also included a lineup of names of which any one would have been a headliner. Billie Holiday, Charlie Parker, Dizzy Gillespie, Stan Getz, and Ahmad Jamal (who 60 years later continues to perform!). 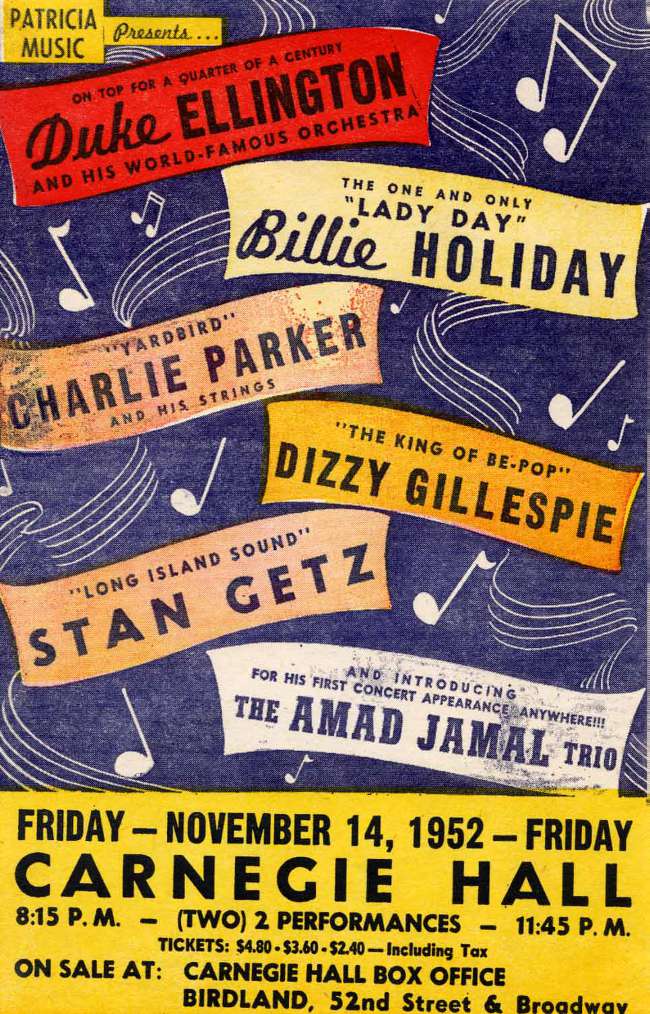 Flyer for Duke Ellington's 1952 Carnegie Hall concert with a host of jazz stars (note the incorrect spelling of the young Ahmad Jamal's name). Courtesy of the Carnegie Hall Archives.

During the last decade of his life, Duke Ellington wrote three Sacred Concerts—A Concert of Sacred Music (1965), Second Sacred Concert (1968), and Third Sacred Concert (1973). The program for his concert at Carnegie Hall on April 4, 1968, included selections from the second of those compositions.

The music, however, was overshadowed that night. Prior to the start of the concert, civil rights leader Robert Moses made an announcement from stage that Dr. Martin Luther King Jr. had been shot just an hour and a half earlier in Memphis. The concert continued as a dedication to the memory of Dr. King. 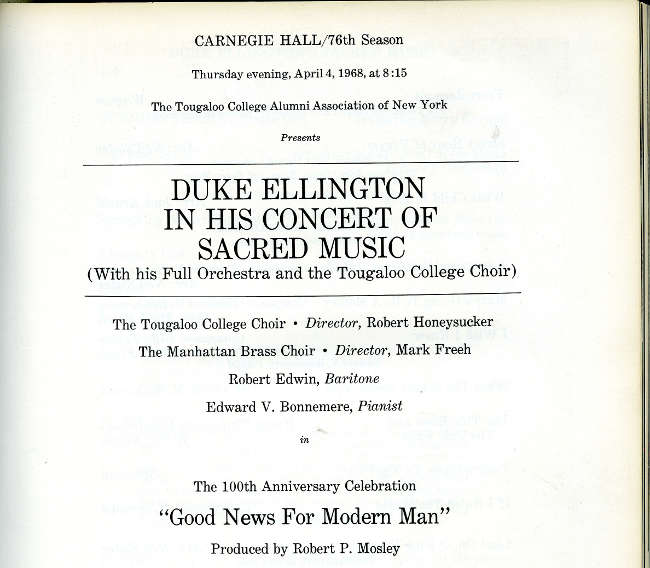 A program page from Ellington's 1968 Carnegie Hall concert before which the death of Martin Luther King Jr. was announced. Courtesy of the Carnegie Hall Archives.

Duke Ellington's final Carnegie Hall concert—of more than 20 in total—took place just over 40 years ago on July 8, 1972, two years before his death.

In 2009, Carnegie Hall presented Honor! A Celebration of the African American Cultural Legacy, curated by Jessye Norman. One of the most anticipated events of that festival was Sacred Ellington. Featuring Miss Norman with a jazz ensemble, string quartet, gospel choir, and a dancer, and held in New York's Cathedral Church of Saint John the Divine, Sacred Ellington comprised excerpts from Ellington's Three Sacred Concerts, and was Miss Norman’s homage to the legendary figure. 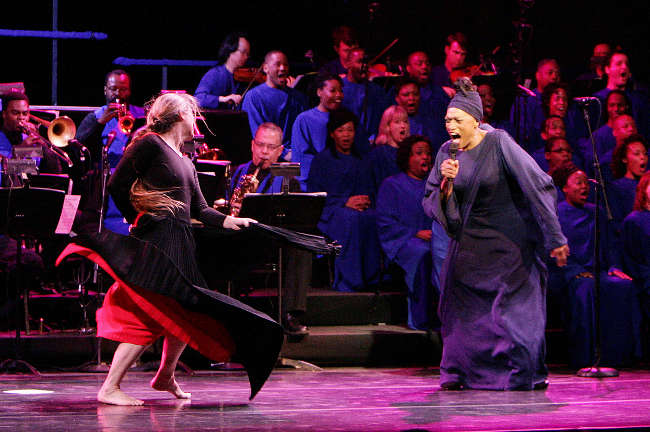 Related
A to Z of Carnegie Hall

Honor! A Celebration of the African American Cultural Legacy, Curated by Jessye Norman
The History of the Hall
The Academy