Having performed here twice previously, April 12, 1963, marked Nina Simone's headlining debut. It was not to be an easy transition from sharing to topping the bill. Writing in Nina Simone "Black Is The Color ..." Andrew Stroud—Simone's one-time husband and manager—recalls, "In 1963, Nina was adamant about making a solo appearance at Carnegie Hall in fulfillment of her childhood dream as the first black female classical pianist. None of the concert promoters would undertake such a presentation because they did not believe she could carry off a solo concert. Therefore, when I resigned from the NYPD, I took my pension rebate and, on the advice of experts in the music industry, hired Felix Gerstman, New York City's premier concertmaster, to manage the presentation."

Joining Nina Simone that evening were guitarists Alvin Schackman and Phil Orlando, Lisle Atkinson on bass, and drummer Montego Joe. Simone demonstrated the unclassifiable nature of her artistry that evening with performances of jazz, soul, spiritual-tinged tunes, and—displaying her background in classical music—a theme on Saint-Saëns's Samson and Delilah. 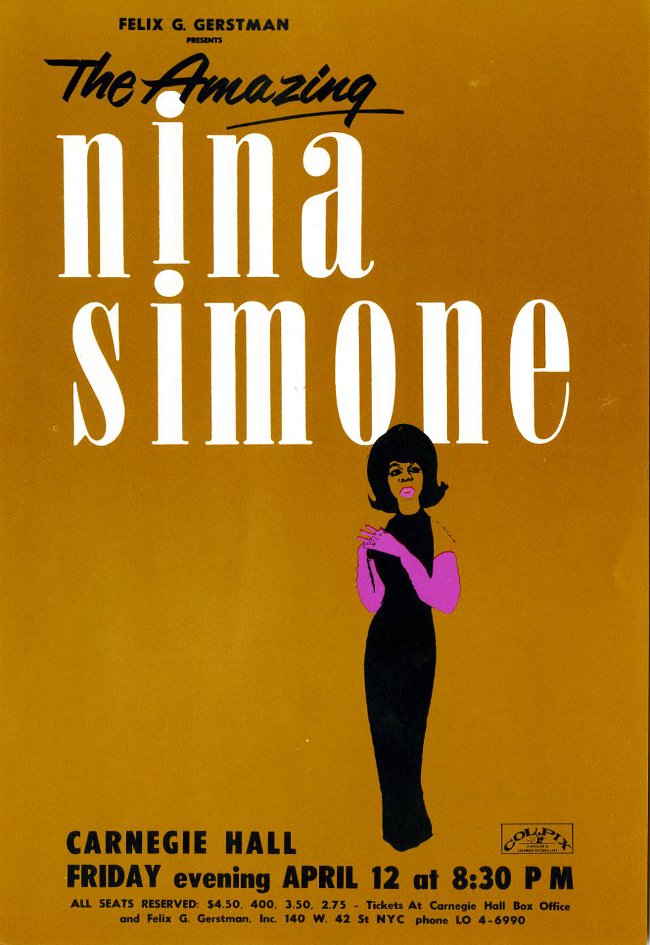