Bang on a Can Honors Jeremy Geffen

Just last week, Jeremy Geffen—our very own director of artistic planning—was honored with the 2015 Bang on a Can Visionary Award. Below are Jeremy’s remarks from the evening of June 9, 2015, when he received the award at the Bang on a Can Big Bang Benefit Bash and Concert.

At the risk of offending my hosts, I have to admit that I’ve never thought of myself as a visionary. That term has always seemed to me something more applicable to people who work alone, but I have spent my professional life working with people. But since I’m up here anyway, I’d like to suggest that vision is more often than not the result of a dialogue from which an idea emerges—sometimes even an idea whose exact origins remain cloudy in retrospect. To me, it is how one gets behind that idea that is the vision. I suspect David, Michael, and Julie would agree. 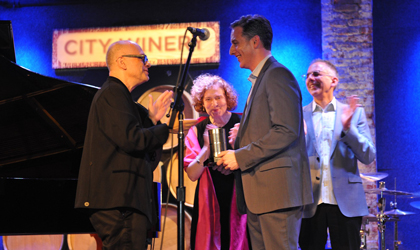 Some people know that I used to be a violist, but few know how I became one. I enrolled in the beginning instruments program at Corona del Mar High School in Newport Beach, California. It will probably not come as a surprise that I was in equal measure a nerd and a know-it-all, so when the program director asked me which instrument I wanted to study, I emphatically and confidently told him the viola because I knew not only of the existence of this esoteric instrument (this was Orange County, after all!), but also knew it was smaller, higher pitched, and generally more impressive than the violin. When the instrument was handed to me, I was ... confused ... but pride kept me from saying anything.

I am glad I stuck with it. As a violist, one gets occasional “moments in the sun” (and it is critical to have the right player on hand when those come up). But more often, one plays a supporting role—structural, motivic, rhythmic, and harmonic—especially in a string quartet. 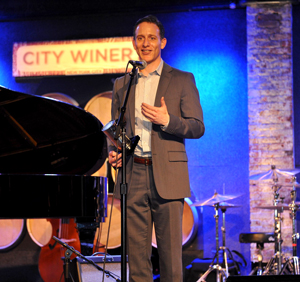 I learned to love being in the center of the sound and texture, and came to understand from it that even the most memorable melody would be so much less beautiful without an sympathetic, aligned accompaniment, and that the effect of a perfectly executed phrase would vanish if it was out of place within the larger context of the piece.

When the viola was no longer part of my professional life, I moved into administration and have been fortunate to work for a variety of musical institutions. But none have been more enjoyable than the eight plus years I have spent at Carnegie Hall.

The process of constructing a concert season for me is about giving opportunities. There will always be a place at Carnegie Hall for those artists who have long been part its history, but much of the fun is infusing that body with new blood. The most gratifying moments in this job have been those in which I have watched an artist take an opportunity—whether a performance, a commission, or a project—and not just rise to the occasion, but knock it out of the park. There was a time when artists like Jeremy Denk and Gabe Kahane— or even Michael Gordon, David Lang, and Julie Wolfe—were newbies to the Carnegie Hall season, and now their imaginations and contributions to Carnegie Hall are immeasurable.

Supporting the most promising artists of today is the analog of what I enjoyed most about being a violist, and each success reminds me that every work, every composer, every performer I now love was at one time new, unknown, and in need of support.

Nothing discourages me more than overhearing—as I often do when at the end of a performance (most often at the opera)—some audience member saying, “Well, she’s great but she’s no [insert name of no longer performing or long dead artist].” Great performances of the past are part of our collective history and are certainly worth remembering—but they should not discredit what we have before us today. And memory is notoriously fickle.

More important, though, if we do not believe that the greatest artistic statements have yet to be made, then why do we attend performances at all?

No one can speak more directly to audiences of the contemporary relevance of familiar works better than the performers of today—who live among us and face the unique challenges and opportunities of our time.

And no one captures the experience of being alive in this moment better than the composers who breathe the same air as all of us. If we do not believe we are living in the best of artistic times, we are lost. 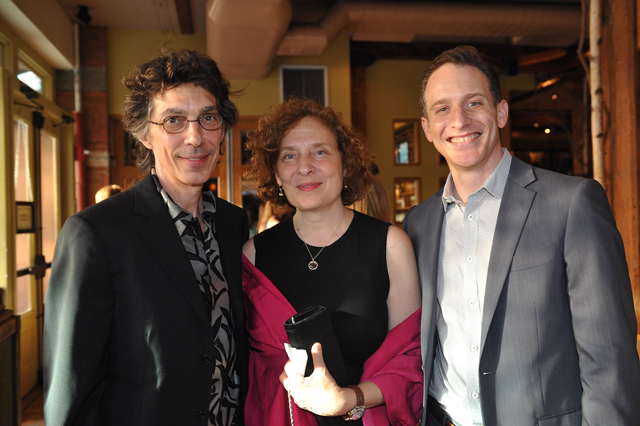 What I love most about Bang on a Can is that everyone involved with the organization feels this way. In a results-driven world, it is refreshing to see an organization that—though it has had had plenty of excellent results in its 28 years—has focused more on the process and how to make each project, each interaction as meaningful as possible, often unquantifiably.

Without proper support, nothing can prosper. But I don’t need to tell you that—you are all part of that continuum. You’re all here tonight because you support an organization that in turn supports composers, performers, recordings, the creation of music.

Bang on a Can stays true to its beginnings—and this one-time risky start-up continues to bring the best new music to as broad an audience as possible, free from the often oppressive weight of tradition. And they have been so successful that others have followed suit.

Thank you Julie, Michael, David, and the Bang on a Can All Stars—Kenny Savelson and Tim Thomas—for this distinction, but I would be remiss if I didn't acknowledge those colleagues at Carnegie Hall whose vision is every bit as important as my mine—Clive Gillinson, Anna Weber, Kathy Schuman, Jason Bagdade, and Sarah Johnson. My mentors and irreplaceable co-conspirators Ara Guzelimian, NancyBell Coe and the late Robert Harth. My stalwart, generous friends, and event co-chairs Kevin Roon and Simon Yates.

And most important, my family, who have always supported me even if they didn’t quite understand what I was doing—represented tonight by my twin brother Keith and his wonderful wife Heather, and my incredible father Malcolm. If he and my mother had not made the decision in 1976 that there was no future for my brother and me in South Africa, I know I wouldn’t have had any of the opportunities that have brought me here tonight.

Photos taken by Stephanie Berger and courteously provided by Bang on a Can.
# # #