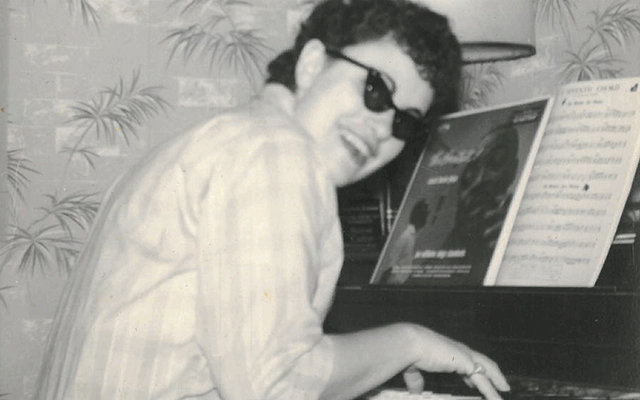 Zena Latto at her sister’s home in New Orleans. circa 1960. Photo courtesy of Zena Latto and LinkedJazz.org.

Our Archives and Rose Museum Director Gino Francesconi recounts a simple phone call that led to a remarkable and memorable discovery of a concert at Carnegie Hall.

In November 2014, I received a phone call from Alexis Warrington, a graduate intern who was working at the River Garden Hebrew Home in Jacksonville, Florida, as part of her master’s program at Florida State University. She was calling on behalf of a resident who said she had performed in a jazz concert at Carnegie Hall on November 29, 1957, and wanted to know if she could have a copy of the promotional flyer as a keepsake.

I was excited to hear the date because that event is one of the most famous jazz concerts in Carnegie Hall’s history. Actually, there were two concerts that night, one at 8:30 PM and another at midnight, and both were benefits for the Morningside Community Center. Called Thanksgiving Jazz at Carnegie Hall, it featured a list of artists that reads like a fantasy: Billie Holiday, Dizzy Gillespie and His Orchestra, Chet Baker with Zoot Sims and his quartet, and the Thelonious Monk Quartet performing with John Coltrane. And making their Carnegie Hall debuts were Ray Charles and Sonny Rollins! I was anxious to know, “Who is your resident that performed at that concert?”

I wasn’t familiar with that name and nothing turned up in our database. I checked several times. I then said that the resident must be mistaken because we have information about everyone who appeared at the events, and Zena Latto’s name was not among them.

Alexis replied that she was holding a copy a flyer on which she could read Zena Latto’s name, although misspelled as Lotta. She said the flyer was in very bad shape—more in pieces than intact, very brittle, and held together with tape. But, “It reads clearly across the top: Carnegie Recital Hall.” There was nothing in our database about an event in the Recital Hall, today’s Weill Recital Hall. I asked her to email a photo. 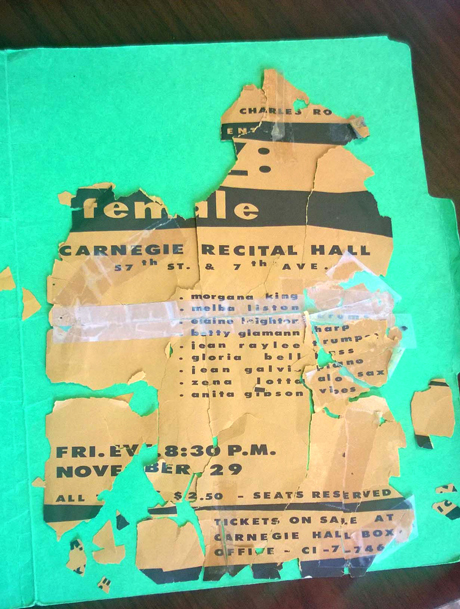 Original state of the flyer in pieces

Sure enough there was the event entitled JAZZ: female. While one of the most famous jazz gatherings was taking place in the main hall, next door in the recital hall, nine women were also performing jazz. The first name at the top of the list I knew: Morgana King. But I didn’t know her from jazz—I knew her as Marlon Brando’s wife in The Godfather. Next on the list was Melba Liston, the first female trombonist to play with Dizzy Gillespie, Count Basie, and Billie Holiday, among others.

I asked if Ms. Latto would speak on the phone, and we made an appointment. When I called, she was so excited that someone from Carnegie Hall had contacted to ask about her life. “Zena is my name—don’t say Ms. Latto, please!”

She was 89 and full of life. She wanted to share so much that she flew from topic to topic without pausing: She was now confined to a wheelchair; she grew up in the Bronx; she loved jazz the first time she heard it; her father was from Poland, her mother from Russia. She had practiced so hard on the clarinet, and they made her switch to alto sax at the last moment for the concert. Dizzy Gillespie had wandered over to see Melba Liston, causing the first show in the main hall to be delayed by more than 20 minutes. Benny Goodman was a mentor, and she called her clarinet “Benny.” She asked if I could get her a Selmer mouthpiece because the one she had now wasn’t as good. They let her play for an hour every day in Jacksonville, and she had performed all over the country in an all-female band called the International Sweethearts of Rhythm and then formed her own called the Moderne Moods. She moved to New Orleans, earned a degree at the age of 60, and then lost almost everything during Hurricane Katrina, except some music, her clarinet, and the flyer (which was now in poor shape). And did we have a better copy we could share?

I told her not only was her copy of the flyer the only one I had ever seen, we didn’t even know the concert took place! 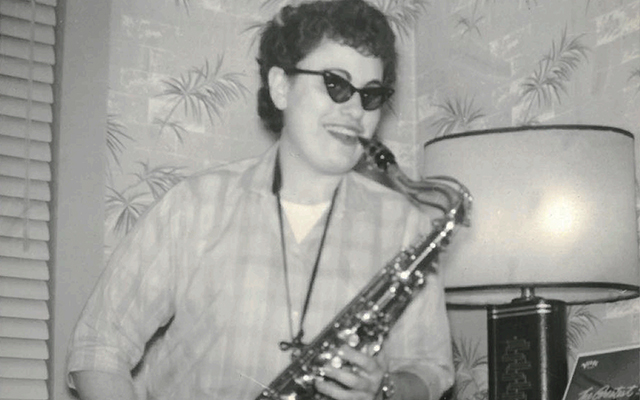 Zena Latto with a saxophone in New Orleans, circa 1960. Photo courtesy of Zena Latto and LinkedJazz.org.

Our colleague, Rob Hudson, called a former teacher, Cristina Pattuelli, associate professor at the Pratt Institute’s School of Information and director of Linked Jazz—a research project that explores relationships among jazz musicians—who had recently focused on women in jazz. Cristina Skyped and interviewed Zena, added another wonderful story to her connections, and with her crew created Zena’s Wikipedia page.

The intern, Alexis, shared how thrilled Zena was from all the attention and to have an outlet to share her memories and love of music. Alexis joined the Mayo Clinic after graduation and because of Zena was invited to return full-time to River Garden.

In April 2016, we received word that Zena had died at the age of 90. Suzanne Lyda, director of social services at River Garden, sent a package containing some of Zena’s musical archives to Cristina and inside was also the flyer, carefully wrapped. We received it with much gratitude and, knowing how badly damaged it was, we dared not open it but instead sent it directly to the Northeast Document Conservation Center. We have sent them many thousands of our concert programs to be conserved as part of a five-year quest to digitize our archival collections. The attached photos show the extraordinary process, patience, care, and talent required to preserve Zena’s flyer.

And to think it was all from a simple phone call that led to a remarkable discovery and memorable journey.