Cantor Azi Schwartz Adds His Voice to A Night of Inspiration

Music has the power to evoke endless emotions and feelings, whether we listen to music as a form of escapism, a mode of entertainment, or a way to brighten our days. On December 6, everyone has the chance to be inspired with A Night of Inspiration, an evening of uplifting music during which diverse artists come together and show us how music can lift our spirits. Cantor Azi Schwartz of the Park Avenue Synagogue is among these artists. 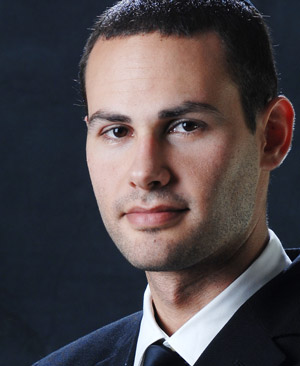 For A Night of Inspiration, these artists come together in the spirit of universal unity. The Chews first saw Cantor Azi Schwartz perform for Pope Francis at a service for peace and remembrance at the National September 11 Memorial and Museum in 2015. This gathering showcased the musical intersections of a multi-religious population, amplifying the ability that music has to bring people together from all walks of life.

Just like the Chews, Schwartz does not shy away from musical intersections, as is apparent from his setting of the Jewish hymn “Adon Olam” to the melody of Lin-Manuel Miranda’s “You’ll Be Back” from the musical Hamilton. At A Night of Inspiration, Schwartz will perform alongside tenor Lawrence Brownlee, best known for his roles in Rossini and Donizetti operas.