For more than 125 years, Carnegie Hall has solidified its presence as a hall intertwined with the history of our country. Opened in 1891 and funded singlehandedly by Andrew Carnegie, it instantly became a “people’s house,” where music was presented alongside civic events, rallies, organizational meetings, and other gatherings.

Carnegie, a businessman and philanthropist, lived to improve the world. He quickly rose from a $1.25-a-week job in a mill to amass business interests in steel, oil, iron, and railroads, ultimately starting a philanthropic career that spanned his lifetime and beyond. As a staunch advocate for world peace, Carnegie recognized that the greatest threat to civilization was war, so he put his fortune towards strengthening international law in order to prevent future global conflicts. In addition to supporting the founding of the Peace Palace in The Hague in 1903, he founded the Carnegie Endowment for International Peace in 1910. He worked tirelessly to “hasten the abolition of international war” until his death in 1919, two months after the signing of the Treaty of Versailles. 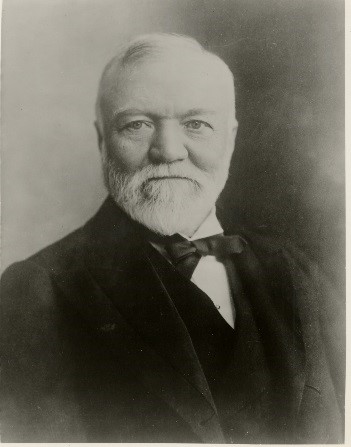 “It is built to stand for ages, and during these ages it is probable that this hall will intertwine itself with the history of our country. All good causes may find here a platform.” —Andrew Carnegie

It is no surprise, then, that Carnegie Hall has been host to non-musical events with various focuses, the theme closest to Carnegie’s personal pursuits being peace-related events. From President Woodrow Wilson to Dr. Martin Luther King Jr., Pete Seeger to Andrew Carnegie himself, countless individuals have graced the Carnegie Hall stage with rhetoric and melodies of peace. Whether a conference, a lecture, a celebration, a concert, or a rally, events at Carnegie Hall have promoted peaceful relations and freedom both nationally and abroad, echoing the historical narrative of America.

Before his death, Carnegie appeared on stage at his hall at least nine times. The most significant of these appearances was April 14–17, 1907, at the National Arbitration and Peace Congress, which brought together delegates from around the world, and over which Carnegie presided. Carnegie “was the happiest of men throughout the whole period and was the presiding genius,” said Frederick Lynch. “Nowhere have his amazing versatility and his rare sense of humor been more fully revealed than in his introductions of the various speakers and in his impromptu remarks at the various sessions.” 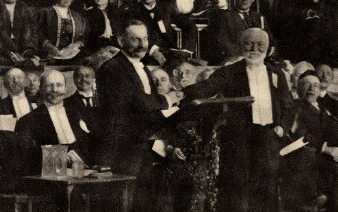 Andrew Carnegie on the Carnegie Hall stage with French diplomat Paul-Henri-Benjamin Balluet, baron d' Estournelles de Constant during the 1907 National Arbitration and Peace Congress, which Carnegie organized and over which he presided. 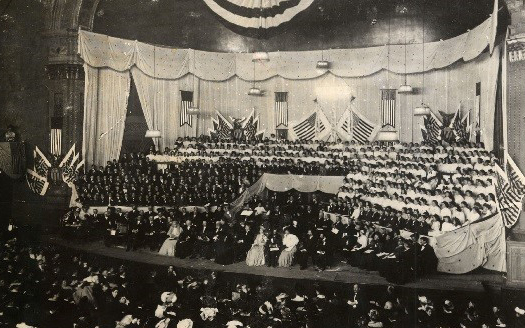 Photograph taken during the National Arbitration and Peace Congress at Carnegie Hall, April 14-17, 1907, which was organized by Andrew Carnegie, and over which he presided.

On July 8, 1919, at Carnegie Hall, President Woodrow Wilson spoke about the Treaty of Versailles—the first public statement he gave after returning triumphantly from the Paris Peace Conference. The New York Times headline stated “President Home, Calls Peace a Just One ...” When President Wilson arrived at the 23rd Street ferry terminal, more than half a million New Yorkers lined the route up to the Hall—a distance of about two and one-half miles. 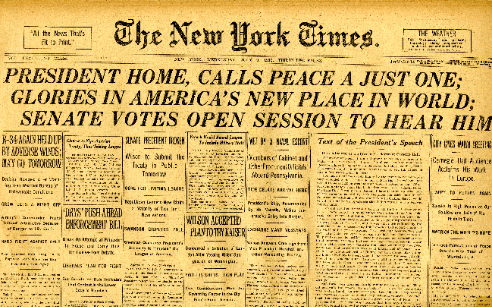 Carnegie Hall was also the site of countless meetings, conferences, and rallies for peace, including the 1911 International Peace and Arbitration Meeting, the 1917 Emergency Peace Federation’s Rally Against US Participation in World War I, the 1919 Peace Festival concerts, the 1923 World Peace Mass Meeting, the 1945 Rally of American Youth for a Free World, the 1949 Cultural and Scientific Conference for World Peace, the 1953 Armistice Day Rally, and the 1961 Conference of Greater New York Peace Groups.

Dr. Martin Luther King Jr. is one of the individuals most commonly associated with civil rights activism and advocacy of nonviolence in America. On February 23, 1968, Carnegie Hall hosted the W. E. B. DuBois 100th birthday celebration and benefit, where Dr. King was the keynote speaker. In his remarks that evening, he noted that, “Dr. DuBois has left us, but he has not died. The spirit of freedom is not buried in the grave of the valiant.” This marked Dr. King’s last major public address. Almost six weeks later, he was assassinated in Memphis. 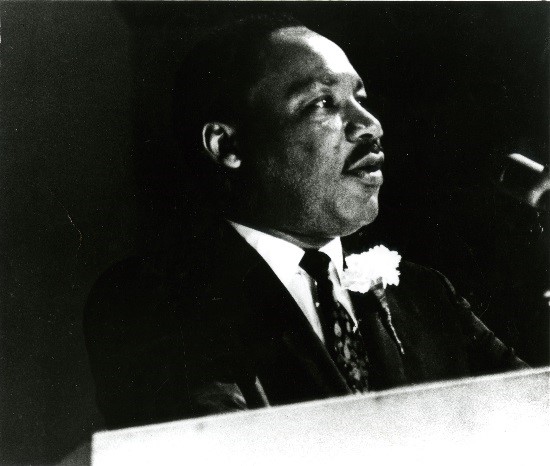 Dr. Martin Luther King Jr. was the keynote speaker at a February 23, 1968 benefit marking the 100th birthday of W. E. B. DuBois. His speech at Carnegie Hall was his last major public address prior to his assassination in Memphis in April. © James E. Hinton / Carnegie Hall Archives

Pete Seeger, the champion of American folk music and social activism, appeared at Carnegie Hall more than 80 times over the course of nearly 70 years (1946–2013). From concerts with The Weavers to his iconic version of “We Shall Overcome”—the title song of his 1963 album recorded live at Carnegie Hall—Seeger directly impacted the narrative of peace and social activism in America and at Carnegie Hall. He appeared at rallies for Peace and Friendship throughout the 1960s, the 1975 rally for World Peace on the 30th Anniversary of V. E. Day, and the 1982 Rally for Peace, Disarmament, and Social Progress. 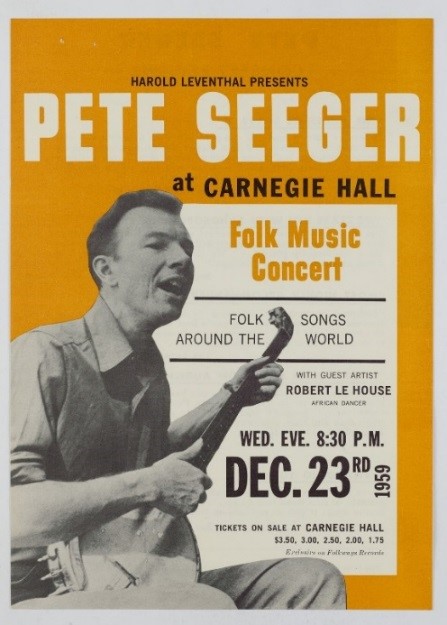