After performing at Carnegie Hall and The Performing Arts Center at Purchase College, SUNY, the National Youth Orchestra of the United States of America (NYO-USA) will embark on its first-ever concert tour of Latin America this July and August. The orchestra, which assembles the brightest young musicians from across the US each summer, will perform at three of the leading performing arts venues in Mexico, Ecuador, and Colombia.

A modern concert venue with flexible presenting capabilities, Auditorio Telmex is considered the main performance center in Western Mexico. The indoor amphitheater held its grand opening on September 1, 2007, hosted by legendary opera singer Plácido Domingo. Auditorio Telmex was designed to accommodate events of all sizes, and includes an adjustable stage as well as a system of walls and mobile screens that allow it to increase or reduce its seating capacity. 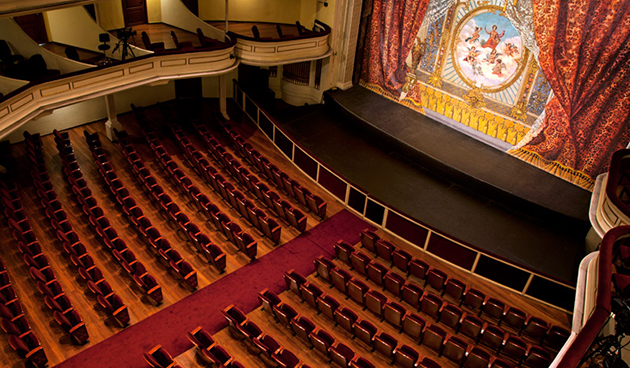 Teatro Nacional Sucre is one of the oldest opera houses in South America. The construction of the theater began in the late 19th century, commissioned on the initiative of Marieta de Veintimilla, a beloved niece of the contemporary magistrate. Seating 798 guests and designed in the neoclassical style of the 19th century, the theater is an architectural landmark in Quito. The façade of the theater is inspired by the Palladian style of the Renaissance, and the pediment is decorated with a golden scene featuring the image of Greek god Orfeo and the nine muses.

Teatro Mayor Julio Mario Santo Domingo has presented orchestra concerts, musicals, and opera, theater, ballet, and contemporary dance productions since it opened in May 2010. The theater seats 1,299 audience members and contains an orchestra pit for up to 75 musicians. In addition to Teatro Mayor, the center includes a 500-seat studio theater (Teatro Estudio) and a library, as well as administrative offices.