Songwriters Celebrate the Spirit of the ’60s

Walking into Carnegie Hall’s Future Music Project ensemble’s weekly rehearsal, you could mistakenly think you had just stepped back in time. “I got enough sense,” sings pianist Chris Bell in his slick R&B original song “Complicit,” “to know what’s going on.” If that last phrase recalls Marvin Gaye’s blistering hit, it’s no mistake. Songwriters of all ages across New York City have been looking back to the music of the 1960s this year and finding meaningful connections to the sounds and ideas of that fraught decade. When they turn to creating their own music about issues they face today, these songwriters are no less afraid to tell it like it is and shake things up. 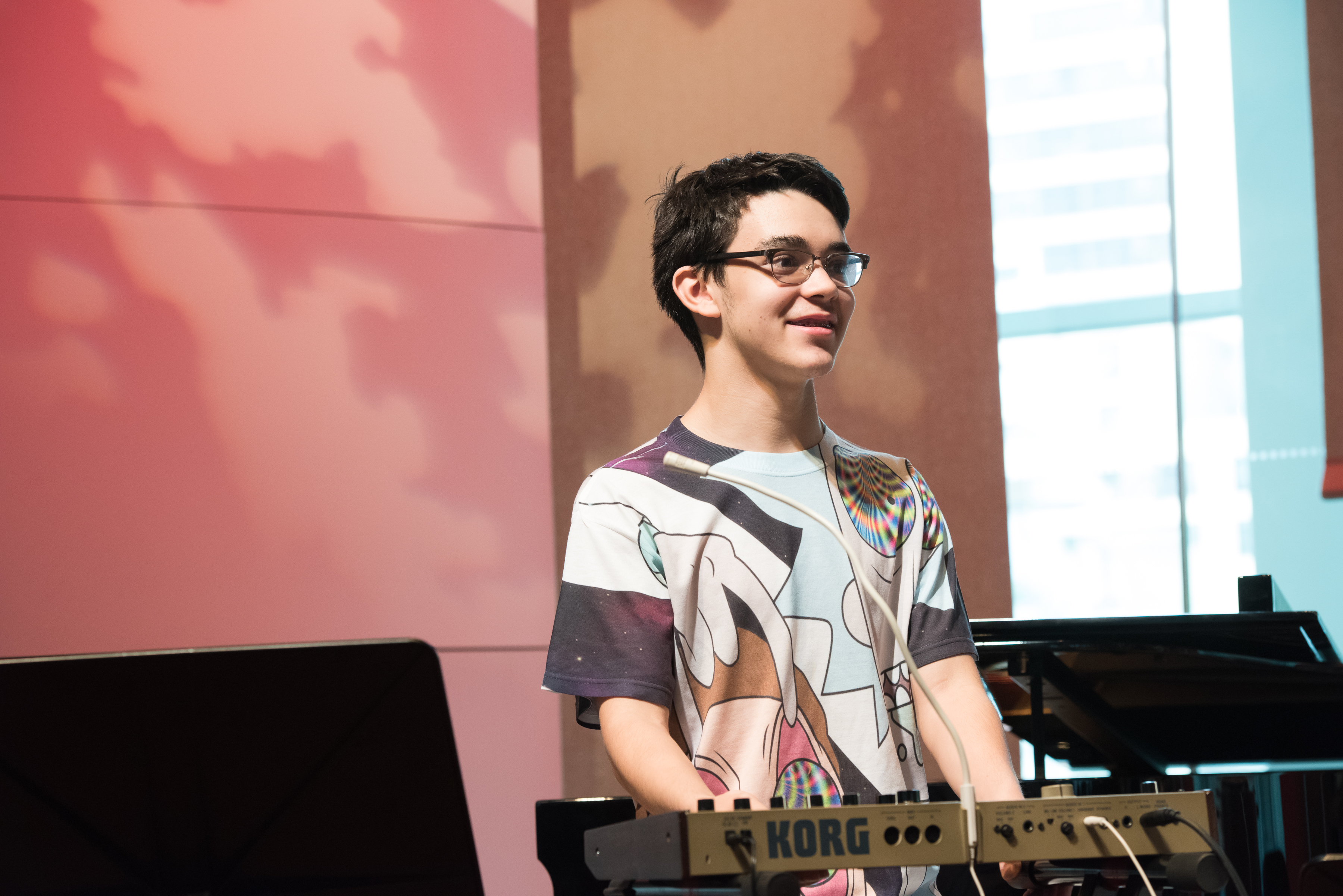 The Hall’s Weill Music Institute (WMI) works each year with hundreds of songwriters, from kindergarten through adulthood, through its education and social impact programs. As part of the A Time Like This: Music for Change project—WMI’s contribution to the Hall’s citywide festival The ’60s: The Years that Changed America—all of these musicians and songwriters are focused on the music and ideas of the 1960s. Beginning in September 2017, songwriters have been listening to the artists who have made big musical contributions to our culture—artists such as Johnny Cash, John Coltrane, Bob Dylan, Marvin Gaye, Richie Havens, Jimi Hendrix, Joni Mitchell, Nina Simone, Stephen Stills, and Stevie Wonder. These artists not only took up the causes of civil rights, peace, youth empowerment, and freedom, but also created a deep body of music that has influenced generations of music makers since. Building from these powerful inspirations, WMI’s songwriters have been coached and encouraged to make their own work that is tied to causes and ideas they believe in today.

Emma Thompson-Haye, a 16-year-old songwriter from Eleanor Roosevelt High School in Manhattan, was struck by the way Black Lives Matter mirrors many of the struggles articulated during the Civil Rights Movement of the 1960s. “We cannot be blind to the violence we see,” she writes in her folk-inspired “Afro Americana.” “You know he’s not safe in that black hoodie.” 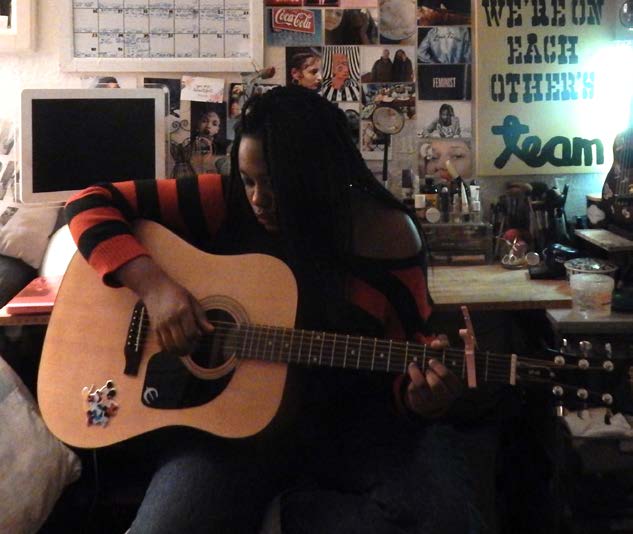 Focusing on the cycles of violence and inequality that she sees even in her own school, Thompson-Haye addresses frankly the ways that our current conversation embodies a new twist of misunderstanding. “Don’t say that you’re blind to the colors you see,” she writes. “You know we are different, you and me.”

This reframing of the social issues of our time is exactly what the A Time Like This project was intended to do, according to Carnegie Hall’s Chief Education Officer and WMI Director Sarah Johnson. “When we sat down to think about how to contribute to the conversation around the 1960s, we thought it was paramount to share the voices and stories of people today.” Johnson has made raising these voices a central tenet of many of the activities of WMI, whether through the Musical Explorers program for kindergarten through second graders this year focusing on Freedom Songs, or NeON Arts, a partnership with the NYC Department of Probation’s Neighborhood Opportunity Network that provides art-making opportunities in communities around the city.

All of the work that was done last fall is leading up to a first for participants in WMI’s songwriting programs: a culminating concert in Stern Auditorium / Perelman Stage. The A Time Like This: Music for Change concert on March 11 will feature 13 songs selected from almost 100 written this year, along with a handful of influential covers from the 1960s. Some of these songs will be performed by the songwriters themselves, while others will be performed by guest artists.

A 19-piece band led by Kenny Seymour, composer and music director for film and theater, will bring to life full arrangements of these new songs in dynamic and surprising ways. The concert will be hosted by poet-emcee Lemon Andersen, a Def Poetry veteran who has shaped a personal language from his own history of growing up in New York. Taken together, the A Time Like This concert will be a rallying cry for unity and the power of music to change the world.

Nowhere is WMI’s mission of supporting agency more apparent than in Carnegie Hall’s continued work at Sing Sing Correctional Facility, where—for the ninth year— men who are incarcerated work side by side with teaching artists to write and perform newly created songs and compositions. 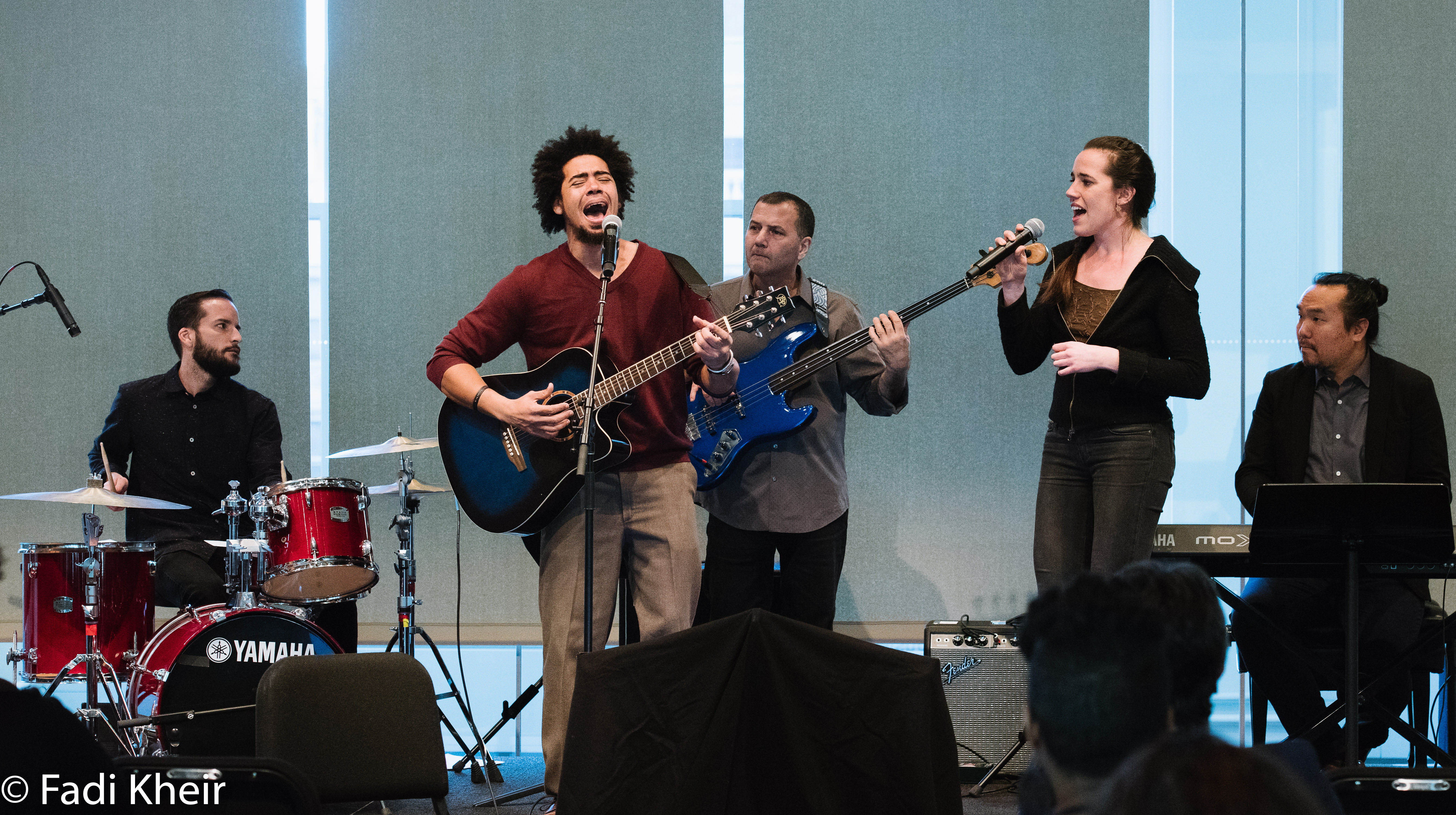 After one of those men, Rob, returned home, music continued to be a medium through which he expresses his point of view. In his defiant song “Testify,” Rob states what could be a mantra for today’s songwriters hoping to use music to make an impact. “Be honest, be brave, and testify.” On March 11, songwriters from across the city will do just that.

To explore more events in The ’60s: The Years that Changed America, visit carnegiehall.org/60s.