A little more than 100 years ago in 1917, a group of New Orleans musicians calling themselves the Original Dixieland Jass Band cut two songs for the Victor label—“Livery Stable Blues” and “Dixie Jass Band One Step”—that are considered by many to be the first jazz recordings ever made. Since then, jazz has never stopped evolving, as new subgenres—swing, bebop, fusion, free—and artists so familiar that only a single name is necessary—Pops, Duke, Billie, Coltrane, Miles, Ella, Monk, Ornette, Chick, Esperanza—have continually contributed to its rich, indelible history.

As with any art form, for jazz to thrive in the future it requires new blood, intrepid thinkers both cognizant of its past and keen to take it someplace new. With that in mind, this year Carnegie Hall’s Weill Music Institute launches NYO Jazz, a national ensemble that gives young musicians the opportunity to work directly with some of the most significant artists within the jazz community, and to perform on the Carnegie Hall stage and abroad.

An extension of the classical music–oriented National Youth Orchestra of the United States of America (NYO-USA) and NYO2, formed in 2013 and 2016, respectively, NYO Jazz is a four-week intensive program that will nurture and showcase the talents of 16- to 19-year-old participants during the summer of 2018 and each summer thereafter. Celebrated guest artists and educators will engage the student musicians during the session, which combines training, performance, and international touring. As with NYO-USA and NYO2, NYO Jazz is offered free of charge to all participants.

“We are excited to bring together some of the most brilliant young jazz players from across the country to form the very first NYO Jazz,” says Clive Gillinson, Carnegie Hall’s executive and artistic director. “It is our hope to empower these superb musicians to further develop their artistry and inspire audiences around the world through performances of America’s beloved art form.”

In this inaugural year, trumpeter, composer, and educator Sean Jones leads NYO Jazz as its first artistic adviser, directing the orchestra’s debut performance at Carnegie Hall, followed by a tour of Europe’s great music capitals and prestigious festivals, including Cadogan Hall in London, the Concertgebouw in Amsterdam, Usher Hall as part of the opening weekend of the Edinburgh International Festival, and Berlin as part of the Young Euro Classic festival.

For Jones, the educational aspect of the program is of paramount importance. He recalls his own experience with “great educators in music, people who took extra time with me,” and hopes to pass that expertise along—“to see who will be the new voices of the music and see where they come from, what their aspirations are, and to be a small part of that journey with them.”

Twenty-two students hailing from 16 states have been selected to participate in the 2018 program. Cyrus Mackey, a trumpeter from Fort Lauderdale, Florida, says, “Being accepted to NYO Jazz lets me know that all my hard work and dedication is being noticed by other hard-working and dedicated individuals.” He looks forward to “living up to the standard set by the progenitors of my instrument. Playing with someone and knowing where they want to take you, and going on that journey, is one of the greatest experiences you can have.”

Jazz bassist John Clayton and saxophonist Miguel Zenón have each composed new, commissioned works that will be performed by the student ensemble. “I think that one of the greatest compliments you could receive as a composer is to be commissioned by your peers, so I’m extremely excited and honored about the opportunity,” says Zenón. He describes jazz as “an exceptional musical language, one that combines intellect and intuition in a very unique way,” and finds inspiration in programs such as NYO Jazz, “which give young musicians the opportunity to find a place for jazz in their lives.” 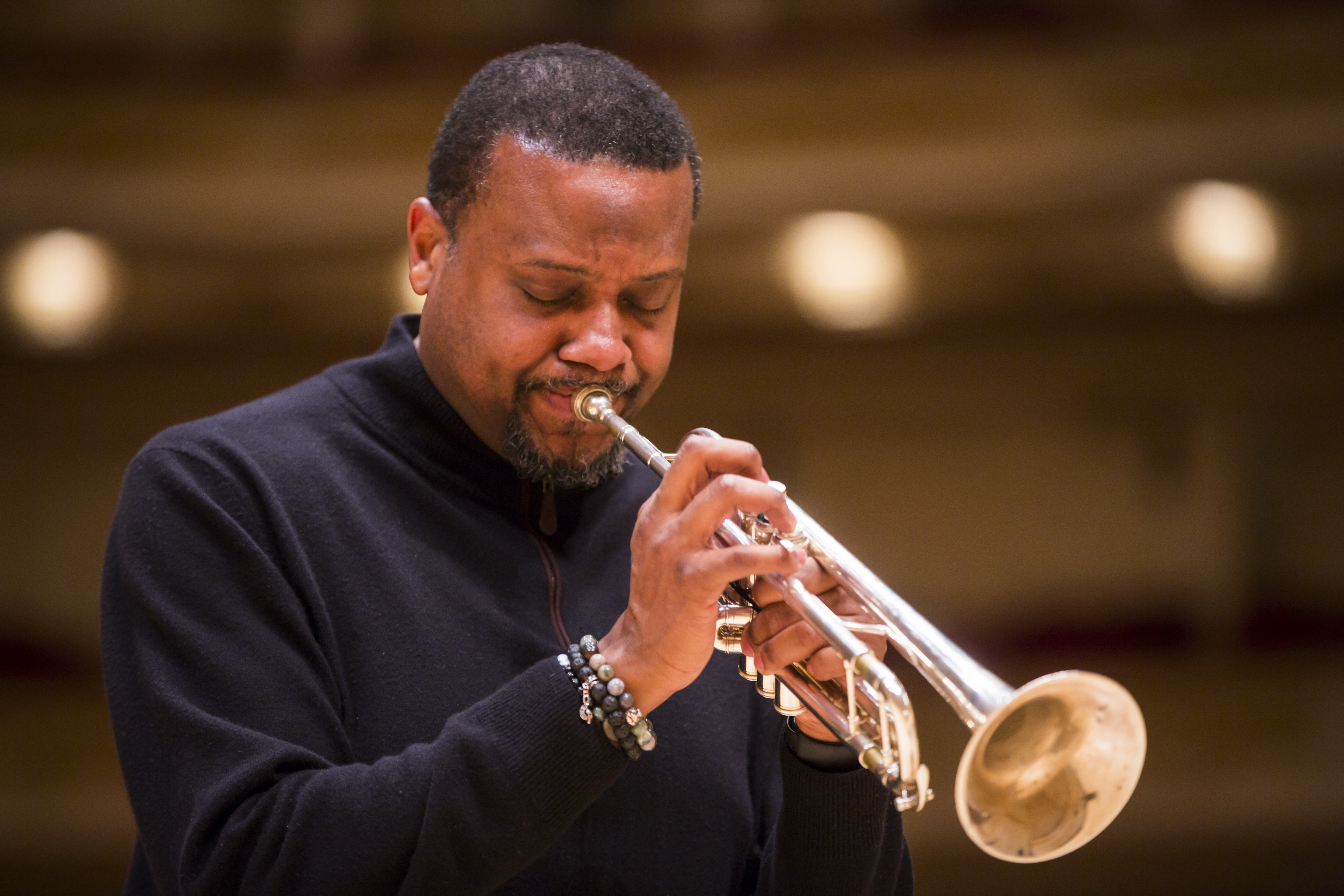 “I try to make sure that the students bring themselves to it—their mind, body, soul, spirit—so that they can offer the best version of themselves in the music.”
—Sean Jones, NYO Jazz Artistic Adviser and Bandleader

Student and tenor saxophonist Cole Palensky of Papillion, Nebraska, was drawn to jazz initially because, he says, “It sounded so fresh and different from what I was used to hearing. I was determined to find out what these musicians were doing.” He considers being selected as a member of NYO Jazz “a huge milestone in my musical and artistic career,” an opportunity for young musicians to represent America overseas, playing an American-born genre of music. “I view it as a way to show the world that jazz is still thriving in our country and that it has a bright future,” he says.

For Jones, the task ahead is one that he takes very seriously. “I try to make sure that the students bring themselves to it—their mind, body, soul, spirit—so that they can offer the best version of themselves in the music.” Jazz, he adds, is ultimately about individualism. “I try to make sure that they’re being themselves while respecting the tradition of jazz and becoming a part of this wonderful culture and making sure it is preserved for generations to come.”

Another advocate of mentoring programs focused on developing young artists is John Clayton. He hopes that the students will learn from their involvement “a shortlist of performance and expressive techniques,” including the ability to “focus on the other players, not on yourself, and blending with them, attaching your soul to every note you play.”

Student Anna Abondolo, a bassist from Los Angeles, is excited to have the opportunity to work with seasoned professionals like Clayton, Jones, and Zenón. She hopes to gain valuable musical insight from the professionals during the four weeks she will spend with them, “as well as how to pursue a career in music. NYO Jazz is providing young jazz musicians a chance to learn from incredible musical mentors and from each other,” she says.

“To be a musical ambassador for jazz as an American citizen is extremely important,” says Jones, “perhaps more important than it’s ever been. We bring the true essence of what it means to be an American. Out of many, one. We embody that in our spirit. When we play, it’s not about divisiveness; it’s not about celebrating what separates us. It’s about celebrating what unites us. What better spokespersons are there in the world than jazz musicians?” 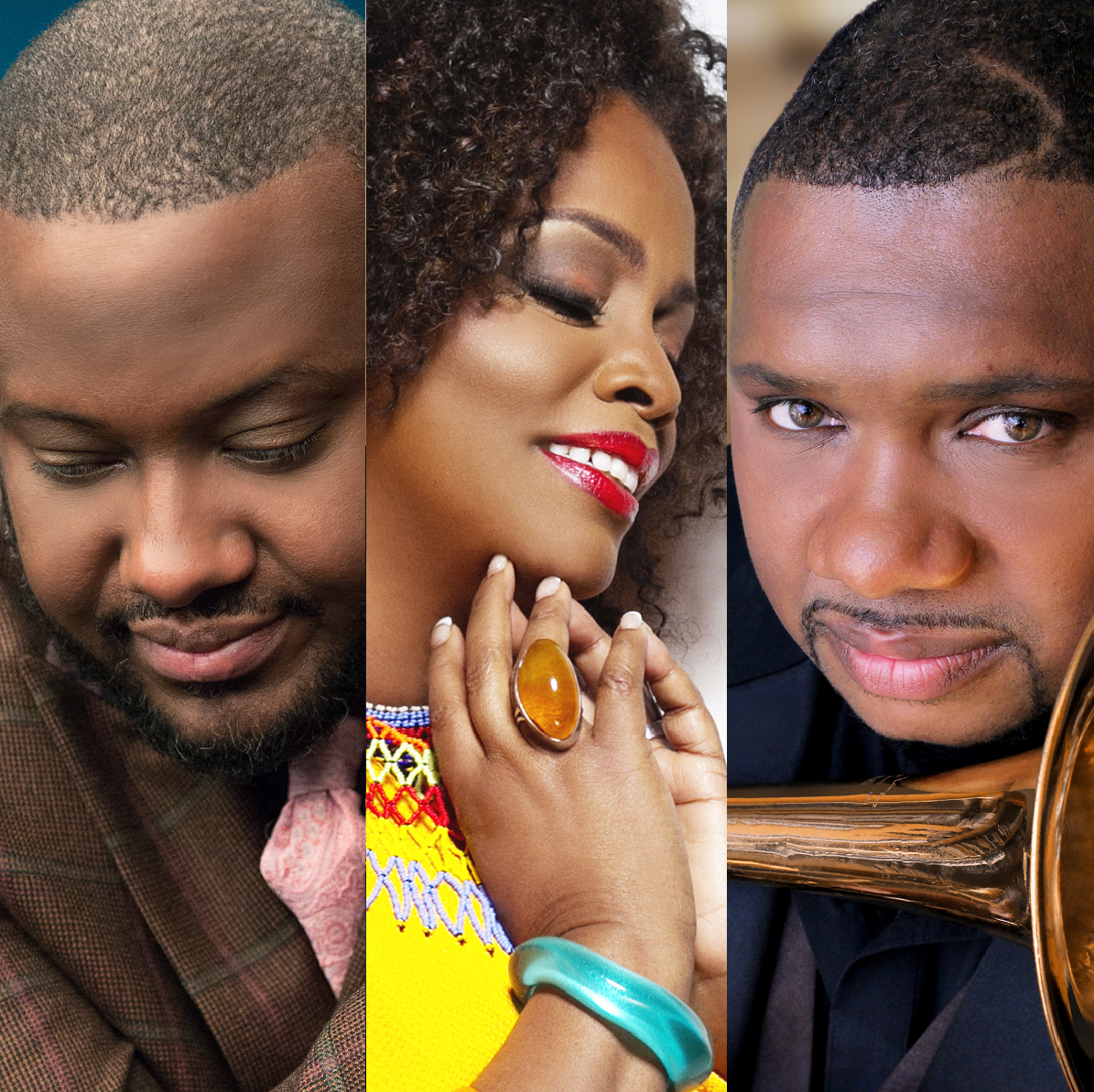 Trumpeter Sean Jones, trombonist Wycliffe Gordon, and Grammy Award–winning vocalist Dianne Reeves join NYO Jazz in its inaugural performance at Carnegie Hall. This new program for gifted young musicians ages 16–19 from across the country gives the next generation of American jazz players the opportunity to learn from some of today's top artists and perform as cultural ambassadors on an international tour. NYO Jazz's Carnegie Hall debut showcases the diversity and scope of jazz music, as well as its profound ability to express the vast dynamics within American music.
Learn More ›

Additional support has been provided by the Arison Arts Foundation; and Bank of America.