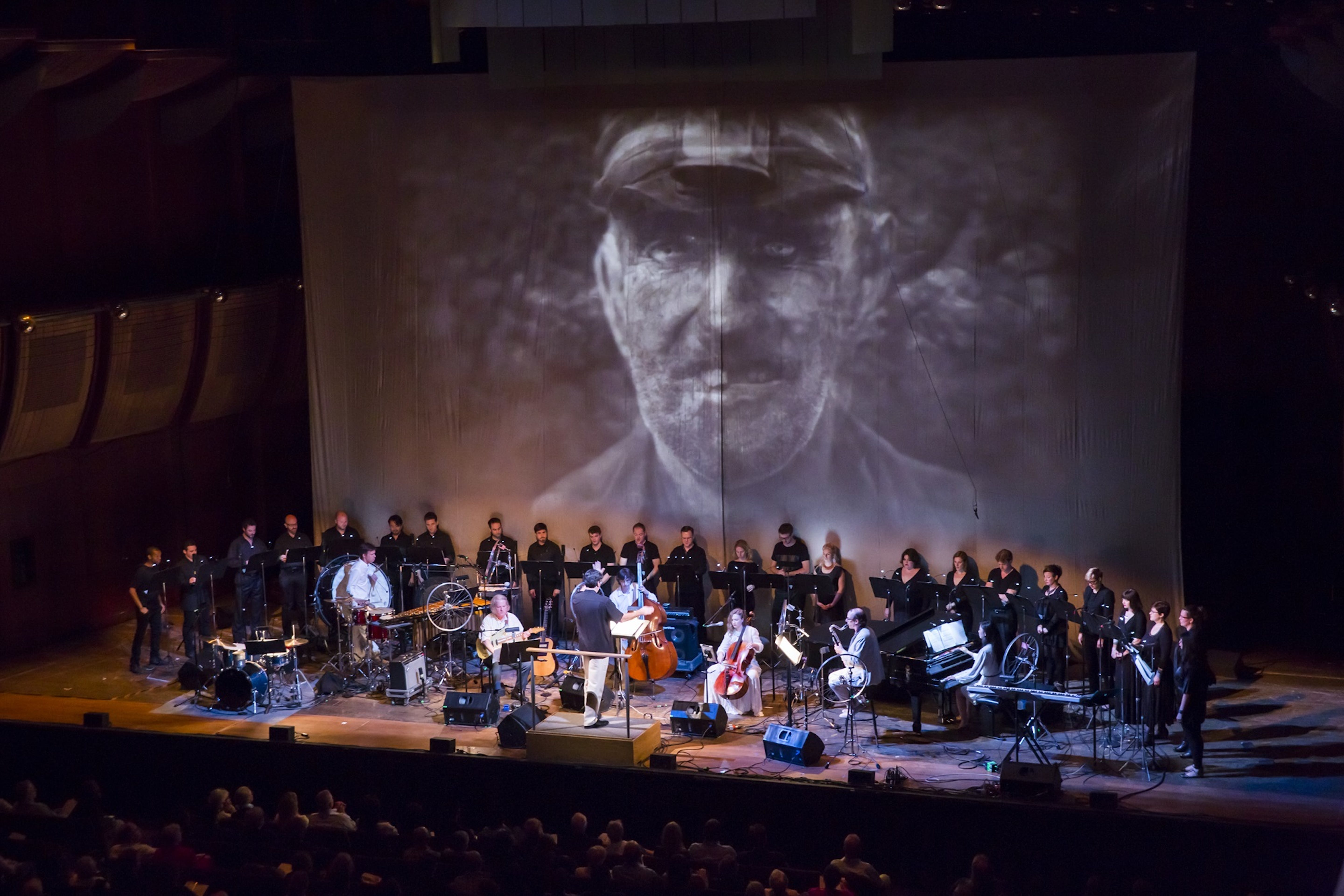 Julia Wolfe’s Anthracite Fields will be performed on Saturday, December 1, 2018 in Zankel Hall at Carnegie Hall.

Over a patchy Skype line, composer Julia Wolfe brims with enthusiasm for a project close to her heart. “I grew up in a small town in Pennsylvania”—not quite coal country, she says, “but far enough outside Philadelphia that it was small-town USA.”

When she received a call from Alan Harler, then–artistic director of the Mendelssohn Club of Philadelphia, the composer had never received a commission from her native state.

The commission, from one of the country’s oldest amateur choruses, turned her mind to Pennsylvania, to home. “That led me to coal country,” which then resulted in the Pulitzer Prize–winning five-movement Anthracite Fields, which will be performed at Carnegie Hall on December 1, including visual projections by Jeff Sugg that illuminate the work.

Movement 2: Breaker Boys
Zoom in on a rough-and-tumble scene. A high solo voice sings taunts and tongue-twisters over the sound of slaps and plucks and can-banging. Pathos breaks in, revealing realities: “You weren’t allowed to wear gloves. Your fingernails, you had none. The ends of them would be bleeding every day from work.”

But Wolfe’s first step towards Anthracite Fields came many years earlier, before she ever thought of a career in music. Thinking she was heading towards a social sciences major, she took classes about American labor history.

“I was reading about the politics and how we treat people in the workplace. It’s something I’ve always cared about.” Wolfe returns to these issues with Anthracite Fields, which asks “what it means to have a collective conversation, collective bargaining.”

Wolfe dug deep. She immersed herself in books about coal mining and spent time in coal country. Partially funded by Philadelphia’s Pew Center for Arts & Heritage, this project came ready-made with a personal guide, a local theater artist named Laurie McCants. (Wolfe, ever-generous, is careful to name each and every collaborator.)

Everything Wolfe learned was new to her, from the discovery of anthracite, a special form of coal, “to the political issues, to the tools they used, to the illnesses they had.” She toured coal mines and spoke to third-generation miners.

Although she knew little about this world, Wolfe tried to make it clear to locals that she had grown up nearby—that she and McCants were “not scary, big-city folks descending upon their town.”

Movement 3: Speech
Static crackles like an old radio broadcast. A lone voice preaches: “If we must grind up human flesh and bones in this industrial machine we call modern America …” (the crowd echoes, amplifies each phrase) “…. we owe protection to those men and we owe security to their families if they die.”

Wolfe agrees that Anthracite Fields is certainly a “political piece.” She made deliberate decisions, like placing a speech by John L. Lewis, once the head of United Mine Workers of America, at the heart of the piece. But here politics is not a “heavy hammer,” says Wolfe, who wanted to give the audience “space to have the experience I had, one of discovery and consideration. They’ll feel the emotion and have their own observations.”

And Wolfe’s journey continues. “Every several weeks, I get a letter from someone who says, ‘I heard the piece. My grandfather died of black lung.’ That’s never happened to me before—to have this dialogue with people whose lives were directly impacted through contact with my work.”

On one research trip to the Anthracite Heritage Museum, a woman named Barbara Powell stopped Wolfe. “Her father and grandfather were miners, and she grew up in a town that the company built.” A section of Anthracite Fields came directly from a moment in their wide-ranging conversation, from this woman’s love of her garden.

Movement 4: Flowers
The gentle sound of folk song. “We all had flowers,” voices sing in rising lines of simplicity, innocence. “Violets and asters and lilacs and tulips ...” Flowers, a stark contrast with the noise and danger of the mine, a reminder that organic material produces coal. Flowers, marking the graves of those who are gone.

The band for Anthracite Fields is the Bang on a Can All-Stars. This crew of genre-bending musicians knows Wolfe’s music backwards and forwards, but she still pushed them into unknown territory. In addition to sonic experiments, conjuring sounds of a coal mine, two members of the group also take prominent vocal solos.

Movement 5: Appliances
Unexpected bursts sting like electricity. Emotionless voices drone about lives changed by coal: “Bake a cake. Drill a hole. Go to the gym. Heat your house.” Actions taken with little thought of the cost to lives, to communities.

Part of Wolfe’s reason for using these untrained voices was “to break the choir out of their more traditional sound.” The score asks for rough sounds, whistling, pitch-bending. And the All-Stars helped with this. “Mark often coaches the choir [The Choir of Trinity Wall Street at the performance next month], saying, ‘Let’s do a call and response. When I go for it, you guys go for it!’”

Before Anthracite Fields, Wolfe had avoided setting text to music, despite her background in theater. “One of the things that drew me to music was that it was beyond words,” she says. “You could say so much and not have to explain what you are saying.”

Two decades of writing almost solely instrumental music allowed her “to dive into what composition is, what orchestration is, what sound is, what a piece of music is.” But now with Anthracite Fields, Wolfe has come home—to Pennsylvania, to folk music, to labor politics, to words.

“There’s a reason I took this crazy journey,” she says with a laugh. “It was so natural to come back. It seems like it’s meant to be.”

Julia Wolfe’s Anthracite Fields will be performed on Saturday, December 1, 2018 in Zankel Hall at Carnegie Hall.