A Flair for the Dramatic: Gianandrea Noseda and the National Symphony Orchestra

New York City audiences are used to seeing just the top of Gianandrea Noseda’s head in the orchestra pit at the Metropolitan Opera, where the Italian maestro is a frequent guest conductor. But on May 19, Noseda will be front and center at Carnegie Hall with the National Symphony Orchestra.

Whether he is conducting an opera or a symphony, Noseda’s aim is to tell the story of the music through the performance. Each genre informs the other, he says. “The ultimate goal is just to sing, even for the instrumentalists. When I talk to them about espressivo—about phrasing like a singer—they immediately get what I am asking from them.”

In comparison, a performance on the concert stage that is vivid, strong, and dramatically precise allows the story to come across without sets, costumes, or lighting. Noseda brings that concert-hall precision to the operatic stage. “In the opera house, you have to compromise with the movement, with the costumes, with the acting, with the distance between the stage and the conductor. I like the opera to be tight, to be structured like a symphony.”

The National Symphony Orchestra (NSO) players see this first-hand. Jauvon Gilliam, NSO’s principal timpanist, says that in rehearsal Noseda is highly descriptive. “He’ll use these very vivid analogies that paint a picture of how he wants it to sound.” That, combined with Noseda’s clarity with his gestures, allows the musicians to easily understand his interpretation, explains Gilliam. Carnegie Hall audiences will see for themselves as Noseda leads the NSO in two profoundly dramatic concert works: Rossini’s Stabat Mater and Liszt’s Dante Symphony.

During his lifetime, Rossini was the most popular opera composer in history. At age 37, with 39 operas to his credit, he announced his retirement. Over a decade later, intrigued by the challenge of crafting a major sacred work, he picked up his quill again to compose the Stabat Mater. Scholars consider it his greatest accomplishment.

Noseda says there are moments in the Stabat Mater that foreshadow Verdi. “The level of complexity in this composition is more developed than in his operas,” he says. “It’s a very refined, visionary piece that shows us where Rossini would have arrived if he had continued composing operas.”

Liszt was inspired by the work of 14th-century Italian poet Dante Alighieri. In the Dante Symphony, he created essentially an expanded tone poem from Dante’s Divine Comedy. The composition is in two movements, tracing Dante’s journey through the Inferno and Purgatorio. Liszt set only these two sections of the Divine Comedy; it was Richard Wagner who persuaded him that no piece of music could adequately describe Heaven. In something of a compromise, Liszt included a setting of the Magnificat text at the end, which effectively alludes to Paradiso.

Noseda loves Liszt because he was not afraid to unleash his imagination. “Liszt was very adventurous, very experimental,” Noseda says, evidenced by the composer’s ambitious undertaking to put the Divine Comedy to music. “It’s a fantastic piece of music, very descriptive, with all the elements of anguish and terrifying moments in the first-movement Inferno and the painful elements in the second-movement Purgatorio.”

Noseda says in order to effectively communicate the work, the orchestra has to “reach this edgy performance level—technically, emotionally, dramatically. We have to always be on the edge without losing control. The first movement, especially, is a very traumatic and painful moment because of all the damned souls that are suffering.”

But Noseda has high regard for the NSO musicians and their ability to musically convey the drama. “I think it’s an incredible orchestra because everyone is so eager to perform. And that is, for me, the most important element in performing music—otherwise there would not be any reason for people to buy a ticket.”

May 19 marks the first time that Noseda and the NSO will appear together at Carnegie Hall, where they plan to exhibit their collective artistic journey. “What we put in day in and day out, pouring our hearts into this job that we all really love so much, we’re able to showcase in the highest possible way,” said Gilliam.

Noseda’s ultimate mission is not so modest. “When the performance becomes a life-changing experience, that is our goal,” he says. “People will continue to come to the concerts because there is something special that is happening there. That is what we try to achieve in Washington with this orchestra.” And that is inevitably the goal at Carnegie Hall as well.

This article originally appeared in the April issue of Carnegie Hall’s PLAYBILL. 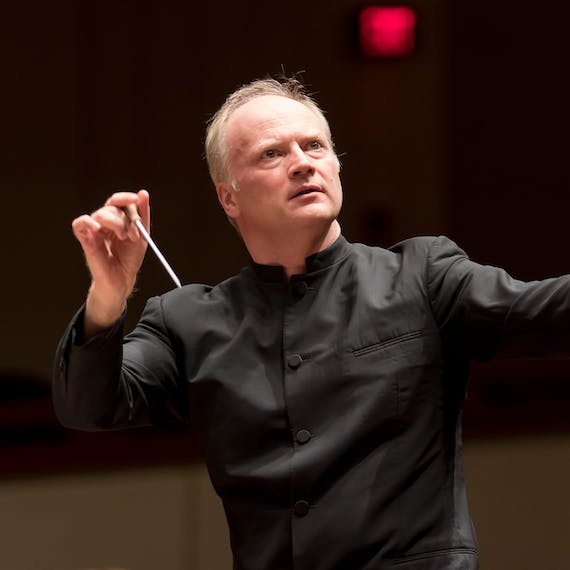