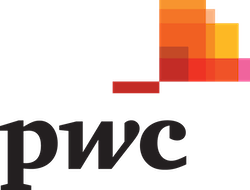 Major support for the 125 Commissions Project is provided by the Howard Gilman Foundation.

The New York Philharmonic plays a leading cultural role in New York City, the United States, and the world. This season’s projects connect the Philharmonic with up to 50 million music  ...

The New York Philharmonic plays a leading cultural role in New York City, the United States, and the world. This season’s projects connect the Philharmonic with up to 50 million music lovers through live concerts in New York City and on its worldwide tours and residencies; digital recording series; international broadcasts on television, radio, and online; and as a resource through its wide range of education programs and Digital Archives. Today, the orchestra’s performances are enriched by collaborations among today’s leading artists, a philosophy behind the creations of the positions of The Marie-Josée Kravis Composer-in-Residence, currently held by Esa-Pekka Salonen; The Mary and James G. Wallach Artist-in-Residence, now held by bass-baritone Eric Owens; and Artist-in-Association, who is now pianist Inon Barnatan. The Philharmonic works with institutional partners on groundbreaking initiatives, including critically acclaimed staged productions; the NY PHIL BIENNIAL, which will return in 2016; and the Lincoln Center– New York Philharmonic Opera Initiative.

The orchestra has commissioned and/or premiered works by leading composers from every era since its founding in 1842—including Dvořák’s “New World”Symphony; John Adams’s Pulitzer Prize–winning On the Transmigration of Souls, dedicated to the victims of 9/11; and Magnus Lindberg’s Piano Concerto No. 2. Renowned around the globe, the Philharmonic has appeared in 432 cities in 63 countries—including the groundbreaking 1930 tour of Europe; the unprecedented 1959 tour to the USSR; the historic 2008 visit to Pyongyang, DPRK, the ﬁrst there by an American orchestra; and the orchestra’s debut in Hanoi, Vietnam, in 2009.

The New York Philharmonic serves as a resource for its community and the world. It complements its annual free concerts across the city—including the Concerts in the Parks, Presented by Didi and Oscar Schafer—with Philharmonic Free Fridays and a wide range of education programs, among them the famed, long-running Young People’s Concerts and Philharmonic Schools, an immersive classroom program that reaches thousands of New York City students. Committed to developing tomorrow’s leading orchestral musicians, the Philharmonic has established the New York Philharmonic Global Academy, featuring collaborations with partners worldwide oﬀering training of pre-professional musicians, often alongside performance residencies. These include the Shanghai Symphony Orchestra Academy and Residency Partnership and collaborations with Santa Barbara’s Music Academy of the West and The Shepherd School of Music at Rice University.

The oldest American symphony orchestra and one of the oldest in the world, the New York Philharmonic has made almost 2,000 recordings since 1917, including several Grammy Award winners, and its self-produced digital recording series continues in the 2015–2016 season. Music Director Alan Gilbert began his tenure in September 2009, succeeding a distinguished line of 20th-century musical giants that includes Leonard Bernstein, Arturo Toscanini, and Gustav Mahler.

Alan Gilbert, music director of the New York Philharmonic since 2009, introduced the positions of The Marie-Josée Kravis Composer-in-Residence, The Mary and James G. Wallach ...

In the 2015–2016 season, Mr. Gilbert conducted Strauss’s Ein Heldenleben to welcome concertmaster Frank Huang, as well as ﬁve world premieres; cocurates the second NY PHIL BIENNIAL; and performs violin in Messiaen’s Quartet for the End of Time. He also leads the orchestra as part of the Shanghai Orchestra Academy Residency and Partnership, and appears at Santa Barbara’s Music Academy of the West. Philharmonic tenure highlights include acclaimed stagings of Ligeti’s Le grand macabre, Janáček’s The Cunning Little Vixen, Stephen Sondheim’s Sweeney Todd starring Bryn Terfel and Emma Thompson (for which he is nominated for an Emmy Award for Outstanding Music Direction), and Honegger’s Joan of Arc at the Stake starring Marion Cotillard; 24 world premieres; The Nielsen Project; Verdi’s Requiem; the score from 2001: A Space Odyssey alongside the ﬁlm; Mahler’s Symphony No. 2, “Resurrection,” on the 10th anniversary of 9/11; and nine tours around the world. In August 2015, he led the Mahler Chamber Orchestra in the US stage premiere of George Benjamin’s Written on Skin, co-presented as part of the Lincoln Center–New York Philharmonic Opera Initiative.

Evgeny Kissin’s musicality, the depth and poetic quality of his interpretations, and his extraordinary virtuosity have earned him the veneration and admiration deserved only by one of  ...

Evgeny Kissin’s musicality, the depth and poetic quality of his interpretations, and his extraordinary virtuosity have earned him the veneration and admiration deserved only by one of the most gifted classical pianists of his generation and, arguably, generations past. He is in demand the world over and has appeared with many legendary artists, including Abbado, Ashkenazy, Barenboim, Dohnányi, Giulini, Levine, Maazel, Muti, and Ozawa.

Mr. Kissin began playing piano by ear at age two. At age six, he entered the Gnessin School of Music in Moscow, where he was a student of Anna Kantor. He came to international attention in 1984 when, at age 12, he performed Chopin’s First and Second piano concertos in the Great Hall of the Moscow Conservatory with the Moscow Philharmonic Orchestra under Dmitri Kitaenko. In 1990, Mr. Kissin made his North American debut, performing both Chopin piano concertos with the New York Philharmonic, conducted by Zubin Mehta, and the following week opened Carnegie Hall’s centennial season with a spectacular debut recital, recorded live by BMG Classics. This season, in addition to Carnegie Hall’s Opening Night Gala with Alan Gilbert and the New York Philharmonic, Mr. Kissin performs with the Boston and Chicago symphony orchestras and The MET Orchestra, and appears in two recitals, a chamber music program, and a Jewish poetry program as part of his Carnegie Hall Perspectives series.

Mr. Kissin has received a number of musical awards and accolades from around the world. He was special guest at the 1992 Grammy Awards ceremony, broadcast live for an audience estimated at more than one billion, and three years later he was named Musical America’s youngest Instrumentalist of the Year. He was awarded an honorary doctorate of music by the Manhattan School of Music, the Shostakovich Award, and an honorary membership of the Royal Academy of Music in London.