In War & Peace: Harmony Through Music

Thursday, December 15, 2016 8 PM Stern Auditorium / Perelman Stage
URL Copied
The ravages of war can be expressed in actual physical combat or in the inner torments of a troubled mind, while harmony or resignation to one’s fate can bring peace. Whether it’s the emotional anguish depicted in “Scenes of horror, scenes of woe” from Handel’s Jephtha, or Purcell’s Dido bringing the torments of faithless love to the peace of eternal rest in one of opera’s most poignant laments, Joyce DiDonato explores themes of conflict and resolve that reach us today from music by Handel, Purcell, and other composers of the Baroque.

WAR
HANDEL "Scenes of horror, scenes of woe" from Jephtha 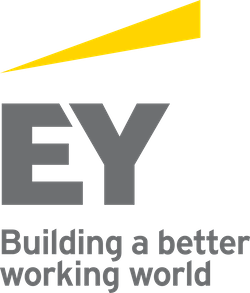 Joyce DiDonato would like to thank the Pure Land Foundation for its generous support of her In War & Peace project. She would also like to thank Five Arts Foundation, as recommended by Helen Berggruen; Susan and John Singer; Helen and Peter Bing; The Howard and Sarah D. Solomon Foundation; and Marnie and Kern Wildenthal for their additional support.

In War & Peace
Harmony Through Music

The pendulum of human history has continuously swung between despair and hope, horror and bliss, chaos and tranquility. We are a restless bunch, prone to desperation, separation, and fear in some moments, and yet, mercifully, to optimism, aspiration, and generosity in others.

As a citizen of the world in 2016, the temptation to spiral down into the turmoil and pessimism that seemingly permeates all corners of our lives can overwhelm me at times, and the temptation to simply give into the dispiriting din of upheaval can devastate the spirit. And yet, I'm a belligerent, proud, willing optimist.

And so I ask myself: Is it possible to find a sincere and lasting peace within such deafening chaos? And if so, how do I access it? Is it conceivable that there exists an alternative to simply surrendering to the inevitable noise and our base fears, and instead to bravely choose serenity, audaciously silencing those fears?

Creators of great art have been depicting atrocity and pandemonium side-by-side with tranquility and equanimity for centuries, boldly showing us both our brutal nature and our elevated humanity. Art unifies, transcends borders, connects the disconnected, eliminates status, soothes turmoil, threatens power and the status quo, and gloriously exalts the spirit. Art is a valiant path to peace.

With the help of Handel and Purcell, among other masterful artists, I respectfully invite you look at the interwoven worlds of external conflict and serenity, of internal war and peace, and to contemplate where you wish to reside within yourself.

Ultimately and unquestionably, the power to bravely tip the scales towards peace lies firmly within every single one of us.

And so I ask you: In the midst of chaos, how do you find peace?

Multi Grammy Award winner Joyce DiDonato entrances audiences across the globe. The Kansas-born mezzo-soprano has soared to the top of the industry both as a performer ...

Multi Grammy Award winner Joyce DiDonato entrances audiences across the globe. The Kansas-born mezzo-soprano has soared to the top of the industry both as a performer and as a fierce advocate for the arts, gaining international prominence in operas by Handel and Mozart, as well as through her wide-ranging discography. She is also acclaimed for the bel canto roles of Rossini and Donizetti.

In demand on the concert and recital circuit, she has recently held residencies at Carnegie Hall and London's Barbican Centre; toured extensively in South America, Europe, and Asia; and appeared as a guest soloist at the BBC's Last Night of the Proms. Recent opera highlights have included her first Charlotte in Werther at the Royal Opera House under Sir Antonio Pappano; the title role in Maria Stuarda at the Metropolitan Opera, Royal Opera House, and Barcelona's Liceu; the title role in Alcina on tour with The English Concert and Harry Bicket; and Marguerite in La damnation de Faust with the Berliner Philharmoniker under Sir Simon Rattle.

Ms. DiDonato opened her 2016-2017 season in a gala concert with the Seattle Symphony under Ludovic Morlot; she also performed with the Chicago Symphony Orchestra under Riccardo Muti and in recital with Philippe Jordan. Later this season, she will appear with the Berliner Philharmoniker under Yannick Nézet-Séguin. On the opera stage, she makes her much anticipated debut in the title role of Semiramide in a new production at the Bayerische Staatsoper under Michele Mariotti; goes on tour with The English Concert and Harry Bicket, performing the title role in Ariodante; returns to Strasbourg as Dido (Les Troyens) under John Nelson; and reprises the role of Sesto (La clemenza di Tito) under Mr. Nézet-Séguin in Baden-Baden. Ms. DiDonato makes her Off-Broadway debut in White Rabbit Red Rabbit, the internationally acclaimed play by Nassim Soleimanpour.

An exclusive recording artist with Erato / Warner Classics, Ms. DiDonato's Joyce and Tony: Live from Wigmore Hall (with Antonio Pappano) won the 2016 Grammy Award for Best Classical Vocal Album. Her other recordings include Stella di Napoli, a sumptuous bel canto banquet that includes little-known gems alongside music by Bellini, Rossini, and Donizetti. Her Grammy Award-winning Diva, Divo comprises arias for male and female characters, celebrating the rich dramatic world of the mezzo-soprano. A retrospective of her first 10 years of recordings entitled ReJoyce! The Best of Joyce DiDonato was released in 2013. Other honors include the Gramophone Artist of the Year and Recital of the Year awards, three German ECHO Klassik awards as Female Singer of the Year, and induction into the Gramophone Hall of Fame.

Ms. DiDonato's most recent recording, In War & Peace: Harmony Through Music, was released last month and is accompanied by a 20-city international tour. Special thanks to the Pure Land Foundation (purelandfoundation.com) for its generous support of this project.


Il Pomo d'Oro was founded in 2012 with a special focus on opera, but is equally committed to instrumental performance ...


Il Pomo d'Oro was founded in 2012 with a special focus on opera, but is equally committed to instrumental performance in various forms. The musicians united in this group are among the best to be found worldwide for authentic and vivid interpretation on period instruments. They form an ensemble of outstanding quality, combining stylistic knowledge, the highest technical skills, and artistic enthusiasm. Their collaboration with violinist and conductor Riccardo Minasi led to an award-winning first recording; their second recording, with Dmitry Sinkovsky as soloist and conductor, received a Diapason d'Or.

In 2012, Il Pomo d'Oro recorded three albums with three different countertenors: Venezia with Max Emanuel Cencic, Bad Guys with Xavier Sabata, and Arias for Caffarelli with Franco Fagioli--all under the direction of Mr. Minasi. There is also a 2013 recording of Vivaldi's concertos for two violins, played and directed by Mr. Minasi and Mr. Sinkovsky. In conjunction with Gondola, a book by American writer Donna Leon, Il Pomo d'Oro recorded a collection of ancient Venetian barcaroles, sung by Vincenzo Capezzuto. A compilation of arias from Handel's Agrippina--most of them world premieres on CD--with Swedish mezzo-soprano Ann Hallenberg was released in 2015, followed by Arie Napoletane, a collaboration with countertenor Max Emanuel Cencic that was directed by Maxim Emelyanychev.

Il Pomo d'Oro performs in all of the most important venues and at all of the most acclaimed festivals in Europe. In 2015, the ensemble accompanied Joyce DiDonato on her tour of Asia and this season joins her on the recording and corresponding tour of In War & Peace. There will also be tours of Handel's Partenope and Rinaldo; concerts with Edgar Moreau, and Katia and Marielle Labèque; and return visits to Carnegie Hall as part of La Serenissima: Music and Arts from the Venetian Republic, a citywide festival in February.

Maxim Emelyanychev is an outstanding representative of the rising generation of young conductors. Born in 1988 to a family of musicians, he first studied conducting at the Nizhny Novgorod State Conservatory, before continuing his education in the conducting class of Gennady Rozhdestvensky at the Tchaikovsky Moscow State Conservatory, and in the fortepiano and harpsichord class of Maria Uspenskaya.

Mr. Emelyanychev made his conducting debut at the age of 12 and has since conducted both Baroque and symphonic orchestras. In addition to Il Pomo d'Oro, he leads the Novosibirsk Musica Aeterna Ensemble, and is the creator and leader of the Veritas chamber orchestra. Last season, he conducted Il Pomo d'Oro in an outstanding concert performance of Handel's Tamerlano in Hamburg, Vienna, and Cologne, as well as at Versailles.

Mr. Emelyanychev's international career includes appearances with the Sofia Sinfonietta, Sinfonia Varsovia, and Real Orquesta Sinfónica de Sevilla, who invited him to conduct a production of Don Giovanni at the Teatro de la Maestranza. He has also conducted the Orquesta Nacional de España and the Real Filharmonía de Galicia.

Studying classical ballet from an early age at the Teatro Colón in his native Argentina, Manuel Palazzo has traveled the globe, participating in both modern and ...

Coming from a musical and theatrical background, Ralf Pleger has been internationally acclaimed for his innovative music films and film portraits of notable ...

Coming from a musical and theatrical background, Ralf Pleger has been internationally acclaimed for his innovative music films and film portraits of notable personalities. His accolades include a Public Award at the Montreal World Film Festival and an ECHO Klassik award. His film Wagnerwahn was nominated for an International Emmy Award.

Starring Joyce DiDonato in the title role, Mr. Pleger's latest cinematic production--The Florence Foster Jenkins Story--was released earlier this year. The film tells the unbelievable story of the "worst singer of all time" in a flamboyant mix of drama and documentary.

Mr. Pleger studied musicology, art history, and Italian in Berlin and Milan. Freelancing as a dramaturge, he contributed to various international opera productions by the Staatsoper unter den Linden and the Innsbrucker Festwochen der Alten Musik, among others. He simultaneously worked as an author and director for various film productions and television broadcasters.

Mr. Pleger's staging of In War & Peace adds a new dimension to his long-term artistic relationship with Ms. DiDonato. Together with the multifaceted opera singer and lighting designer Henning Blum, he developed a concept that is based on suggestive lighting to enhance the concert program with a contemporary, non-literal, yet cohesive narrative. The challenge of reconciliation can be seen as one of the key inspirations for the show.

Henning Blum is a freelance gaffer and lighting designer who resides in Berlin and Hamburg. With a career in the film industry that spans 17 years, he has worked on more than 70 movies, including feature films for all German networks and ARTE with companies like UFA Fiction, Network Movie, Constantin Film, and the Oscar-winning Wiedemann & Berg Film. He also did the lighting for several movies, working twice with Fatih Akin, and international cinematographers Sonja Rom and The Ngo Chau. In addition, Mr. Blum has lighted 120 commercials and 30 music videos. His latest movie, The Florence Foster Jenkins Story with Joyce DiDonato in the starring role, aired in cinemas across Europe. He was also responsible for the lighting design of the artistic Tableaus Vivantes. Mr. Blum studied at the HAW (University of Applied Sciences) in Hamburg and is a member of the BVB, the union of lighting technicians in Germany.

Yousef Iskandar is a visual artist who works with video, photography, performance, and art installations. He was born in Lebanon in 1983. Throughout his 10 years of experience, he has worked in the art department of Yehya Saade's production house, Over Beirut. He also designs and leads workshops across Europe. Mr. Iskandar is based in Berlin and Barcelona, where he continues to experiment and play with his multidisciplinary artistic expression, stretching borders and defying categories and restrictions.