Friday, October 20, 2017 8 PM Stern Auditorium / Perelman Stage
URL Copied
Sir Antonio Pappano by Musacchio and Ianniello / EMI Classics, Martha Argerich by Adriano Heitmann
The rarely performed Sinfonia that Verdi wrote for the La Scala premiere of Aida is a full-fledged overture that reflects themes from the opera, while Respighi’s Fountains of Rome and Pines of Rome are spectacularly orchestrated tone poems that evoke the beauty of the Eternal City. To add to the festivities, Martha Argerich returns to Carnegie Hall after a nine-year absence to play Prokofiev’s Piano Concerto No. 3—one of her specialties.

Part of: International Festival of Orchestras I 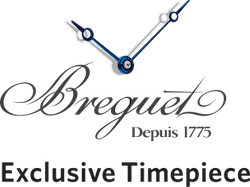 This evening’s concert presents two extravagantly colorful Italian tone poems and a go-for-broke Russian piano concerto, all from the early 20th century. Respighi’s Fountains of Rome and Pines of Rome evoke scenes from the Eternal City that display the composer’s serenity, grandiosity, and mastery of the modern orchestra. Fountains, the more poetic and delicate of the two, depicts Rome’s great fountains at different times of the day, with contrasting effects of light. Pines, more cinematic and expansive, builds to a vision of the Roman legions that produces a spine-tingling frisson in a large, resonant space like Carnegie Hall. Prokofiev’s Third Piano Concerto, a virtuosic workout for the soloist, combines the composer’s signature irony and impishness with wistful lyricism. The concert includes a rare, large-scale overture to Aida that Verdi discarded but Toscanini restored 70 years later as a dramatic tone poem.

The Orchestra dell’Accademia Nazionale di Santa Cecilia was the first orchestra in Italy to devote itself exclusively to the symphonic repertoire, giving the premieres of works such ...

The Orchestra dell’Accademia Nazionale di Santa Cecilia was the first orchestra in Italy to devote itself exclusively to the symphonic repertoire, giving the premieres of works such as Respighi’s Fountains of Rome and Pines of Rome. Founded in 1908, the orchestra has been conducted by some of the major musical figures of the 20th century—from Mahler, Debussy, Saint-Saëns, R. Strauss, Stravinsky, Sibelius, Hindemith, Toscanini, Furtwängler, de Sabata, Karajan, and Abbado to contemporary conductors who include Valery Gergiev, Christian Thielemann, Gustavo Dudamel, and Yuri Temirkanov. Its music directors have included Bernardino Molinari, Franco Ferrara, Fernando Previtali, Igor Markevitch, Thomas Schippers, Giuseppe Sinopoli, Daniele Gatti, and Myung-Whun Chung. Leonard Bernstein was honorary president from 1983 to 1990.

The orchestra has appeared at major music festivals that include the Proms in London, White Nights in St. Petersburg, and the Lucerne and Salzburg festivals, and it has performed in venues that have included the Philharmonie in Berlin, Musikverein and Konzerthaus in Vienna, Concertgebouw in Amsterdam, Royal Albert Hall in London, Salle Pleyel in Paris, La Scala in Milan, Suntory Hall in Tokyo, and the Semperoper Dresden.

Born in London in 1959 to Italian parents, Mr. Pappano studied piano, composition, and conducting in the US. He made debuts at the Vienna State Opera in 1993, at the Metropolitan Opera in 1997, and at the Bayreuth Festival in 1999. He has conducted many of the world’s major orchestras, including the New York Philharmonic; the Chicago and London symphony orchestras; the Bavarian Radio Symphony Orchestra; the Philadelphia and Cleveland orchestras; the Berliner Philharmoniker; and the Vienna Philharmonic and Royal Concertgebouw orchestras. In April 2014, he made his debut at Teatro alla Scala in Milan with Berlioz’s Les Troyens.

In 2012, Mr. Pappano was knighted by Queen Elizabeth II for his services to music, and in the same year he was appointed a Knight Grand Cross of the Order of Merit of the Italian Republic. In 2015, he received an honorary degree in music from the University of Rome Tor Vergata as well as the Royal Philharmonic Society’s Gold Medal.

Martha Argerich was born in Buenos Aires, Argentina, and began her piano studies at the age of five with Vincenzo Scaramuzza. In 1955, she moved to Europe and continued her studies in ...

Martha Argerich was born in Buenos Aires, Argentina, and began her piano studies at the age of five with Vincenzo Scaramuzza. In 1955, she moved to Europe and continued her studies in London, Vienna, and Switzerland with Bruno Seidlhofer, Friedrich Gulda, Nikita Magaloff, Dinu Lipatti, and Stefan Askenase. In 1957, she won first prizes at international competitions in Bolzano and Geneva, followed by her win at the International Chopin Piano Competition in 1965. Since then, she has been one of the most prominent pianists in the world. Her large repertoire includes works by Bach, Bartók, Beethoven, and Messiaen, as well as Chopin, Schumann, Liszt, Debussy, Ravel, Franck, Prokofiev, Stravinsky, Shostakovich, and Tchaikovsky.

Ms. Argerich regularly performs with the most prestigious orchestras and conductors, and at music festivals in Europe, Japan, and the US. Chamber music is a significant part of her musical life, and she regularly plays and records with pianists Nelson Freire and Alexandre Rabinovitch, cellist Mischa Maisky, and violinist Gidon Kremer.

Ms. Argerich has recorded for EMI, Sony, Philips, Teldec, and Deutsche Grammophon. She has received Grammy Awards for her recordings of piano concertos by Bartók and Prokofiev, Prokofiev’s Cinderella with Mikhail Pletnev, and Beethoven’s concertos nos. 2 and 3 with the Mahler Chamber Orchestra under Claudio Abbado. She has also earned a BBC Music Magazine Award, Choc du Monde de la Musique, and Gramophone’s Artist of the Year. Recent recordings include Mozart concertos with Orchestra Mozart and Maestro Abbado, and a duo recital with Daniel Barenboim.

Since 1998, Ms. Argerich has been the artistic director of the Beppu Festival in Japan. In 1999, she created the International Piano Competition and Festival Martha Argerich in Buenos Aires and, in June 2002, the Progetto Martha Argerich in Lugano (Switzerland). Ms. Argerich was named Officier de l’Ordre des Arts et des Lettres in 1996 and Commandeur de l’Ordre des Arts et des Lettres in 2004 by the French government. Her other distinctions include awards from the Accademia Nazionale di Santa Cecilia in Rome in 1997, and from President Obama at the Kennedy Center Honors in December 2016.