Presented by Robeco SummerNights at the Royal Concertgebouw Amsterdam

Thursday, August 2, 2018 8 PM Royal Concertgebouw Amsterdam
URL Copied
Sean Jones by Jimmy Katz, Dianne Reeves by Jerris Madison
Following in the footsteps of the National Youth Orchestra of the United States of America (NYO-USA), NYO Jazz makes its debut tour to Europe. This new program for gifted young musicians ages 16–19 from across the country gives the next generation of American jazz players the opportunity to learn from some of today’s top artists and perform as cultural ambassadors for international audiences. NYO Jazz’s program, led by virtuoso trumpeter Sean Jones and featuring Grammy Award–winning vocalist Dianne Reeves as special guest, ranges from standards written for the Duke Ellington and Count Basie jazz orchestras to contemporary arrangements that showcase the diversity and scope of American music—and of the big band itself.

LOESSER “If I Were a Bell” (arr. John Clayton) 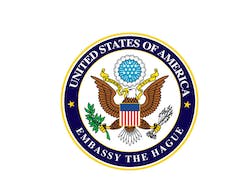 Public support has been provided by the U.S. Embassy in The Hague.