Create your own series and save now.

ERNST The Last Rose of Summer 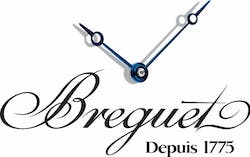 Composed between 1878 and 1888, Brahms’s three sonatas for violin and piano are works of mature and unostentatious mastery. In contrast to the Violin Concerto of 1878, the three sonatas are predominantly intimate and conversational in tone. Dark and impassioned, the D-Minor Sonata may reflect the platonic love affair that Brahms had long carried on with pianist Clara Schumann, Robert Schumann’s widow.

Enescu met Brahms when he was a student in Vienna in the early 1890s, and later became a noted interpreter of Brahms’s Violin Concerto. Enescu had outgrown Brahms’s influence and fallen under the sway of César Franck and Gabriel Fauré by the time he wrote his F-Minor Violin Sonata at the end of the decade. The great violin teacher Carl Flesch called it “one of the most important works in the whole literature of the sonata.”

Hints of W. C. Handy and George Gershwin spice Ravel’s spare-textured, jazz-influenced Violin Sonata, written in the mid-1920s. Yehudi Menuhin recalled that Ravel burst into the studio of his teacher, Enescu, excitedly brandishing the manuscript score. After the two men read through the sonata, Enescu amazed the young Menuhin by playing it a second time entirely from memory.

ERNST  The Last Rose of Summer

Following in Nicolò Paganini’s footsteps, Ernst had a stellar career as an itinerant violin virtuoso, teacher, and composer. According to his pupil Joseph Joachim, “Paganini may have been a greater virtuoso, but he could not have played with more warmth, poetry, and esprit than Ernst.” This set of bravura variations on a popular Irish song—comprising the final movement of Ernst’s Six Polyphonic Studies—attests to Ernst’s technical wizardry.

Both Paganini and Gioachino Rossini were at the peak of their fame in 1819, when the violinist saluted his younger composer friend in this scintillating paraphrase of the hit aria “Di tanti palpiti” from Rossini’s opera Tancredi. Originally scored for violin and orchestra, Paganini tuned his fiddle up a half-step to make it stand out more brilliantly.

Universally hailed as one of the world’s finest musicians, Grammy Award winner Maxim Vengerov also enjoys international acclaim as a conductor. Born in 1974, he began his career as a ...

Universally hailed as one of the world’s finest musicians, Grammy Award winner Maxim Vengerov also enjoys international acclaim as a conductor. Born in 1974, he began his career as a solo violinist at the age of five, won the International Henryk Wieniawski Violin Competition and Carl Flesch International Violin Competition at ages 10 and 15, respectively, and has gone on to record extensively for high-profile labels that include Teldec and EMI.

Mr. Vengerov turned his attention to conducting in 2007, following in the footsteps of his mentor, Mstislav Rostropovich. Mr. Vengerov graduated in 2014 with a diploma of excellence from Moscow’s Ippolitov-Ivanov Institute, where he studied with Yuri Simonov, and has since completed a two-year program in opera conducting. He made his conducting debut in Moscow with Tchaikovsky’s Eugene Onegin.

Highlights of Mr. Vengerov’s 2018–2019 season include opening the Orchestra Filarmonica della Scala’s season with Riccardo Chailly, as well as residencies with the Orchestre Philharmonique de Monte-Carlo and Paris’s Philharmonie. During the 2017–2018 season, Mr. Vengerov premiered a new concerto by renowned composer Qigang Chen at the Beijing International Music Festival, conducted the Orchestre National de France in Shostakovich’s Symphony No. 10, and toured Europe, China, and the US in recital.

Encouraging young talent is one of Mr. Vengerov’s greatest passions, and he has held various teaching positions around the world. He is currently a professor at the International Menuhin Music Academy in Switzerland, recently accompanying and conducting a concert that featured his students and Cecilia Bartoli at Rosey Concert Hall. Since September 2016, Mr. Vengerov has been the Polonsky Visiting Professor of Violin at London’s Royal College of Music. In 1997, he became the first classical musician to be appointed an International Goodwill Ambassador of UNICEF. Mr. Vengerov plays the ex-Kreutzer Stradivari violin from 1727.

Born in Kazan, Russia, Roustem Saïtkoulov entered the Kazan Conservatory at the age of six. He went on to attend the Moscow Conservatory, where he studied with Eliso Virsaladze and ...

He has performed concerts and recitals all over the world in Russia (Moscow’s International House of Music and St. Petersburg’s Philharmonia), China (Beijing’s National Centre for the Performing Arts and Guangzhou’s Opera House), Japan (Tokyo’s Metropolitan Art Space and Osaka’s Symphony Hall), Argentina (Buenos Aires’s Teatro Colón), Mexico (Mexico City’s Palacio de Bellas Artes), and Australia (Sydney Opera House), as well as in the US, Canada, South Africa, Chile, and in many of the most important European venues.