The printed program will last approximately two hours, including one 20-minute intermission. Please note that there will be no late seating before intermission. 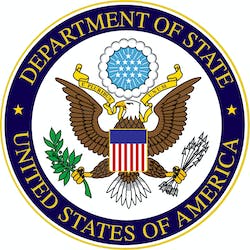 This concert presents two works renowned for their daring experiments in color. Berlioz’s Les nuits d’été—a set of nocturnal love songs—is the grandfather of the orchestral song cycle. Unlike his earlier and wilder Symphonie fantastique, it is consistently subtle and refined, sustaining a seductive nocturnal mood—though, like Symphonie fantastique, it is linked to the composer’s tumultuous love life. Strauss’s Eine Alpensinfonie, on the other hand, is a grandiose showpiece for a huge orchestra, the culmination of a tradition rather than the start of a new one. The composer’s final tone poem, it rivals the spectacular effects in Also sprach Zarathustra and Ein Heldenleben. In 22 vivid pieces of tone painting, the work depicts the exhilarating ascent and terrifying descent of a mountain climber through dark woods, sunny meadows, and a harrowing storm. Though written in two different centuries, both works are distinctly Romantic: Berlioz’s in its depiction of passion and longing, and Strauss’s in its extravagant lushness and grandeur.

One of today’s most sought-after conductors, Sir Antonio Pappano has been music director of the Orchestra dell’Accademia Nazionale di Santa Cecilia since 2005; he has also been ...

One of today’s most sought-after conductors, Sir Antonio Pappano has been music director of the Orchestra dell’Accademia Nazionale di Santa Cecilia since 2005; he has also been music director of the Royal Opera, Covent Garden, since 2002. Acclaimed for his charismatic leadership and inspirational performances in both symphonic and operatic repertoire, he was nurtured as a pianist, répétiteur, and assistant conductor at many of the most important opera houses in Europe and North America, including the Bayreuth Festival—where he was a musical assistant to Daniel Barenboim—and Lyric Opera of Chicago.

Mr. Pappano made debuts at the Vienna State Opera in 1993, the Metropolitan Opera in 1997, and the Bayreuth Festival in 1999. He has conducted many of the world’s major orchestras, including the New York Philharmonic; Chicago, Boston, and London symphony orchestras; Bavarian Radio Symphony Orchestra; The Philadelphia Orchestra; The Cleveland Orchestra; Berliner Philharmoniker; and Vienna Philharmonic and Royal Concertgebouw orchestras. He has worked at San Francisco Opera, Théâtre du Châtelet, and Staatsoper Berlin, and recently made operatic debuts at the Salzburg Festival (Don Carlo) and Teatro alla Scala (Les Troyens).

Mr. Pappano records exclusively for Warner Classics. His discography features numerous complete operas, as well as many orchestral recordings with the Orchestra dell’Accademia Nazionale di Santa Cecilia and other ensembles. As a pianist, Mr. Pappano appears with some of the most celebrated singers, including Joyce DiDonato, Gerald Finley, and Ian Bostridge. He has also partnered on recordings that include operatic recitals with Nina Stemme, Plácido Domingo, Anna Netrebko, and Jonas Kaufmann; chamber recitals with Ms. DiDonato, Mr. Bostridge, and Barbara Bonney; and concerto performances with Leif Ove Andsnes, Maxim Vengerov, Janine Jansen, Jan Lisiecki, and Beatrice Rana.

Highly acclaimed for her passionate intensity and remarkable vocal beauty, multiple Grammy Award winner Isabel Leonard continues to thrill audiences both in the opera house and on the ...

Highly acclaimed for her passionate intensity and remarkable vocal beauty, multiple Grammy Award winner Isabel Leonard continues to thrill audiences both in the opera house and on the concert stage.

Ms. Leonard is the recipient of the Richard Tucker Award. She has also joined supporters of the Prostate Cancer Foundation to lend her voice in honor of her father, who died from the disease when she was in college.

Each summer, Carnegie Hall’s Weill Music Institute brings together the finest young musicians from across the country (ages 16–19) to form the National Youth Orchestra of the ...

Each summer, Carnegie Hall’s Weill Music Institute brings together the finest young musicians from across the country (ages 16–19) to form the National Youth Orchestra of the United States of America (NYO-USA). Following a comprehensive audition process and a three-week training residency at Purchase College, State University of New York, with faculty comprising principal players from top professional US orchestras, these remarkable teenagers embark on a tour to some of the great music capitals of the world, serving as America’s dynamic music ambassadors. As part of their travel schedule, NYO-USA musicians also have the opportunity to meet and collaborate with local young musicians and experience the richness of the local culture.

Launched in the summer of 2013 to great acclaim, the first-ever National Youth Orchestra of the USA presented concerts with conductor Valery Gergiev and violinist Joshua Bell to enthusiastic audiences at the Kennedy Center in Washington, DC; St. Petersburg and Moscow in Russia; and the BBC Proms in London. The 2014 orchestra, led by conductor David Robertson with violinist Gil Shaham as soloist, made its debut at Carnegie Hall, followed by a coast-to-coast US tour. In 2015, NYO-USA made its debut in China with conductor Charles Dutoit and pianist YUNDI on a seven-city tour, performing at some of the country’s greatest concert halls, including the National Centre for the Performing Arts in Beijing. In 2016, the orchestra performed with conductor Christoph Eschenbach and pianist Emanuel Ax at Carnegie Hall before embarking on a European tour with Mr. Gergiev and pianist Denis Matsuev. The 2017 orchestra traveled to Latin America for the first time, performing in Mexico, Ecuador, and Colombia under the direction of Marin Alsop. In July 2018, NYO-USA returned to Asia, performing in Taipei, Shanghai, Beijing, Seoul, and Daejeon with conductor Michael Tilson Thomas and pianist Jean-Yves Thibaudet.

This summer, NYO-USA is led by Sir Antonio Pappano and performs with mezzo-soprano Isabel Leonard at the Tanglewood Music Center in Lenox, Massachusetts, followed by its annual Carnegie Hall engagement. The orchestra then returns to Europe with performances in Britain, the Netherlands, and Germany with mezzo-sopranos Joyce DiDonato and Dame Sarah Connolly.