You and your students will meet New York City–based artists who represent three different musical genres and cultural traditions; many have reinvented these deeply rooted traditions to make them their own. Together, you will learn songs and dances that you will perform along with the artists during the digital concert experience at the end of your semester.

Composer, arranger, producer, and vocalist Magda Giannikou was born in Athens, Greece. After studying classical piano for 15 years, she attended Berklee College of Music to hone her love for film scoring, jazz improvisation, arranging, and music production. Magda is the founder and leader of the world music group Banda Magda and has toured the world, performing at such renowned venues as The John F. Kennedy Center for the Performing Arts and such acclaimed festivals as the Vancouver Jazz Festival. Magda has also collaborated on several projects with two-time Grammy Award–winning group Snarky Puppy. She is part of the Sundance Composers Lab and was commissioned to compose a work for and perform with the Kronos Quartet, celebrating the group’s 40th anniversary at Lincoln Center. Magda is also committed to music education with artist residencies at various institutions around the world. 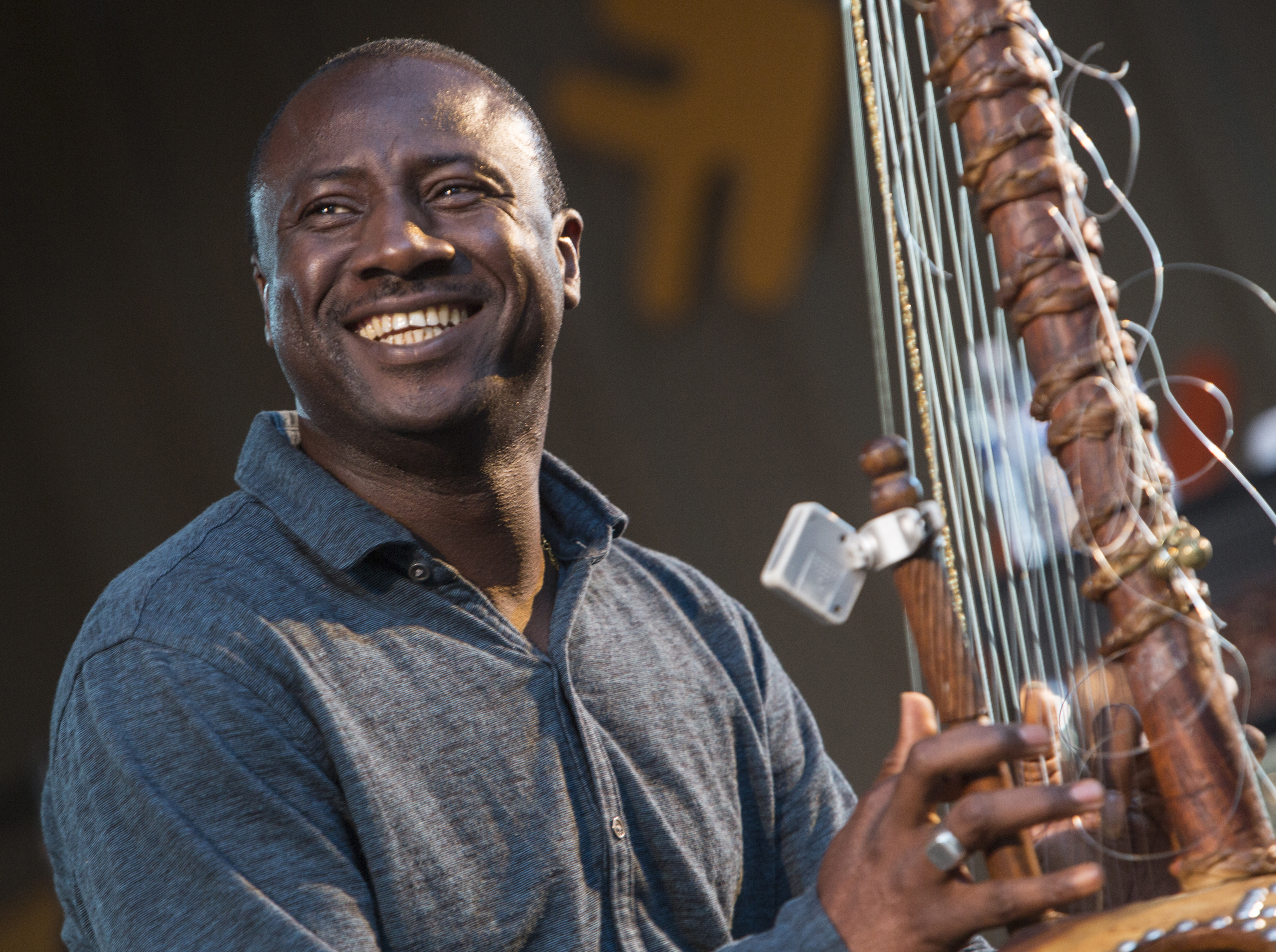 Yacouba Sissoko was born in Kita, Mali to a long line of jelis. When he was nine, he began playing the kora and learning centuries-old oral traditions from his grandfather; by the time he was 15, he was performing with prominent African bands, which brought him to the US. Yacouba has toured and recorded with well-known African musicians, such as Amy Koïta, Baaba Maal, Sekouba “Bambino” Diabate, and Kerfala Kanté, and also with American musicians including Harry Belafonte, Paul Simon, Lauryn Hill, and Regina Carter. He effortlessly blends Malian traditions with a range of musical styles. In 2017, he released his first solo album SIYA.

Falguni “Falu” Shah is internationally recognized for her rare ability to seamlessly blend a signature inventive style with a formidable voice trained in the Indian classical tradition. Originally from Mumbai, India, Falu moved to the US in 2000 and was appointed as a visiting lecturer at Tufts University. Since then, she has collaborated with a range of outstanding artists, including Yo-Yo Ma, Wyclef Jean, Philip Glass, Ricky Martin, Blues Traveler, and A. R. Rahman. Her first album Falu was featured in the Smithsonian Asian Pacific American Center exhibit Beyond Bollywood as representative of the voice of an Indian American trendsetting artist. In 2009, Falu performed at the White House for President Barack Obama and First Lady Michelle Obama. In 2015, she was named one of the 20 most influential global Indian women by the Times of India.