You never forget an Angélique Kidjo concert at Carnegie Hall. The Grammy Award winner closed the 2014 UBUNTU festival with a tribute to singer Miriam Makeba that inspired the audience—including Archbishop Emeritus Desmond Tutu—to stand, sing, and clap along. She got David Byrne moving, too—in 2017, the former Talking Heads singer joined her on stage for “Once in a Lifetime” before she led a conga line that snaked its way through Stern Auditorium. The Benin-born superstar, called “Africa’s diva” by TIME magazine, brings her intoxicating blend of West African music, American R&B, jazz, and funk to her Perspectives series.

With three concerts curated by Kidjo and one spectacular program featuring her as a performer, Kidjo’s Perspectives charts the journey of African music and culture throughout the world. It opens with a program that features Benin International Musical, a fast-rising ensemble that fuses hip-hop and electronica with traditional music of Benin. The next concert in her series is devoted to powerful voices of the African diaspora from generation to generation and continent to continent, featuring sensational singers and more from around the world. She also will be honored by longtime friend and guitarist Lionel Loueke and his trio in a concert that both celebrates and reinvents many of her marvelous songs. Kidjo’s Perspectives culminates in an extraordinary concert celebration to mark her 60th birthday and the anniversary of independence for many West African countries. There will be special guest artists and exhilarating surprises in this joyous tribute to one of music’s most vibrant voices. 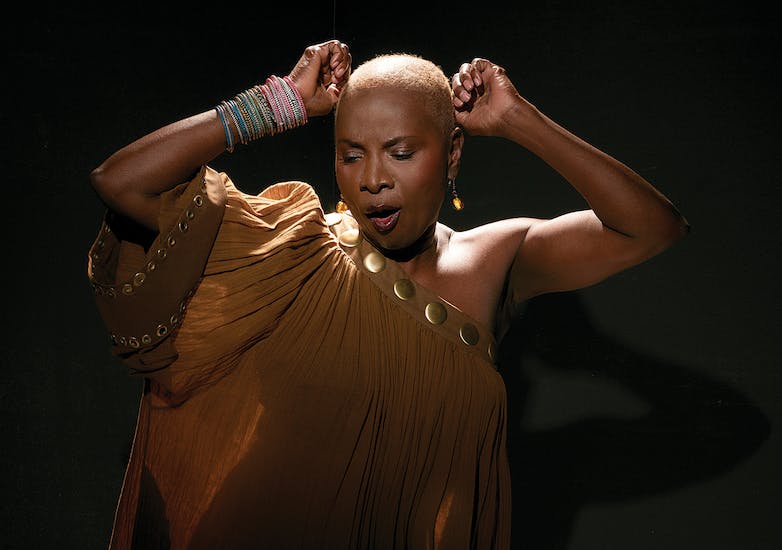 Angélique Kidjo charts the journey of African music and culture around the world in her Perspectives series this season.

Major support for the Angélique Kidjo Perspectives series has been provided by the Howard Gilman Foundation.