James Ross, music director of the Alexandria Symphony, has been orchestra director of the National Youth Orchestra of the United States of America (NYO-USA) since its inaugural year in 2013. Ross has the unique position of overseeing the artistic and educational aspects of both NYO-USA and its sister program, NYO2, leading the orchestras in rehearsals in preparation for each year’s performing activities. Ross sat down with NYO-USA bassist Willie Swett to answer several questions.

I think I was one of those kids who liked to sing a lot when they’re really little. I was in my church’s choir and I sang at the Christmas pageant. My mother’s side of the family was also very musical. My grandmother used to visit and train me. She was tough and really loved that I showed an interest in music. My mother also had a brother who really loved music. He died tragically in a car crash when he was young. He played the horn, so when I started on trumpet after trying piano and recorder, it was clear to my mother and grandmother that in some way I was a rebirth of my uncle. After trumpet, I started on horn in sixth grade. By the time I was 16, I started subbing in the Boston Pops and Boston Symphony Orchestra.

Why did you start conducting?

My most interesting jobs have come out of the blue. I had pneumonia for a few weeks one year at Harvard. I couldn’t play horn, so I sort of loafed around at home feeling sorry for myself. I randomly got a call asking if I would be interested in auditioning to be the conductor of the Bach Society Orchestra. I said, “Why not?” I auditioned and won the job. By the end of the year, I had conducted well over 20 concerts, having never taken a single conducting lesson. I swear to this day that if somebody had never asked me, I never would have been a conductor.

How did you find out about NYO-USA?

It’s an interesting story, actually. I was in Egypt about a year after the government had fallen. Friends in the Foreign Service had invited me to stay with them. It was an interesting time—very dangerous—but it was fascinating to see the rebuilding of a government. While there, out of the blue I got an email from someone at Carnegie Hall that I had never heard of: Doug Beck, director of Artist Training Programs. Basically without knowing me from a hole in the wall, this Beck guy sent me a long, information-filled email about a possible project for 2013. He wanted to know if I could be the orchestra director. I was bewildered and honored. There was one catch, which was that I would never actually conduct the orchestra in concert. There would be a tour conductor for that—one of the stars of Carnegie Hall. They wanted me to help get the orchestra on its feet. My initial response was … should I take this seriously? I wrote Doug back, telling him I needed to think about this. After doing some research for about three or four days, I wrote him back and said yes.

Have you ever tried composing?

I tried my hand at composing pretty early on. I could kind of get by, but it didn’t feel like my musical voice was actually going into it. I figured out that I like telling other people’s stories as if they’re my own. It’s as if I’m an actor. I like to be close to the spirit of Beethoven—I feel his ideas inside of me.

What is it like to be an interpreter and director of music but not a creator of it?

I’m not so sure about that word interpretation. That’s a funny word. Some people don’t really believe that there’s such a thing as interpretation. There’s just a discovering of a world that’s on paper that needs to come to life as you see connections. Every piece of music is like a fish tank or a spy story. You have to ask yourself, “How does this fish tank work? How will all the clues in this spy story connect?” Most conductors don’t have the talent to put together the musical structures themselves, but most have the ability to notice the structures once they’re there and build a larger understanding of what the narrative is. In a way, the conductor completes the half-done process of what a piece is.

So just as a book needs a reader, a piece of music needs its conductor?

Exactly. It’s just an object. Just like the turning of pages in a novel, in a piece of music you don’t know where it’s going. Sometimes you have to read a novel over and over again to fully grasp all the themes. A good piece of music is just like that, but it takes a while to fully read a score. When you’re reading a novel, you read a sentence at a time, but when you’re reading a score, you could be reading 20–25 pieces of vertical information that you’ve got to translate in order to make sound.

I think we have a job to do. We have to get out of the mode of being so negative and critical. The notion of perfection is pervasive, so much so that musicians love to leave a concert bubbling with criticisms. We have to get out of that mode. We should continue to improve ourselves and work hard, but we also have to be willing to communicate with the audience and show that we are normal people who happen to have a passion for classical music.

Do you have a favorite book?

It’s funny, but I really like to read how-to manuals. I like to read about topics as disparate as golf or horseback riding and then try to somehow relate them to conducting. There are metaphors all around us. Why not see the connection between mastering a noble horse and keeping an orchestra under control?

Willie Swett is a 2016, 2017, and 2018 alum of NYO-USA. After NYO-USA, he enrolled in the Harvard College / New England Conservatory dual-degree program and began writing for The Harvard Crimson. 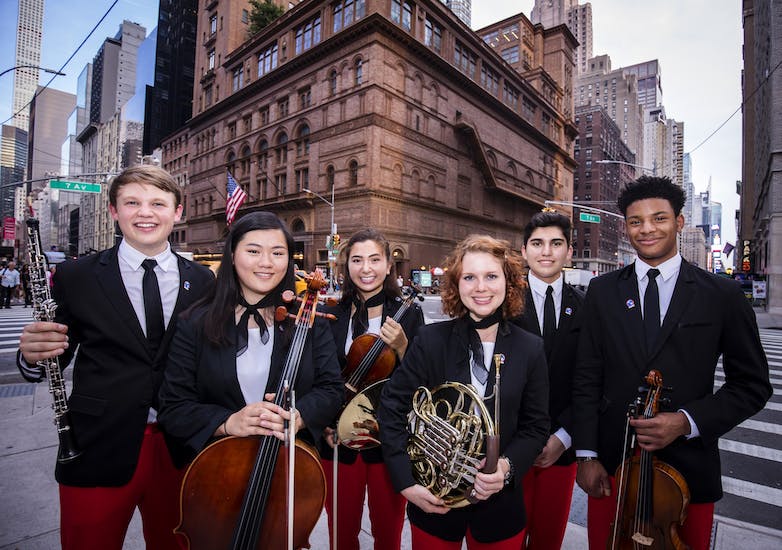