An Interview with Julia Wolfe

Pulitzer Prize winner Julia Wolfe creates music that is emotionally charged and viscerally powerful. One of the co-founders and co-artistic directors of the “relentlessly inventive” (New York Magazine) Bang on a Can collective, she draws inspiration from folk, classical, and rock styles to create musical journeys of powerful discovery. In advance of her residency as holder of the 2021–2022 Richard and Barbara Debs Composer’s Chair, she discussed her music and her three-concert series: Unsung Histories.

How does the title of your series reflect the theme of your works?

As a composer, I’m very interested in human stories and how you can tell history in a very different way with music. Taking those early interests in social consciousness and political action and putting that into these large-scale music pieces has been really enriching for me, but also a kind of mission, in a certain sense. And I think that the title Unsung Histories came out as a way of making an umbrella for this work that I’ve been doing that’s addressing these very powerful moments in history, where people have had their own agency and taken steps to make change.

You begin the series with Steel Hammer.

Steel Hammer was written for the Bang on a Can All-Stars and three female voices, and it was a real breakthrough piece for me.

I kept coming back to the John Henry story and this idea of man against machine. The way the Bang on a Can All-Stars have developed their musicianship is broad, and so there’s this kind of kinship between the way I compose and the way they perform that’s evolved over our years together—it’s pretty magical.

Beyond Steel Hammer, many of your other compositions are also considered “breakthrough” works.

In a way, I think of all of the pieces on this series as breakthrough pieces, but all in very different ways. Cruel Sister doesn’t use text, so it’s a little different from the other Unsung Histories. Cruel Sister was the first time I returned to narrative, and by that I mean closely following the arc of a story—in this case the stirring Old English ballad “Cruel Sister.” I am also thrilled to complement Cruel Sister with my recent work, With a blue dress on, performed by the brilliant violinist/fiddler Tessa Lark.

The series concludes with Anthracite Fields, an oratorio for which you won the Pulitzer Prize.

Anthracite Fields is another composition in the series of large-scale pieces about the American worker, this time focusing on the anthracite coal region in Pennsylvania.

I partnered with Jeff Sugg, who’s an amazing scenic designer—so when the audience is sitting there listening to Anthracite Fields, they’re hearing the text, they’re seeing the musicians and the choir, and also seeing a visual scape—the storytelling is really in conjunction with Jeff’s beautiful visual elements.

Separate from Unsung Histories, your residency begins with the premiere of Oxygen.

I began writing the piece before the pandemic hit, but then really dug in when my family went into isolation. Oxygen became my way of reaching out of the darkness and into the light. It was wonderful to kick off everything at Carnegie Hall with this beautiful film that features an amazing all-star cast of 12 flutists coming from far and wide. Against all odds—and always with an eye to safety—we rehearsed, workshopped, recorded, and filmed—the collaborative experience with the entire team was really remarkable.

I’m thrilled to be bringing in new and diverse voices to a Carnegie Hall Citywide concert this May at Bryant Park. We’re engaging the intrepid Asphalt Orchestra, which is a new-music marching band, and premiering three commissions for the ensemble by Leila Adu, Jeffrey Brooks, and Kendall Williams—each representing very different styles and sound worlds.

I’m also excited to partner with Ensemble Connect on a concert that will feature new commissions by Robert Honstein and Shelley Washington. I have this belief that if I have an incredible experience writing music, or hearing a new piece of music, that anybody else can also have that experience. Art is a reflection of time and place—who we are right now. 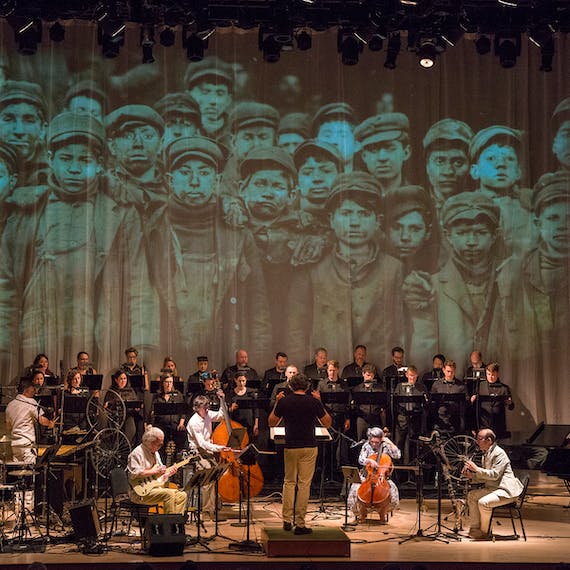 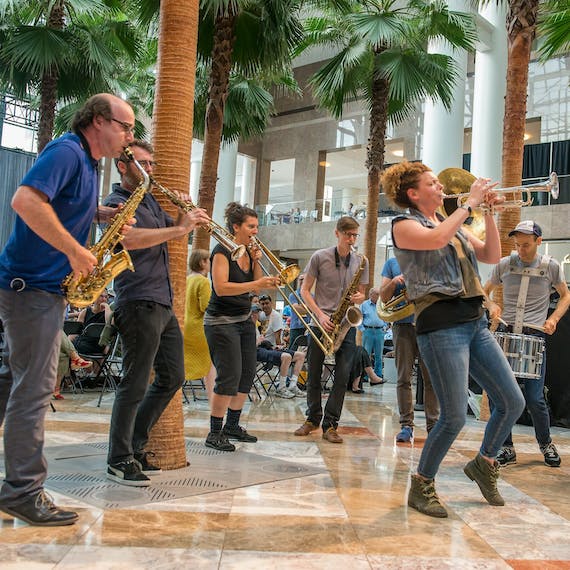 Concerts, operas, dance, documentaries, and more available in the United States and beyond. Start your free trial today!

This series of free concerts are sensational celebrations of sounds from around the globe and across the country. Partnering with local community organizations, exciting music is brought to neighborhoods in each of the city’s boroughs.