From the drumbeats of Mother Africa to the work songs and Spirituals created in a new land, a path can be traced to the blues, gospel, jazz, rhythm and blues, soul, and hip-hop expressions of African Americans that are celebrated around the world.

In 2009, soprano Jessye Norman curated one of Carnegie Hall’s first citywide festivals: HONOR! A Celebration of the African American Cultural Legacy. As a cornerstone of the festival, Miss Norman wanted educational initiatives to expand the audience’s journey of discovery, including the first interactive version of the Timeline of African American Music.

“Jessye was passionate about the idea of creating an ongoing resource that would help people to better understand the richness and complexity of African American musical traditions,” says Clive Gillinson, Carnegie Hall’s executive and artistic director.

Based on the work of Dr. Portia K. Maultsby—founding director of the Archives of African American Music and Culture at Indiana University and consultant for the National Museum of African American Music—the timeline became an integral part of the Hall’s online educational resources after the festival and continued to serve music lovers, educators, and students around the world for more than a decade. “In the years since HONOR!, we have been delighted to hear from educators, telling us how the timeline became a valuable tool in their classrooms, helping them trace the evolution of different musical genres and bring stories to life,” Gillinson adds. 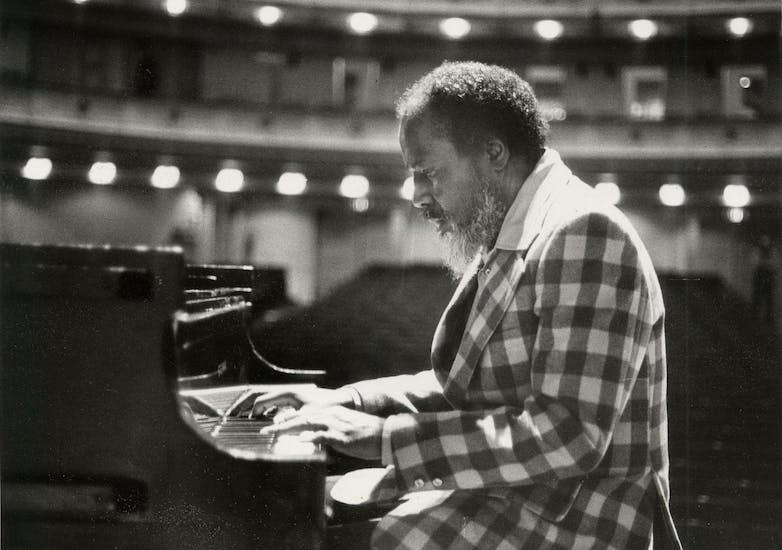 Many of the genres have a subset of styles and are often associated with specific historical periods, social contexts, and functions. The spiritual, for example, originated among enslaved and free Black people after their conversion to Christianity; the arranged version originated on Black college campuses after emancipation for presentation on the concert stage. The blues emerged in the cotton fields of the Mississippi Delta in the 1890s; blues forms associated with the second migration of African Americans from the agrarian South evolved in urban nightclubs. In the early 1970s, hip- hop originated in the inner cities as competitive recreation; by the 21st century, the genre had become big business as an appropriated global commodity.

“As a university professor, I want to bring validity to the study of this music, historically relegated to the fringes of many mainstream musical venues and academic spaces,” explains Dr. Maultsby. Through generous support from the National Endowment for the Humanities and the National Endowment for the Arts, the timeline has been reimagined and updated to serve a new generation of audiences. “I created the initial version of the timeline as a chart in 1980 for a survey class on African American music at Indiana University. My hope is that users of this interactive version will gain an appreciation of the history, significance, and cultural meaning of African American music that provides the foundation for the American popular soundtrack.”

This 2022 iteration of Dr. Maultsby’s work includes contributions from 24 additional scholars and specialists, presented in what Chris Amos—Carnegie Hall’s chief digital officer—describes as “an intricately connected text that embraces a dynamic visualization to highlight complex relationships” between genres and artists. He continues, “This technology is also being offered as an open-source template in hopes that this type of visualization will inspire others to create resources that feature other types of music and art forms.”

In addition to the interactive timeline with archival materials and audio examples, a series of articles has been commissioned that cover a range of topics, including “African Origins and Adaptations in African American Music” to “Media, Technology, and the African American Music Business.”

“It’s been wonderful to build on the original project to create something even more exciting, accessible, and comprehensive,” Gillinson continues. “I know Jessye would have been so proud of all that her dream has become.”

Carnegie Hall explores the timeline of African American music, from 1600 to the present day. Learn more about the origins, influences, and future of music.

Six Jazz Classics and the Fight for Civil Rights

Learn about the five leading Afrofuturism experts Carnegie Hall brought together to create this visionary festival.