One Lucky Contest Winner To Make Their Own Carnegie Hall Debut 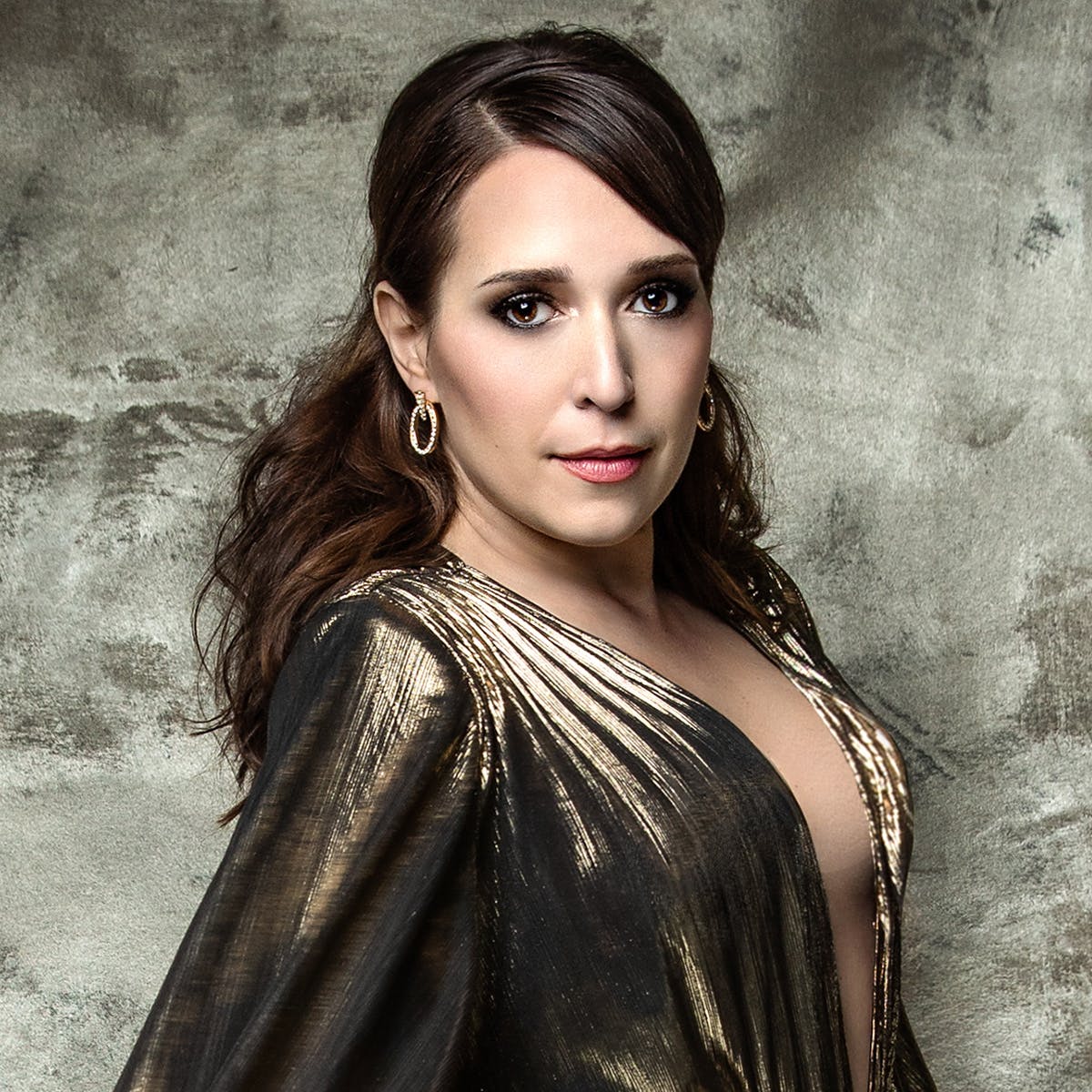 Vosk's path to Carnegie Hall wasn't exactly "Practice, Practice, Practice." She started her career in finance, and after quitting her steady job to pursue performing, she quickly went from understudy (in Bridges of Madison County) to ensemble (in Finding Neverland) to principal (in Fiddler on the Roof) to leading lady (in Wicked) before finding her way to Carnegie Hall.

To celebrate the occasion, one lucky fan will get to make their own Carnegie Hall debut for an on stage duet with Jessica. To enter, participants were asked to upload a 16-bar cut of their choosing to TikTok, while tagging @JessicaVosk and using the hashtags #VoskTok and #VoskyAtCarnegie. A winner will be chosen October 25 via Vosk's social media, from more than 200 entries.

"I have never been so honored in my life to set foot on the iconic Carnegie Hall stage," Vosk said. "To be given this opportunity is one that will never leave me, and one that will continue to humble me and remind me of what it has really taken to get here. I will share the stage with my dearest friends, most importantly in a room full of people I've been waiting to see for 18 months. I am tearfully happy to see you, you have no idea. And to be able to hold a contest and give someone their Carnegie Hall debut alongside mine? That's what it's all about! Dreams come true. I am so grateful."

About the Artist
Jessica Vosk is best known for her star-turn as Elphaba in Wicked the musical both on tour and in the 15th Anniversary Broadway company. Most recently, Jessica starred as the Narrator in the 50th anniversary production of Joseph and the Amazing Technicolor Dreamcoat, at Lincoln Center and created the role of Aunt Val in the world premiere of the new musical Becoming Nancy, directed and choreographed by Jerry Mitchell. She starred in the NYC Ballet Jerome Robbins tribute Something to Dance About, directed by Warren Carlyle, where she was the first singer to star onstage with the company of the New York City Ballet. Her Broadway credits include the role of Fruma Sarah in the revival of Fiddler on the Roof; Finding Neverland and The Bridges of Madison County. She starred as Anita in the Grammy-nominated San Francisco Symphony’s West Side Story. Jessica independently produced two albums: “Wild and Free” and “A Very Coco Christmas,” which both debuted on the Billboard and iTunes Charts and are available to stream on all platforms. Next year, you can find Jessica overseas, making her London concert debut at Cadogan Hall, then traveling to Ireland for a concert at the National Opera House. Her unusual path to Carnegie Hall came started with a career in finance, before taking a leap to try and make her way to the Broadway stage. Her one-of-a-kind story has been covered by ABC’s 20/20 and NBC Nightly News, to name a few.

Complementing these performance activities, Carnegie Hall’s Weill Music Institute creates wide-reaching music education and social impact programs that annually serve more than 800,000 people in the New York City area, nationally, and internationally, and even more through a growing initiatives online. These programs play a central role in delivering on Carnegie Hall’s commitment to making great music accessible to as many people as possible. For more information about Carnegie Hall, please visit carnegiehall.org.

Major funding provided by The Blanche and Irving Laurie Foundation.

Tickets, priced at $40—$89, are available at the Carnegie Hall Box Office, 154 West 57th Street, or can be charged to major credit cards by calling CarnegieCharge at 212-247-7800 or by visiting the Carnegie Hall website, carnegiehall.org.

Please note: to support a safe reopening for in-person events and in accordance with the advice of medical and public health experts, all artists, visitors, and staff will be required to show proof of full vaccination against COVID19 with a vaccine approved by the World Health Organization (WHO) in order to enter Carnegie Hall. Currently, we are unable to welcome attendees under the age of 12 who are not fully vaccinated. While inside Carnegie Hall, all guests must wear a properly fitting mask over their nose and mouth except when eating or drinking in designated areas.