In early 2016, Carnegie Hall launched The Somewhere Project, a sprawling citywide exploration of West Side Story mounted in honor of the Hall’s 125th anniversary. Nearly 10,000 people from across all five boroughs engaged with this masterwork’s timeless music and themes. From March 4 to 6, 2016, three extraordinary culminating performances of West Side Story were presented at the Knockdown Center, a restored factory in Queens. In the weeks leading up to the production, students and community members across New York City wrote original songs inspired by West Side Story in the Hall’s songwriting projects. A group of community-based arts organizations also joined Carnegie Hall in this journey, exploring themes of the project in their own programming. In all of these settings, young people, artists, and community members affirmed how the themes found in this quintessential New York story written more than 60 years ago—love, conflict, learning to live alongside those who are different in this diverse and complex city—still resonate among us in such a contemporary way.

The project culminated in three special performances of West Side Story at the Knockdown Center, a restored glass and door factory that provided an unforgettable setting. Directed by Amanda Dehnert, high school–aged apprentice performers joined the cast of the production, immersing themselves in every dance step of this incredible work alongside professionals. The production also featured a choir of high school students from across the city under the direction of Marin Alsop. Jerome Robbins’s choreography was reset by Julio Monge, with additional choreography provided by Sean Cheesman.

During the 2015–2016 season, Carnegie Hall partnered with city and state agencies to offer songwriting workshops to public school students and community members, giving them the opportunity to express themselves through their own original music inspired by West Side Story. Much of the music was performed in free Neighborhood Concerts in each borough of New York City in the weeks leading up to the Hall’s West Side Story production.

In the 2015–2016 season, teens and adults across school, community, and justice settings wrote original music inspired by West Side Story and performed in their community as part of “The Somewhere Project.”

This eight-part interactive companion course was created for users around the globe as part of Carnegie Hall’s “The Somewhere Project.” Participants can learn about the history and social issues that inspired West Side Story, watch videos by experts in the field, and get professional performance instruction in dance, acting, audition preparation, and more.

Play Video
The Somewhere Project: The Making of West Side Story

Learn from Soundfly about the history and making of West Side Story.

Twelve partner organizations across artistic disciplines also joined the project, exploring its themes in their own programming: 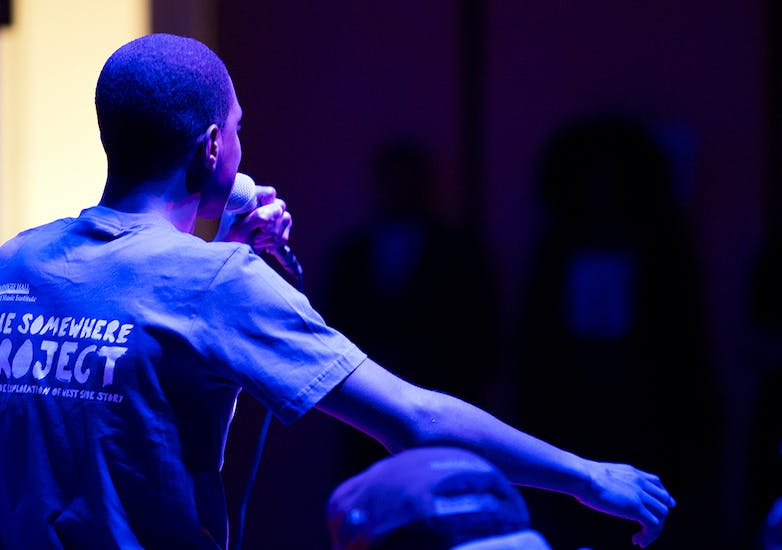 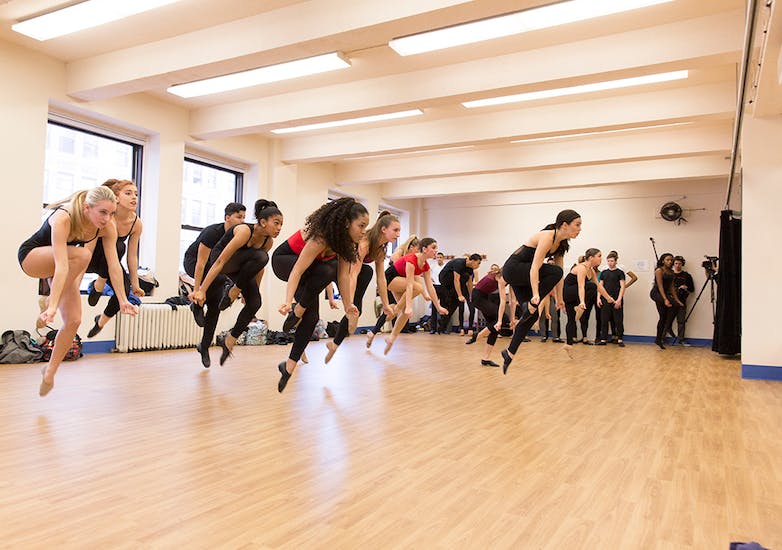 Behind the Scenes of West Side Story Google Arts & Culture Exhibit

Go behind the scenes of Carnegie Hall’s production of West Side Story with Google Arts & Culture.