For its third season in 2015, the National Youth Orchestra of the United States of America (NYO-USA) realized its most ambitious tour to date, traveling for 15 days in China on the orchestra’s first visit to Asia, giving seven concerts in architecturally and acoustically spectacular concert halls, and experiencing different facets of China by visiting several major regions of the country. The culmination of two years of planning, NYO-USA’s tour and its role as a musical ambassador were recognized by both nations as an achievement of the annual US-China High Level Consultation on People-to-People Exchange (CPE), becoming one of four Cultural Pillars highlighted during the fifth CPE in Beijing.

Before embarking on the historic tour, 114 musicians from across the USA gathered, as in previous summers, at Purchase College, SUNY, for two intensive weeks of rehearsals and wide-ranging coaching by principal players from America’s top orchestras. NYO-USA Orchestra Director James Ross again prepared the musicians in the repertoire for the tour, while also mentoring two apprentice conductors, who were a new addition to the 2015 NYO-USA roster and had the opportunity to lead NYO-USA in rehearsal. The Purchase residency saw five new video projects created by the 2015 players to help introduce the new class of musicians to audiences in the USA and in China, as NYO-USA added an official Chinese Weibo page and Youku channel to its social media presence. The 2015 guest artists and program paid tribute to China in multiple ways, starting with NYO-USA’s invitation to conductor Charles Dutoit, who has been one of the most active figures in leading both Western and Chinese orchestras within China. One of the works with which he is most closely identified, Berlioz’s Symphonie fantastique, was the anchor of the 2015 program. To open each concert, Carnegie Hall commissioned one of China’s most celebrated composers, Tan Dun, to write a piece for the orchestra. Relishing the opportunity to connect East and West, new technology and ancient instruments, he produced an evocative, colorful score, Passacaglia: Secret of Wind and Birds, in which the musicians played both their own instrument and sound clips from their mobile devices (through which the audience was also invited to participate in each performance). For NYO-USA musicians, the opportunity to work with Tan Dun, who beautifully articulated the power music has to connect people of different places and generations, proved deeply inspiring. Another great Chinese artist, pianist YUNDI, was NYO-USA’s soloist, performing Beethoven’s magisterial “Emperor” Concerto.

NYO-USA’s program was heard twice at home prior to the China tour: at Purchase College’s Performing Arts Center and at Carnegie Hall. The 2015 concert was not only broadcast as part of the Carnegie Hall Live radio series, but was also webcast live by medici.tv (and now archived online on the NYO-USA YouTube channel). Just before these concerts, the entire NYO-USA was welcomed at the Consulate General of the People’s Republic of China at a send-off reception hosted by Consul General Zhang Qiyue for more than 300 guests, including former US Secretary of State Henry Kissinger. At the consulate, NYO-USA’s brass, percussion, and harp sections previewed works that would be heard as part of free pre-concert lobby performances in each of the Chinese venues.

The China tour began at Beijing’s National Centre for the Performing Arts (NCPA)—an extraordinary venue in the heart of Beijing known colloquially as “The Egg.” NYO-USA’s debut in China was also broadcast nationally, adding 500,000 online and radio listeners to the sold-out crowd in the NCPA Concert Hall. Setting a pattern that would recur at each concert, the audience responded with great warmth and appreciation after each work, but none more so than NYO-USA’s final encore, a full orchestra arrangement of Qigang Chen’s “You and Me” (beloved in China as the theme song of the 2008 Olympic Games in Beijing).

From Beijing, the orchestra traveled to Shanghai, Suzhou, Xi’an, Shenzhen, Guangzhou, and Hong Kong, gradually working its way south. Major historical and cultural sites throughout the tour (the Great Wall of China, the Forbidden City, the Terracotta Warriors, I.M. Pei’s Suzhou Museum, and the Asia Society Hong Kong Center), as well as a mix of modern and traditional cityscapes at each stop, provided the students with a whirlwind immersion in 21st-century China. NYO-USA also had the chance to meet and make music with their peers in the Guangzhou Youth Orchestra and the Hong Kong Philharmonic along the way, and made immediate connections though the common language of music, some of which continued online well after NYO-USA returned home, exhausted but greatly nourished by this once-in-a-lifetime experience.

Captivating audiences throughout the world, Charles Dutoit is one of today’s most sought-after conductors. He has performed with major orchestras and on stages in five continents and ...

Captivating audiences throughout the world, Charles Dutoit is one of today’s most sought-after conductors. He has performed with major orchestras and on stages in five continents and is currently the artistic director and principal conductor of the Royal Philharmonic Orchestra in London. Mr. Dutoit recently celebrated his 30th year of artistic collaboration with The Philadelphia Orchestra, who bestowed upon him the title of conductor laureate. He collaborates every season with the Chicago Symphony Orchestra, Boston Symphony Orchestra, San Francisco Symphony, New York Philharmonic, and Los Angeles Philharmonic, and is also a regular guest on stages in London, Berlin, Paris, Munich, Moscow, Sydney, Beijing, Hong Kong, and Shanghai, among others.

While still in his early 20s, Mr. Dutoit was invited by Herbert von Karajan to conduct the Vienna State Opera. He has since conducted at the Royal Opera House, Covent Garden, in London; the Metropolitan Opera; Deutsche Oper Berlin; Teatro dell’Opera di Roma; and Teatro Colón in Buenos Aires. He was made honorary citizen of the City of Philadelphia in 1991, grand officier de l'Ordre national du Québec in 1995, commandeur de l'Ordre des Arts et des Lettres by the government of France in 1996, and was invested as honorary officer of the Order of Canada in 1998. In 2007, he received the Gold Medal of the City of Lausanne, his birthplace, and was given the Lifetime Achievement Award from the International Classical Music Awards in 2014.

Mr. Dutoit holds honorary doctorate degrees from McGill University, University of Montreal, Laval University, and the Curtis Institute of Music. A globetrotter motivated by his passion for history, archaeology, political science, art, and architecture, he has traveled all over the world. 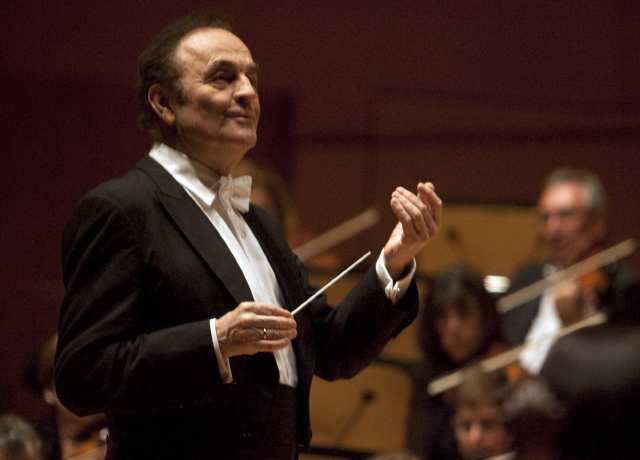 Born in Chongqing, China, YUNDI began studying piano at the age of seven. He subsequently trained at the Shenzhen University Arts School and Hochschule für Musik, Theater und Medien Hannover. YUNDI was propelled onto the international stage when he won first prize at the 14th International Chopin Piano Competition at the age of 18, becoming the youngest and first Chinese winner in the history of the renowned competition. Since then, he has been regarded as a leading exponent of Chopin’s music. In recognition of his contribution to Polish culture, YUNDI was presented with a Gold Medal for Merit to Culture “Gloria Artis” in 2010. He maintains a strong connection with Poland and will sit on the jury of the 17th International Chopin Piano Competition in 2015.

YUNDI has a large following and is a household name in his native China. At the beginning of the 2013–2014 season, he embarked on a 35-city recital tour of the country, bringing classical music to provincial capitals as well as second and third-tier cities. In addition to his activities on the concert platform, YUNDI is also passionate about humanitarian work. He is an ambassador of the Red Cross Society of China and the environmental and city image ambassador for his hometown Chongqing.

Equally committed to promoting classical music in an educational context, YUNDI is one of the pioneers of musical education in China, where his success story has inspired millions of children learning the piano. He has also given master classes at the Royal College of Music, University of Cambridge, and Qinghua University in Beijing. In fall 2012, he was appointed associate dean and professor of the piano faculty at the Sichuan Conservatory of Music, the youngest member of the faculty to achieve this status.

YUNDI has an extensive discography with Deutsche Grammophon and EMI Classics. In 2007, he became the first Chinese pianist to record live with the Berliner Philharmoniker and Seiji Ozawa. This Deutsche Grammophon recording met with rave reviews and was named Editor’s Choice by Gramophone magazine. For EMI Classics, YUNDI has recorded the complete Chopin Nocturnes, Live in Beijing, and Red Piano, an album celebrating piano music written by Chinese composers. Following a recording of three Beethoven piano sonatas, YUNDI’s most recent CD on Deutsche Grammophon includes Beethoven’s “Emperor” Concerto with the Berliner Philharmoniker and Daniel Harding and Schumann’s Fantasy in C Major, Op. 17. Future plans include recordings of works by Chopin. 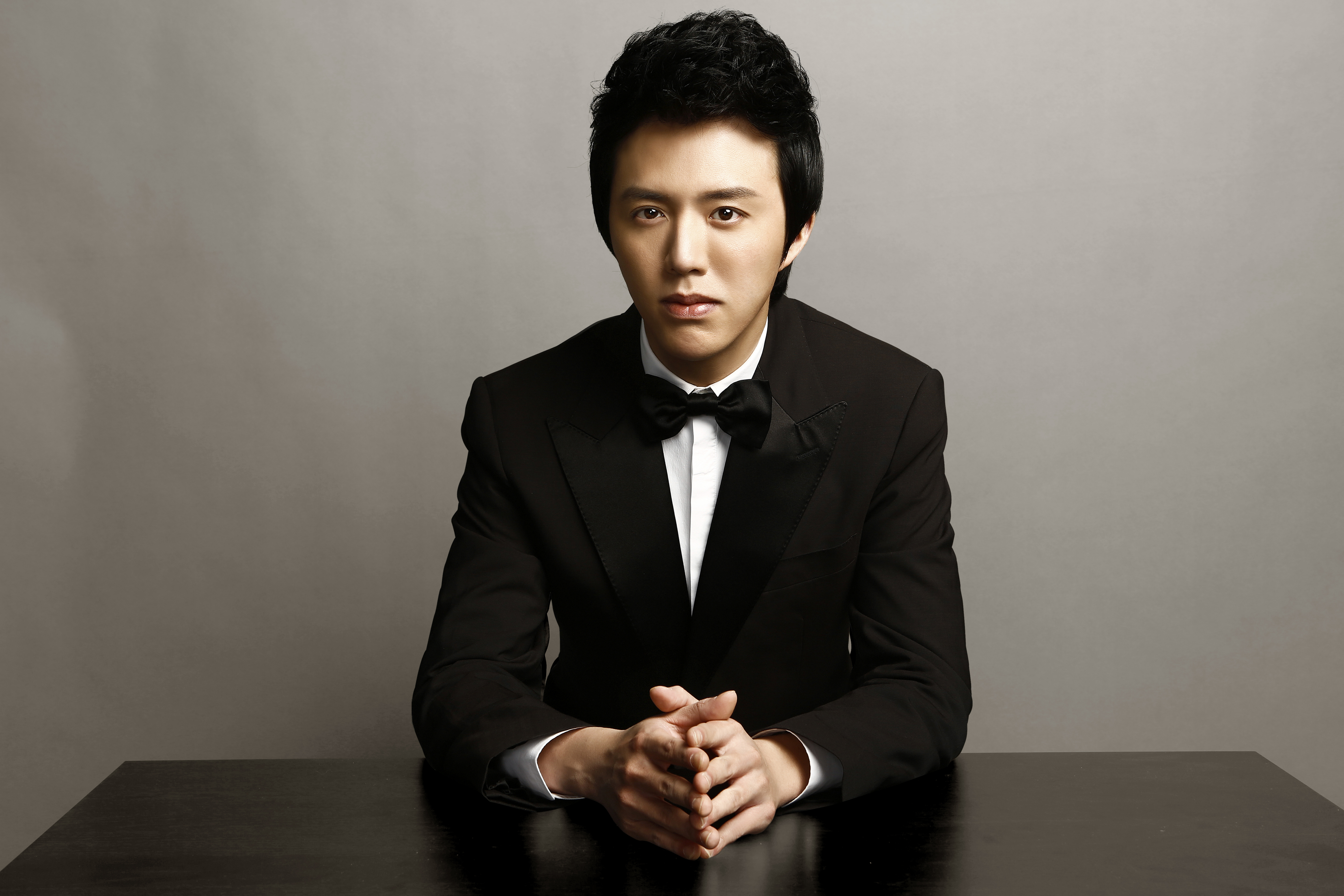