“Panama Mwen Tombe” is a popular folk song in Haiti with lyrics that seem simple and childlike. But the song is actually believed to refer to the unexpected death of former Haitian President Florvil Hyppolite in 1896. Legend has it that while he was on his way to Jacmel to secure the city from attack, his hat fell off, which is a bad omen in Haiti. Ignoring this, he mounted his horse and continued on his way, but before he got there, he had a heart attack, fell of his horse, and died. The song has been reinterpreted many times, reflecting Haiti’s evolving political situation and offering a warning to politicians about the desire for too much power.

I left the city of Jacmel
I went to La Vallée
When I got to the intersection at Bainet,
My hat fell off. 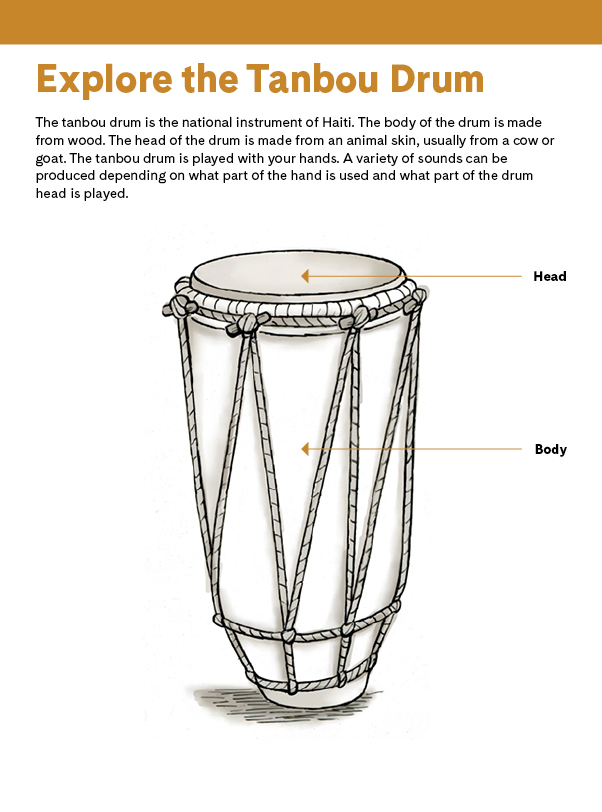 In “Panama Mwen Tombe,” the president’s hat falls to the ground. In Haiti, that is considered a bad omen. Discuss some other things that some people believe bring bad luck.

Invite your students to bring this topic home to discuss with their families and learn about any beliefs specific to their cultures. Ask them to share what they learned with the class. Notice how different cultures have different beliefs, and why they may differ.

In Little Fanfan Sings and Dances in Haiti by Susan Gleason Pierre-Louis, Little Fanfan describes Haiti for the reader, from what the island looks like to how its people celebrate Haiti’s birthday on January 1! 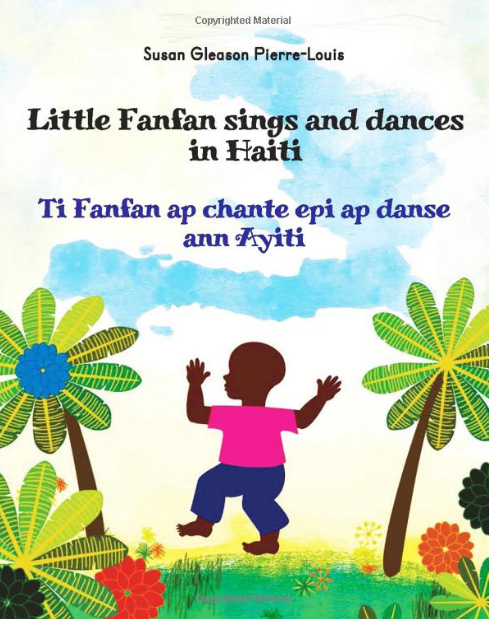 Add the word tanbou to the Musical Word Wall.

“View of Haitian Landscape” by Michelle Walz Eriksson is licensed by CC BY 2.0.