Calypso traces its roots to West Africa in the 1600s, drawing on traditions of social commentary and improvisational lyrics in song. Modern calypso was born in Trinidad and Tobago in the early 1900s, when these West African traditions mixed with chantuelle, a Creole vocal tradition that accompanied stick fights known as kalenda. Calypso developed in tandem with Carnival and Kambule. Kambule is the solemn costumed procession commemorating the emancipation of enslaved Africans, and Carnival is the pre-Lenten ritual brought to Trinidad by French Catholic settlers. It was within this fertile breeding ground of masquerades, parades, and musical competitions that all the elements of calypso were developed, including the steel pan and steel band. As the century progressed, well-known calypso singers began performing and recording in New York, which led to a New York version of calypso that dealt with themes specific to life in the city.

Etienne was born in Trinidad and grew up with calypso, as well as many other kinds of music. He went on to study jazz trumpet, first in Florida and then in New York. As a trumpet player, bandleader, and composer, he is drawing constantly on his Afro-Caribbean roots. “Jazz is creole music,” he says. “As a person in the new world, I’ve been influenced by so much music. I come from a fusion of rhythms, a fusion of cultures.”

Introduce your students to Etienne with this “Meet Etienne” video. Visit the video index to watch all the videos for Etienne and the other Program Eight artists.

Introduce students to Etienne with this digital resource. 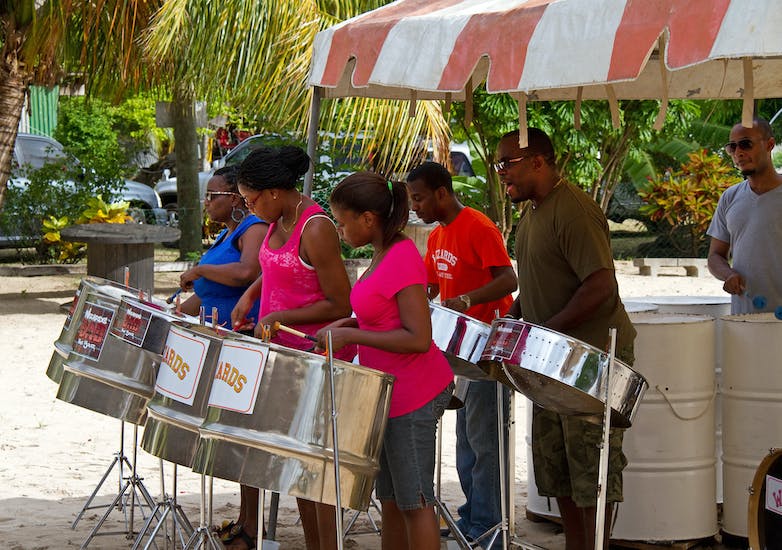