Hip hop is the latest iteration of black music in America. Its roots lie in the ancient storytelling traditions of the West African griot, brought to the US during the trans-Atlantic slave trade. Enslaved Africans managed to keep some of these oral traditions of song and poetry alive, and to create new forms of music. During slavery and in the century that followed, the lineage of African American music grew to encompass spirituals, jazz, blues, rock, soul, R&B, and in the late 1970s, hip hop. Pioneered by African American, Latinx, and West Indian teenagers in the South Bronx, hip hop continues the West African practice of telling the stories of the people through rhythm and voice. In Asanté’s words, “Hip hop embodies the spirit of revolution and innovation that continues to survive in black and brown people despite challenging social situations and systematic oppression.”

Introduce students to Soul Science Lab with this digital resource. 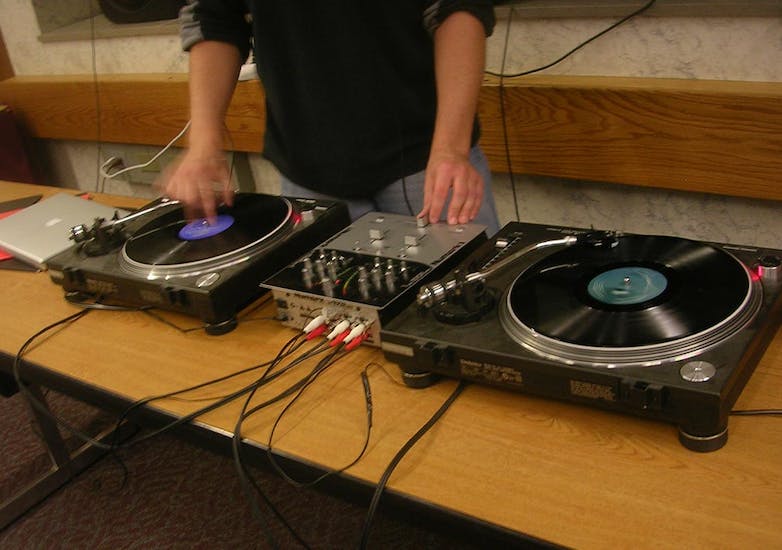 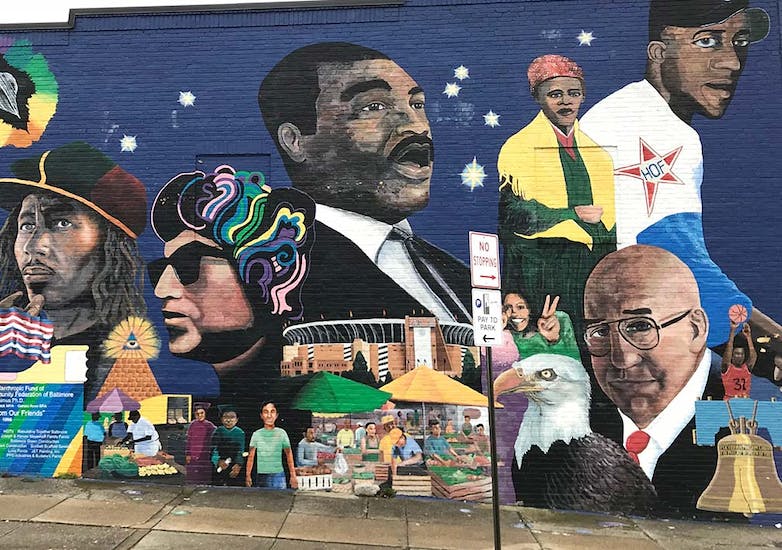 Lesson 2: Learning “Higher”
Students explore lyrics and message as they learn “Higher,” and explore ways to create their own hip hop songs.

“Turntables” by Andrew Evans is licensed by CC BY 2.0.
“A Little Help From Our Friends,” Robert Hieronimus 1996, photo by Baltimore Heritage.